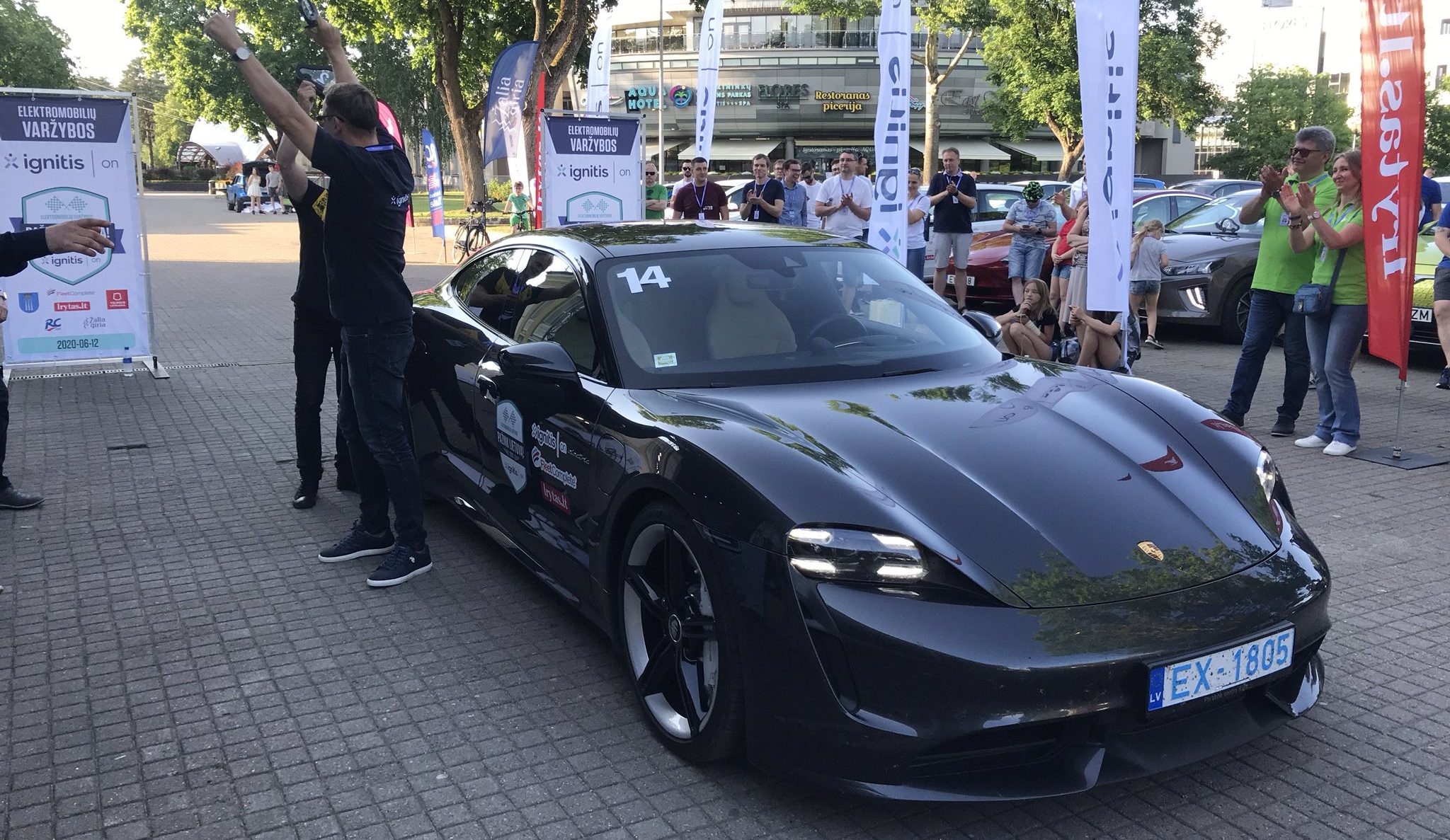 During the recently-conducted 500 km electric car race “Ignitis ON: get to know Lithuania!” in Druskininkai, Lithuania, a stunning black Porsche Taycan Turbo proudly crossed the finish line in 5 hours 47 minutes and 14 seconds. That was very impressive for the Taycan Turbo, which made its debut in the race this year. But inasmuch as the 500 km race was a big win for Porsche’s flagship electric car, there was one little detail that tempered its victory.

Ultimately, it appears that Tesla’s battery tech and charging capabilities played a key part in the Model 3’s win at the endurance race. The team behind the Model 3 stated that they only stopped to charge their vehicle once during the 500 km race, and their stop only lasted 29 minutes. After that, it was a straight sprint to the finish line.

The team behind the Porsche Taycan Turbo did not indicate how many charging stops they needed to cover the 500 km distance. That being said, it should be noted that the Taycan Turbo has an EPA rated range of 323.5 km (201 miles), which is quite conservative compared to the Tesla Model 3, whose Long Range version provides 518 km (322 miles) of EPA rated range.

The Paliūtis Racing team members did not indicate if they stopped at a Tesla Supercharger, though the length of their single charging stop suggests that the drivers may have stopped at a rapid charger. Had the Model 3 been able to charge at a faster Supercharger V3 station, it could have widened its gap with the Taycan Turbo even further.

In a statement following the event, Stelionis hinted that Tesla’s debut at the endurance race could not have been better.

“We have heard good feedback about this competition a long time ago, but we participated in the event only for the first time. At the same time, it was the debut of Tesla. I really enjoyed the event, we will campaign for colleagues to participate as well. And not just because we have already won the debut. Extremely attractive, just perfectly balanced, forcing to look for the most rational solutions, a competitive part and a great attraction, which allows to get to know the native land and its unique corners better,” Stelionis said.

It should be noted that the Model 3 is not Tesla’s flagship vehicle, especially when it comes to range. Had the Paliūtis Racing team members used a Tesla Model S, whose Long Range AWD and Performance versions are EPA rated for 629 km (391 miles) and 560 km (348 miles), respectively, the team might have been able to complete the entire endurance race in one charge. Nevertheless, a one minute lead is not bad at all for the Model 3, considering that its most expensive variant costs about a third of the price of the Porsche Taycan Turbo S.