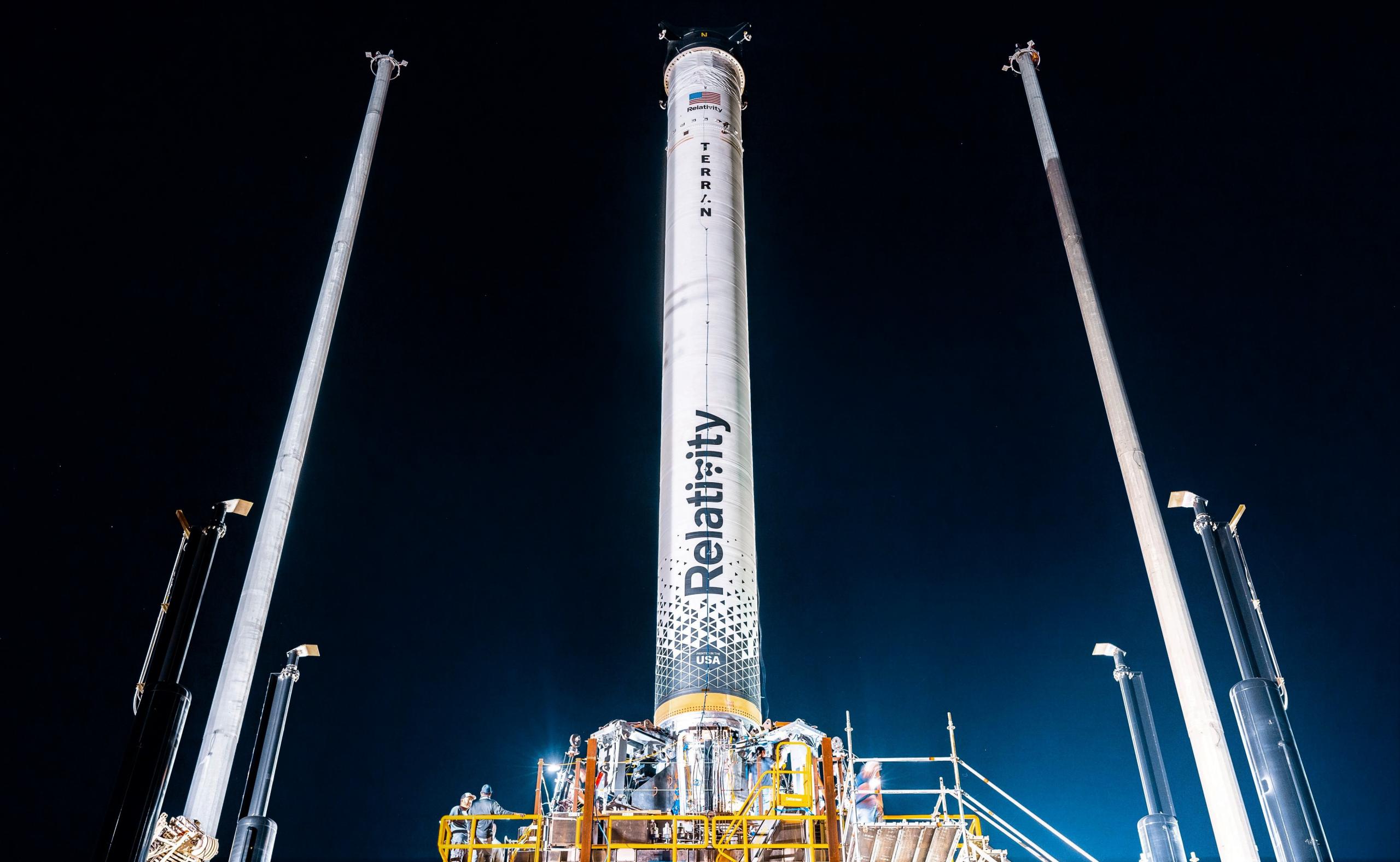 While tiny in comparison, Terran-1’s booster is still a relatively large and powerful rocket, and testing it poses significant challenges. Instead of building a custom test stand elsewhere, Relativity has chosen to conduct almost all first-stage qualification testing at its Cape Canaveral Space Force Station (CCSFS) LC-16 pad.

That plan increases the risk of the rocket damaging Relativity’s only available launch pad, significantly delaying launch preparations, but it also has the potential to save time by doubling as a launch pad shakedown. Aside from basic concrete features and foundations, LC-16 was essentially a blank slate when Relativity arrived, so qualifying the pad – virtually all of which is new and recently installed – is no small feat on its own.

On June 28th, CEO Tim Ellis revealed that the booster had already completed “pneumatic proof testing” and made it through its “first propellant loading” test less than a month after arriving at LC-16. That would be fast for the first prototype of any new orbital-class rocket, but Relativity’s Terran-1 has an extremely unique feature that makes that speed even more impressive: by mass, the vast majority (85%) of the rocket was manufactured with 3D printing. In effect, most of Terran’s airframe and tanks are just giant, continuous welds that were precisely manipulated into cylinders, domes, and more. While the rough surface finish leaves something to be desired and likely reduces the overall efficiency of the rocket’s airframe, Relativity says that the composition of the metal in its printed structures is almost identical to a more traditionally-manufactured component.

Relativity’s ultimate hope is that the technical groundwork it is laying will allow it to manufacture complex and high-performance rockets with minimal human intervention, drastically lowering production costs. One day, the descendants of those semi-autonomous factories might even be used to construct rockets and other complex machines and infrastructure on Mars or other extraterrestrial destinations.

First, though, the company needs to start successfully launching Terran-1 rockets and fully prove the concept. Up next, Relativity will likely perform a full wet dress rehearsal, a launch simulation in which the rocket is loaded with propellant and pressurized for flight. Once that step is complete, Relativity will attempt one or several static fire tests, culminating in a full-duration multi-minute static fire or “mission duty cycle.”