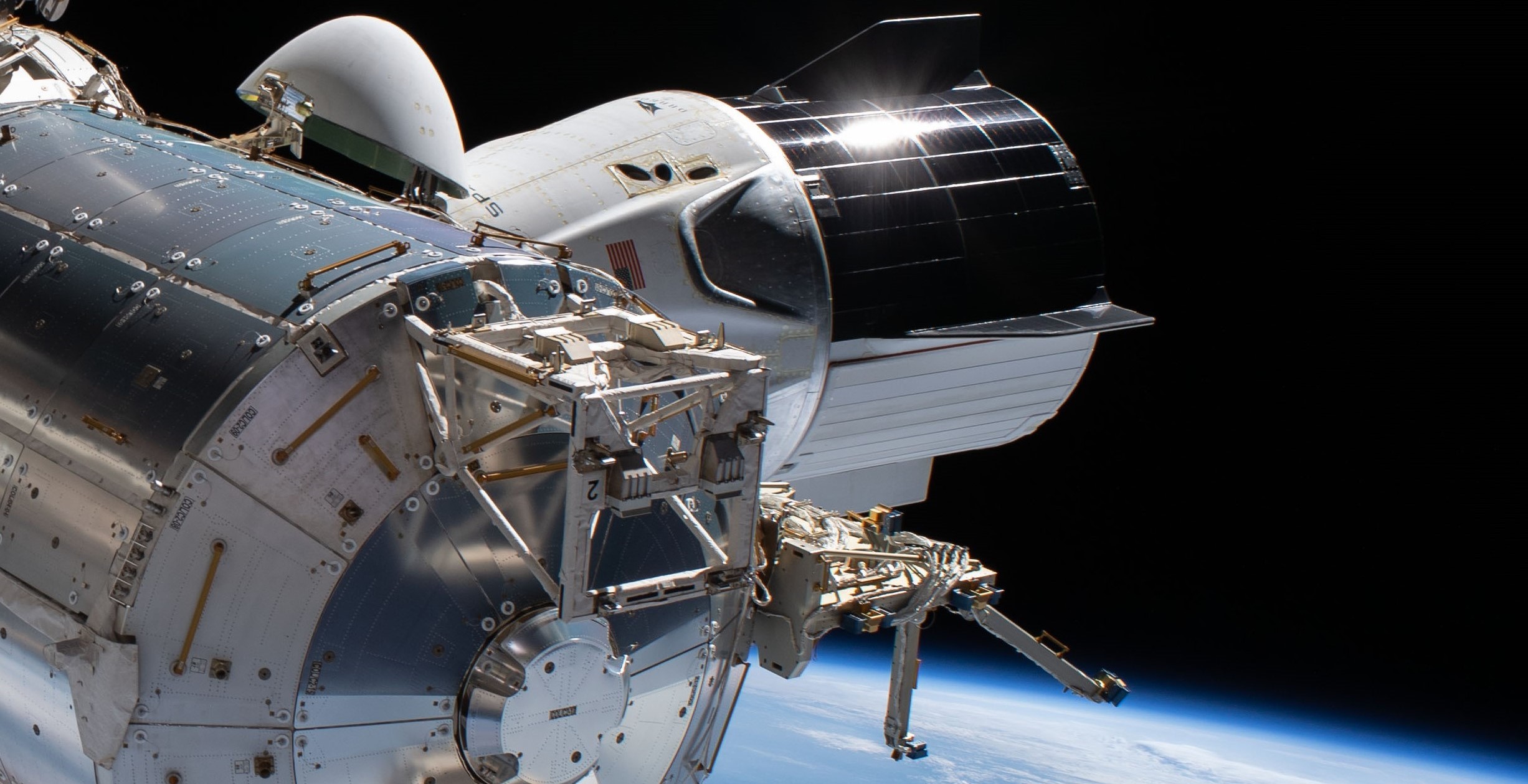 SpaceX's first astronaut-proven Crew Dragon spacecraft was captured on camera during a spacewalk by the same NASA astronaut that piloted it. (NASA)

SpaceX’s first astronaut-proven Crew Dragon spacecraft has been caught on camera by one of the two NASA astronauts that piloted it during a routine spacewalk to repair the orbital International Space Station (ISS).

While outside the station to replace aging lithium ion batteries tasked with storing solar energy and powering the ISS during orbital night, NASA astronaut Bob Behnken was also able to take photos. Documenting the complex task that must be done during extravehicular activities (EVAs/spacewalks) is a routine and crucial part of ensuring that things go according to plan and knowing what went wrong when they don’t.

As an excellent side effect of that important work, some of those same photos can be less technical and more whimsical, capturing spectacular views of the orbital outpost. For the current crew, the location of the batteries that needed to be replaced luckily coincided with the location of most US docking and berthing ports, creating an opportunity for the two NASA astronauts to capture photos of the newest addition to the space station.

SpaceX’s historic Crew Dragon spacecraft has now spent more than a month in orbit since its May 30th astronaut launch debut and May 31st space station arrival. Crew Dragon is the seventh US spacecraft ever to launch astronauts into orbit in more than half a century of human spaceflight, making NASA’s photos of the vehicle all the more significant.

While decidedly less significant, as of July 3rd, Crew Dragon capsule C206 is also just 5-6 days away from breaking SpaceX’s record for a longest-duration orbital spaceflight – currently held by Cargo Dragon C111 and C112 after ~39.5 days spent in orbit.

Short of a major emergency, the Demo-2 Crew Dragon is all but guaranteed to smash that record. According to current plans, the spacecraft is scheduled to attempt the second, equally critical half of its demonstration mission – safely returning NASA astronauts Bob Behnken and Doug Hurley to Earth – no earlier than (NET) August 2nd. NASA has to balance its competing needs for Crew Dragon to complete its Demo-2 mission sooner than later and the completion of several critical maintenance tasks (several involving spacewalks like the one on July 1st) while the space agency has a full crew compliment aboard the ISS.

When Behnken and Hurley depart the ISS in August, NASA will have just one crew member – Chris Cassidy – aboard the station until SpaceX and the space agency are ready for their second Crew Dragon astronaut mission. Known as Post Certification Mission 1 (PCM-1) or Crew-1, a brand new Crew Dragon is scheduled to launch four astronauts – three NASA and one JAXA (Japan’s space agency) – no sooner than six weeks after Demo-2 successfully splashes down. If things don’t go perfectly during Crew Dragon’s first crewed reentry, descent, and landing, that gap will grow significantly.

Either way, it’s likely that Crew Dragon C206 will spend at least 60-70 days in orbit before SpaceX and NASA attempt to return Behnken and Hurley to Earth. For now, the historic Dragon spacecraft will get to enjoy at least a few more weeks at the International Space Station.