Starship is visualized here landing on Mars. Initial Texas hop tests will likely look similar, albeit in Earth gravity and over concrete. (SpaceX)

SpaceX CEO Elon Musk has suggested that the company’s newly revamped Starship and Super Heavy rocket (previously known as BFR) could perform its first integrated launches – placing Starship into orbit – as few as 12-24 months from today.

Musk indicated that the odds of Starship reaching orbit as early as 2020 are now as high as “60% [and] rising rapidly”, thanks in no small part to the flurry of radical changes the spacecraft and booster have both undergone over the course of 2018.

Probability at 60% & rising rapidly due to new architecture

Combined with a decision – made public at a September 2018 media event – to delay the debut of a vacuum-optimized upper stage Raptor (RVac) and stick with its mature sea level variant, Musk apparently is quite confident that these dramatic shifts in strategy will allow SpaceX to aggressively slash the development schedules of its next-gen launch vehicle. Intriguingly, Musk noted that while these “radical” design changes were almost entirely motivated by his desire to expedite the fully-reusable rocket’s operational debut, it apparently became clear that the cheaper, faster, and easier iteration could actually end up being (in Musk’s own words) “dramatically better” than its exotic carbon-composite progenitor.

Time. Although it also turned out to be dramatically better.

Let there be little doubt – I am still immensely skeptical of this radical redesign and the implausible logistics of conducting said redesign at the last second while somehow maintaining the test schedule, let alone expediting it by 6-9 months. Despite the fact that Musk does seem to have a compellingly rational answer to every question thus far asked, he was no less convincing in mid-2016 when he stated with contagious conviction that Tesla’s Fremont factory would be an almost 100%-automated “alien dreadnought” as early as 2018. There is, of course, nothing wrong per se with being wrong, although taking 24 months and several hundred million dollars to realize as much can be downright fatal or at least a major health risk for any given company that faces such a challenge, as was the case with Tesla.

Skepticism aside, there are equally many reasons to be optimistic about the future of SpaceX’s Starship/Super Heavy (BFR) program over the next several years. Not only do metal hot structures have a proven track record of success (admittedly in the 1960s and for suborbital conditions, but still), but the century and a half humans have been making and building with steel serves to aggressively reduce risk in BFR’s development, whereas a giant, highly-reusable spaceship and rocket built mainly out of carbon composites is about as exotic, challenging, and alien as one could muster. One step further, Musk appears to be dead-set on the trade that the benefits of moving from composite to stainless steel far, far outweigh the costs.

BFS/Starship shows off some of its heat shield. SpaceX may be looking into an advanced NASA solution for BFR’s thermal protection system. (SpaceX) 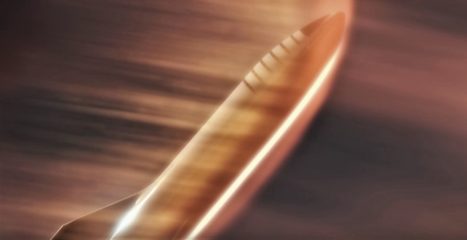 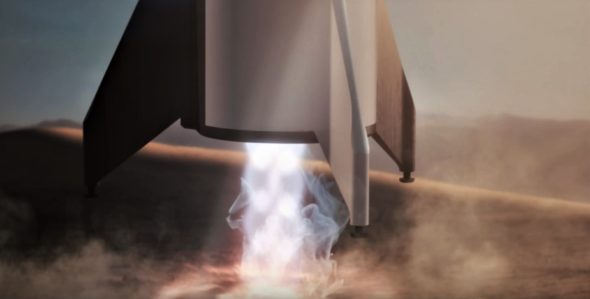 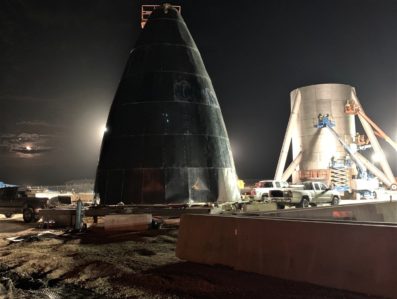 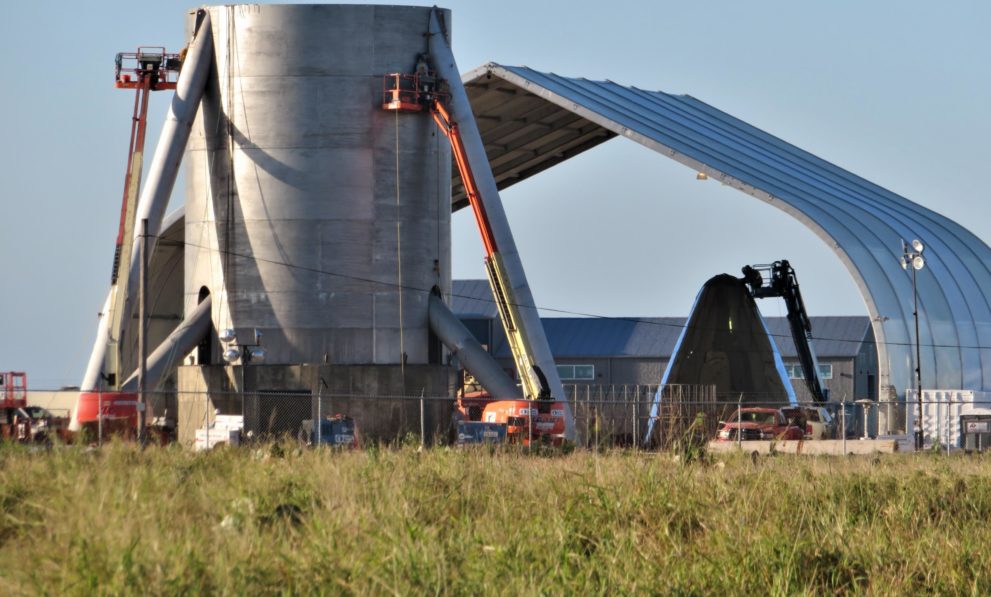 Most notably, Musk’s implication that a steel alloy skin – albeit with regenerative (i.e. liquid) cooling – could genuinely stand in for SpaceX’s ablative PICA-X heat shield technology on Starship was the most unintuitive but logical shift yet. Although steel alloys may literally have densities that are significantly higher than carbon composites, composites simply cannot (at least in the current state of the art) withstand high temperatures like those that Starship would inevitably experience during orbital and interplanetary reentries. As a result, Starship would need an extremely advanced heat shield technology that is minimally ablative, extremely lightweight, robust, and shock-resistant, not to mention an additional layer capable of mounting it to Starship’s composite hull while also insulating the propellant tanks and structure from the extreme heat of reentry.

Leeward side needs nothing, windward side will be activity cooled with residual (cryo) liquid methane, so will appear liquid silver even on hot side

Steel, on the other hand, is one of the least thermally conductive metals available, while also featuring alloys with melting points that can approach and even surpass 1500 degrees C. With regenerative cooling, it’s entirely possible that a hot steel shield and fusion of propellant tanks and load-bearing structures could ultimately result in a spaceship far more reusable, reliable, and perhaps even performant that a spaceship relying on exotic heat shield materials and linerless carbon composite propellant tanks.

Perhaps BFR Block 2 or 3 will make room for dramatically improved composite formulations and production methods down the road, but advanced steel and other metal alloys appear to be the way forward for SpaceX for the time being. For now, we can sit, watch, and wait as something comes together at the company’s South Texas test and launch facilities.