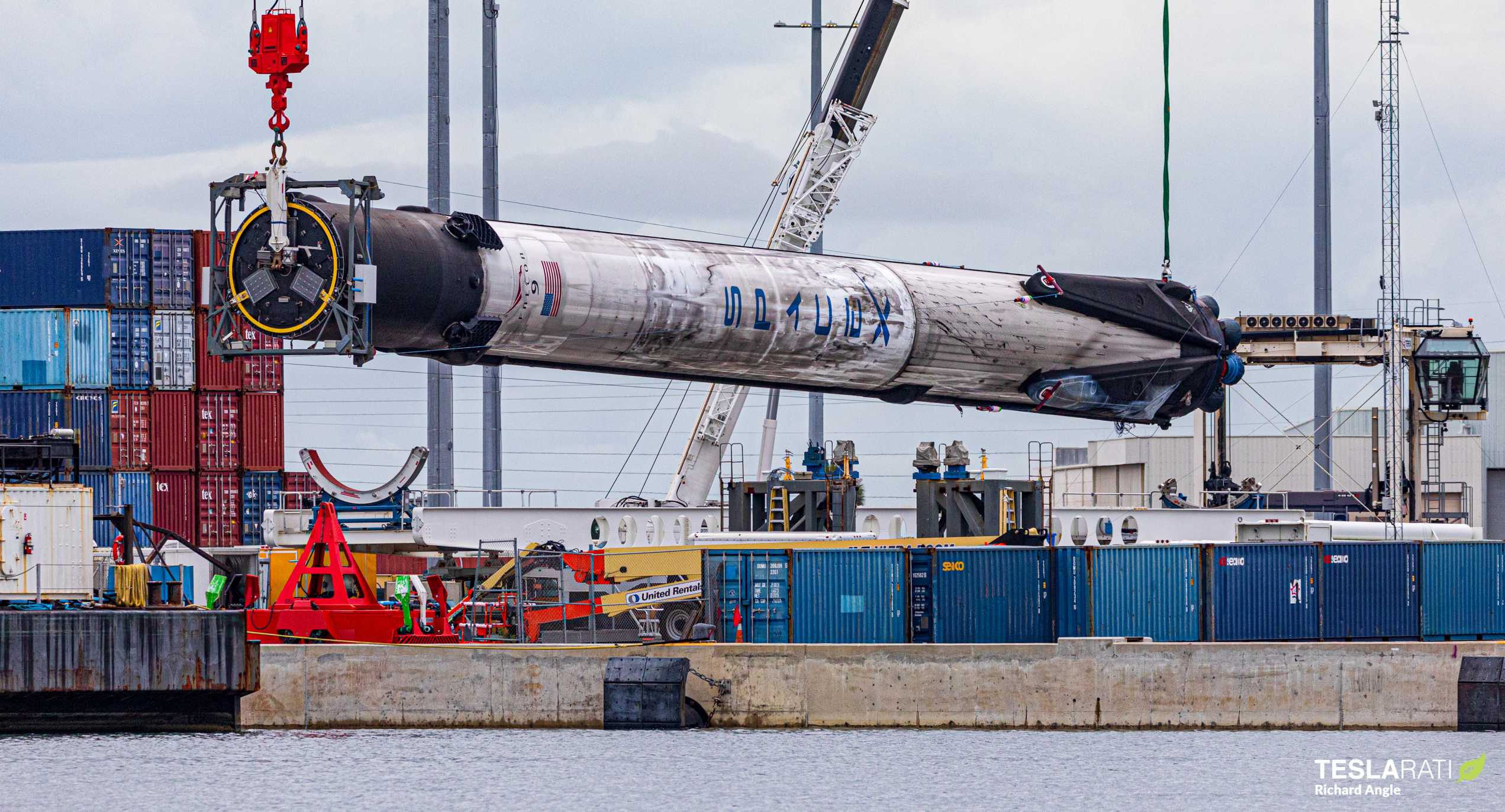 SpaceX has fired up two separate Falcon 9 rockets at two separate Florida launch pads in less than 16 hours ahead of back to back launches for Starlink and the US military.

Around 6:30 pm local on June 24th, SpaceX successfully static fired Falcon 9 B1051 as one of the last steps before the booster’s fifth launch, making it the third SpaceX rocket to reach that five-flight milestone in just three months. B1051.4 just narrowly missed SpaceX’s booster turnaround record, falling just a few days short of the current 62-day record after some minor delays. Originally scheduled to launch as early as June 22nd, the ninth batch of Starlink v1.0 satellites (Starlink V1 L9 or Starlink-9) is now scheduled to launch no earlier than (NET) 4:18 pm EDT (20:18 UTC) on Friday, June 26th.

A little over fifteen hours after B1051’s – apparently – successful static fire (there was no SpaceX tweet confirmation for the first time ever) at Kennedy Space Center Launch Complex 39A (Pad 39A), new Falcon 9 booster B1060 performed its own ignition test at SpaceX’s separate Cape Canaveral Air Force Station (CCAFS) LC-40 pad. SpaceX confirmed that that static fire was successful, putting the new Falcon 9 rocket on track to launch the US military’s third upgraded GPS satellite (GPS III SV03) no earlier than (NET) 3:56 pm EDT (19:56 UTC) on Tuesday, June 30th.

If SpaceX manages to complete both the Starlink-9 and GPS III SV03 missions on schedule, June 2020 will be the company’s first four-launch month ever. Even if the latter US military mission is delayed to July 3rd or 4th, SpaceX will still have technically completed four launches in a month’s worth of days (30-31). Normally, the odds of the second in a pair of back-to-back launches being delayed would be quite high, given that any delay to the first mission would inherently roll over onto the follow-up. For SpaceX, that likelihood is more than doubled because of the need for drone ship availability for booster recovery.

However, SpaceX debuted a second East Coast drone ship – Just Read The Instructions (JRTI) on June 3rd, complimenting drone ship Of Course I Still Love You (OCISLY) to double the company’s sea recovery capacity on the East Coast. Formerly stationed at Port of Los Angeles to support SpaceX launches out of California, the West Coast manifest rapidly dried up and made drone ship JRTI’s move East all but inevitable.

On top of having a second drone ship available for booster recoveries just days or even hours apart, SpaceX also recently began pushing the limits of its East Coast launch capacity by performing launches just days apart from its two separate Florida pads. While the occasional back-to-back launch from LC-40 and Pad 39A isn’t unprecedented, SpaceX appears to be intent on sustaining launches from each pad every 10-20 days, give or take. As such, SpaceX’s Starlink-9 and GPS III SV03 missions will launch from separate pads and land on separate drone ships.

Cadence ambitions aside, Starlink-9 and GPS III SV03 are also significant missions for their own reasons. Up first, Starlink-9 will hopefully follow on the heels of SpaceX’s successful June 13th Starlink-8 launch to become the second Starlink rideshare mission, sending two BlackSky imaging satellites into orbit along with 57 Starlink v1.0 satellites. The fact that booster B1051 has nearly broken SpaceX’s rocket reuse turnaround record also suggests that the company is already confident in the flightworthiness of Falcon 9 boosters heading into their fifth launches.

Meanwhile, GPS III SV03 is special because – unlike SpaceX’s first GPS III SV01 launch in December 2018 – the US Air (Space) Force will allow Falcon 9 booster B1060 to attempt a drone ship landing. On SpaceX’s first GPS III launch, the USAF more or less arbitrarily limited Falcon 9’s available performance to leave extreme safety margins in the apparent event of one or more booster engines failing during launch. As a result, Falcon 9 B1054 became the first highly-reusable Block 5 booster to intentionally launch just once. For B1060, the booster will thankfully have a shot at recovery and a long and productive life of 5-10+ more launches. A successful landing could also give the US military its first shot at certifying and reusing a Falcon 9 booster on an operational military satellite launch.