After yet another gorgeous and successful night launch and drone ship recovery of SpaceX’s Falcon 9 rocket,  Of Course I Still Love You and its Block 5 booster passenger have wasted no time at all in a bid to avoid the brunt of Hurricane Florence, currently nipping at the heels of SpaceX’s East Coast recovery fleet.

While Florence is now firmly aimed at Virginia and the Carolinas and is at least 24 hours out from actually impacting Falcon 9, its drone ship carrier, and the tugboat towing them back to Port Canaveral, the trio are certainly skirting the edge of the storm in the sense that hurricanes and tropical storms are known to sometimes drastically depart from their forecasted trajectories.

In the case of drone ship OCISLY and Falcon 9 B1049, tugboat Hawk is only capable of safely pulling the duo at around 7 knots (~8 mph), whereas Hurricane Florence is now heading West at a stately 13 mph, likely to accelerate moderately as the storm picks up energy. Ultimately, it’s probably of minor concern to SpaceX, but very little time was nevertheless wasted securing the recovered rocket booster (presumably with a robotic tool known informally as Octagrabber) and reaching a healthy cruising speed scarcely six or seven hours after its post-launch landing. 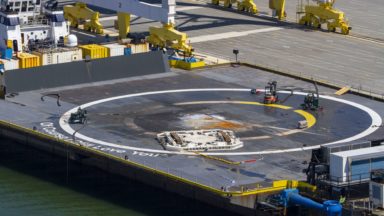 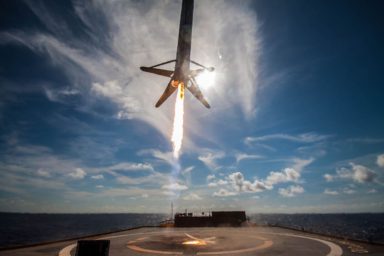 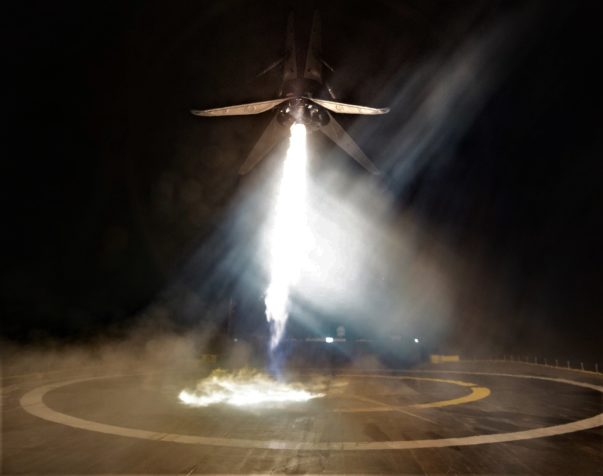 B1046 lands on drone ship Of Course I Still Love You for the second time in three months, August 2018. (SpaceX) 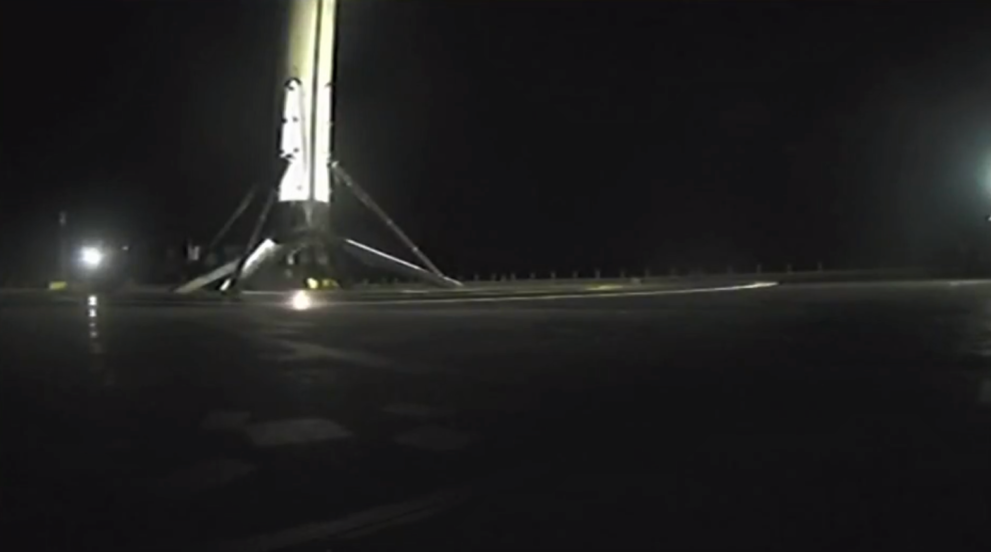 B1049 stands proud after a successful landing aboard drone ship OCISLY. (SpaceX)

With a bit more than 75 miles under its belt half a day after landing, Falcon 9 should crest the horizon East of Port Canaveral as early as Wednesday morning, giving SpaceX technicians maybe 24 hours to attempt to secure the rocket and/or transport it to a hurricane-rated building in the unlikely but possible event that Florence veers South towards Cape Canaveral over the next two days. The risk is undoubtedly quite low, but it’s hard to rationalize not taking all practical precautions when a $30-40 million piece of potentially reusable rocket hardware is set to bear the brunt of any failure on the contrary. 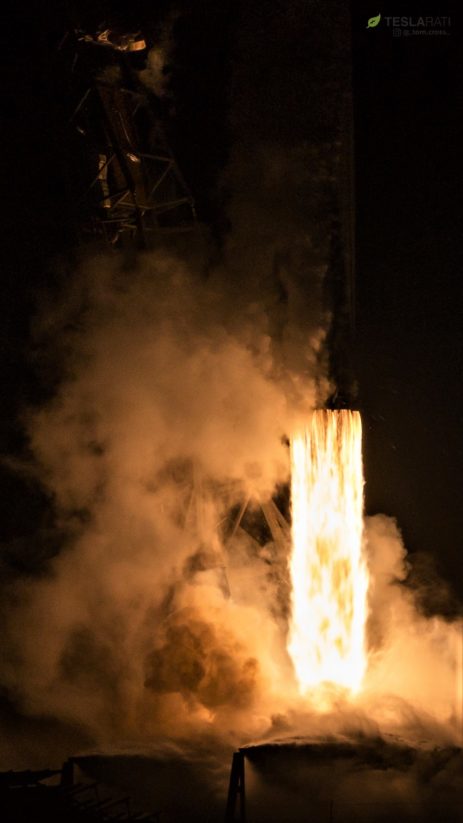 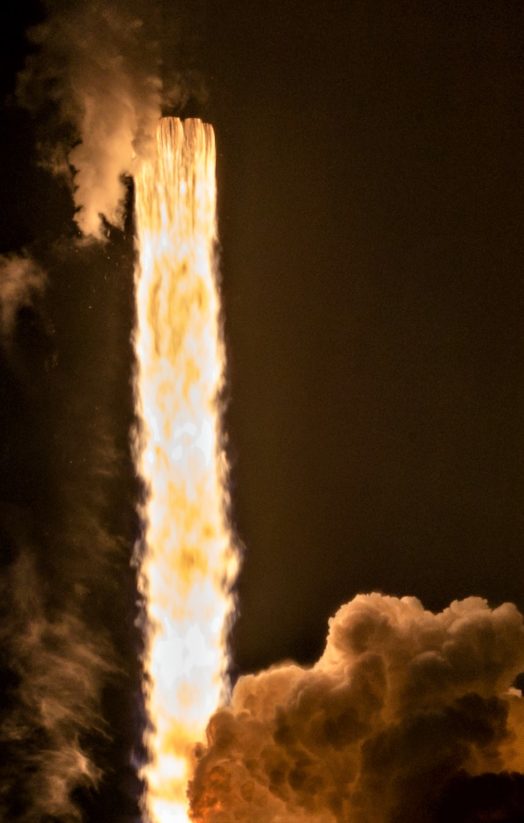 Nevertheless, this stunning launch – SpaceX’s 60th successful Falcon 9 mission and 16th successful rocket launch this year alone – has served as another impressive indication of just how mature a launch vehicle Falcon 9 Block 5 is, marking its fifth wholly uneventful mission – in this case threading the needle through downright bad weather conditions at the launch site and an approaching tempest in the Atlantic.

Captured on liftoff by Teslarati photographer Tom Cross, the successful launch of Telstar 18V will hopefully become the first of many successful missions for the highly reusable Block 5 booster, B1049.