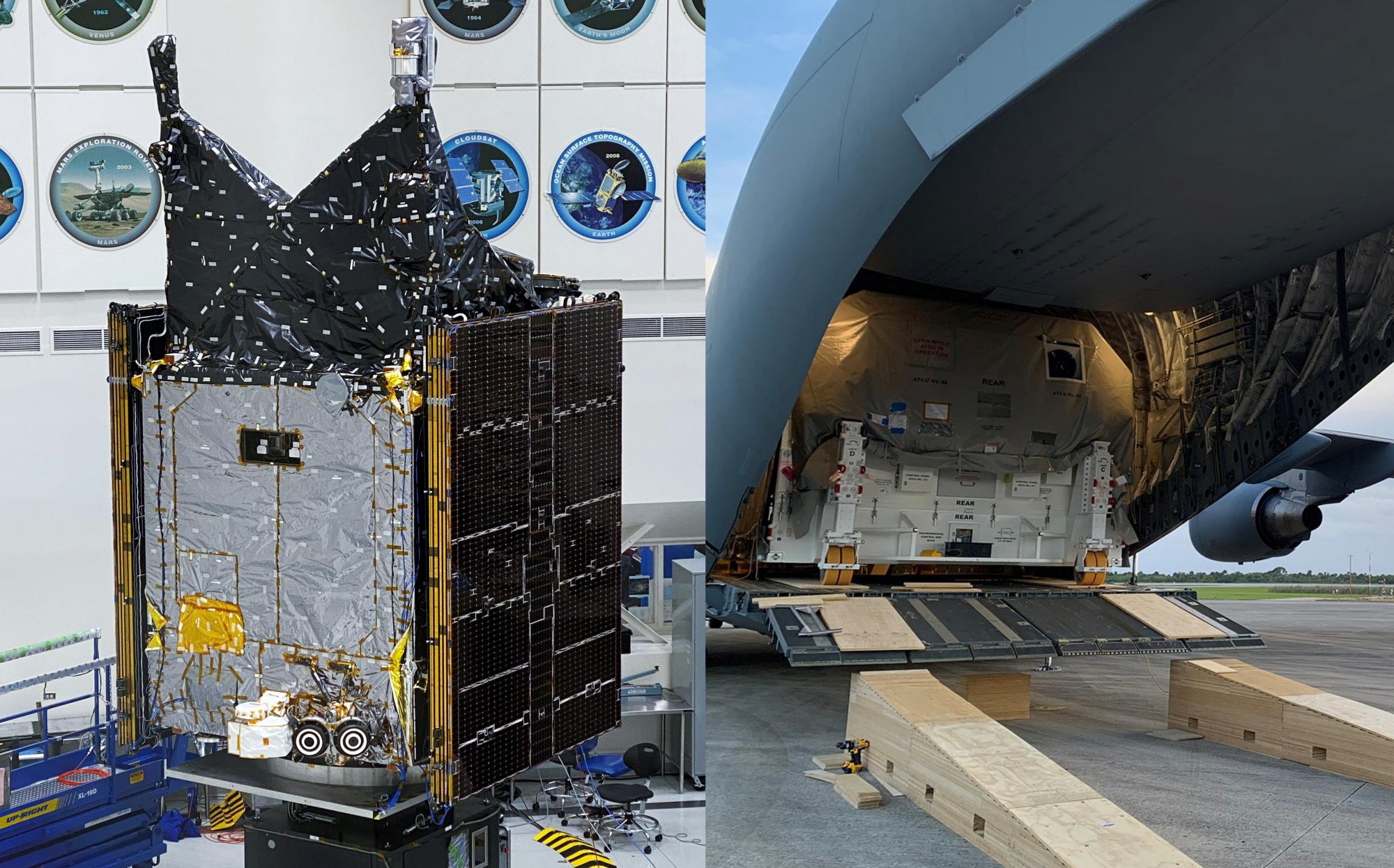 For the first time in almost three years, a spacecraft meant to launch on SpaceX’s Falcon Heavy rocket has arrived in Cape Canaveral, Florida and begun to prepare for flight.

Known as Psyche, the scientific mission is designed to venture hundreds of millions of miles from Earth to explore a namesake asteroid that’s believed to be almost entirely metallic. Psyche will also mark NASA’s first operational use of Falcon Heavy, which offers performance far superior to other existing and soon-to-be-retired rockets and at a fraction of their cost.

However, even though Psyche is now the first payload (officially confirmed) to have arrived in Florida for a Falcon Heavy launch since May or June 2019, that doesn’t guarantee that it will be first to launch.

That uncertainty is the result of multiple chronically delayed US military payloads that were both supposed to launch on different Falcon Heavy rockets as early as late 2020. In June 2018, just four months after Falcon Heavy’s iconic launch debut, the US military purchased its first operational launch on the rocket. Known as AFSPC-52 and later renamed USSF-52 after the US government cobbled together a few loosely-related military groups and rebadged them as the “Space Force,” the mission was expected to launch as early as September 2020. In February 2019, the military announced that another Falcon Heavy rocket had been chosen to launch AFSPC-44 (USSF-44) as early as late 2020 or early 2021.

About a year ago, for unknown reasons, USSF-44 took USSF-52’s place as the US military’s first operational Falcon Heavy launch. Now, between three and four years after their initial launch targets, USSF-44 is scheduled to launch NET late June 2022 (a delay of ~18 months) and USSF-52 is set to follow as soon as October 2022 (a delay of ~25 months).

On April 29th, NASA’s Launch Service Program (LSP) revealed that the ~2600-kilogram (~5700 lb) Psyche spacecraft had completed the journey from the Jet Propulsion Laboratory’s (JPL) Pasadena, California assembly facilities to Kennedy Space Center, Florida. After several years of work spent designing, manufacturing, and assembling Psyche, the spacecraft ultimately arrived at on time, leaving it on track to launch on Falcon Heavy as early as August 1st, 2022.

At the moment, that makes Psyche’s launch far more likely to happen before USSF-44, which has repeatedly gotten within a few months of a purported launch target before the US military acknowledged additional delays. Like USSF-44, Psyche’s Falcon Heavy rocket – three boosters, an upper stage, and a fairing – will be entirely new. Due to the high performance required for each mission and the fact that both will be the first operational use of the rocket for NASA and the USSF, each brand-new Falcon Heavy center core will be intentionally expended.

If it launches more or less on time, USSF-44 will be SpaceX and Falcon Heavy’s first direct launch to geostationary orbit (GEO), requiring the rocket’s upper stage to survive a roughly six-hour-long coast and perform a lengthy orbit circularization burn around ~42,500 kilometers (~26,400 mi) above Earth’s surface. With a payload that weighs around four tons (~8800 lb), it’s little surprise that Falcon Heavy’s center core will be expended. Psyche, on the other hand, is headed into deep space on a trajectory that NASA’s own ELVPerf calculator – supplied with official performance data from SpaceX – says Falcon Heavy can launch more than four tons (~8800 lb) to while still recovering all three boosters. It’s unclear why NASA would need a 50-70% safety margin.

Regardless, the second half of 2022 could be quite the spectacle of Falcon Heavy launches after a more than three-year hiatus. On top of USSF-44, Psyche, and USSF-52, Falcon Heavy is tentatively scheduled to launch a ViaSat-3 communications satellite directly to GEO in Q3 2022 and, even more tentatively, the Space Force’s USSF-67 mission in November 2022.