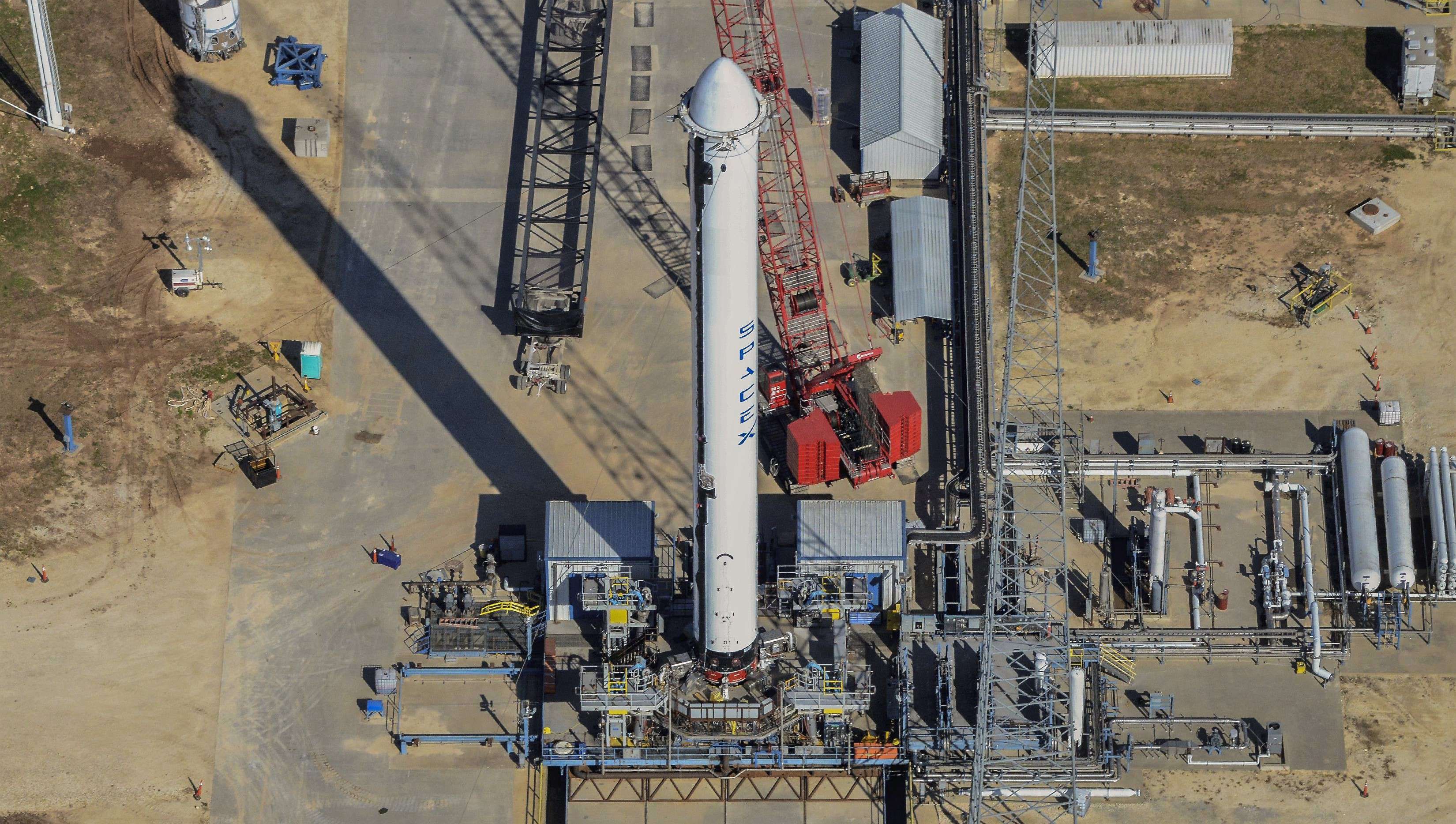 NASASpaceflight.com reports that the first new booster for SpaceX’s next Falcon Heavy launch has arrived at the company’s McGregor, Texas test facilities.

The canonical sign that SpaceX is rapidly progressing towards its next Falcon Heavy launch, the mission – set to carry the US military’s US Space Force 44 (USSF-44) satellite(s) directly to geostationary orbit (GEO) – requires all new boosters. For SpaceX, barring a major surprise in the next five months, USSF-44 will be the first operational direct-to-GEO launch in the company’s history – a milestone years and multiple test flights in the making.

US military officials have begun to at least vaguely support the idea of flying payloads on flight-proven SpaceX rockets but it looks to be a long uphill battle ahead of the company. It took almost half a decade and four-dozen successful booster landings for the US Air Force to even allow SpaceX to attempt to land a Falcon 9 booster after an operational military launch. As a result, the company will likely be building new rockets for its military launches for the indefinite future – Falcon Heavy and its three boosters included.

The photo at the top of this article shows a largely identical Falcon Heavy Block 5 side booster – either B1052 or B1053 – during a late-2018 static fire acceptance test campaign in McGregor, Texas.

Based on NASASpaceflight.com’s aerial photos of the latest rocket to arrive in McGregor, Texas, one would assume that SpaceX was simply testing a new Falcon 9 first stage. Notably, the booster appears to have a Falcon 9 interstage installed, whereas Falcon Heavy side boosters have historically been tested with nosecones installed. However, by analyzing the layout of decals visible on its exterior, author Thomas Burghardt discovered that the booster – believed to be B1064 – is likely the first of two new Falcon Heavy side boosters needed for USSF-44.

For unknown reasons, SpaceX has outfitted, transported, and prepared B1064 for acceptance testing with a years-old interstage installed, effectively making it a Falcon Heavy side booster in Falcon 9 clothing (sans nosecone).

In its current configuration, the process of manufacturing three new Falcon Heavy boosters at SpaceX’s Hawthorne, CA factory takes at least half a year from the start of tank welding to shipment. After each booster is completed, it must ship to McGregor, Texas for at least 4-6 weeks to undergo acceptance tests, including at least one wet dress rehearsal (WDR) and static fire. In other words, if the first of three new Falcon Heavy Block 5 boosters has just arrived in McGregor, SpaceX likely has two or three months of work to go before the entire USSF-44 rocket is on site at Florida’s Kennedy Space Center.

Just two weeks ago, a US military official revealed that SpaceX’s USSF-44 Falcon Heavy launch date had slipped from late-2020 (likely November or December) to no earlier than (NET) February 28th, 2021. The cause of the delay is unknown but either way, it should give SpaceX two full months to process Falcon Heavy Flight 4 hardware in Florida (or several weeks of margin wherever needed). After USSF-44, SpaceX’s next Falcon Heavy launch – USSF-52; also expected to fly on all-new boosters – was scheduled to launch NET “early 2021” before the preceding mission’s delay was announced. To achieve that schedule, SpaceX will likely be building and testing new Falcon Heavy boosters – and Falcon Heavy boosters only – from mid-2020 to at least Q1 2021.

On the plus side, as NASASpaceflight.com noted, if SpaceX manages to recover all USSF-44 and USSF-52 boosters, it will quickly find itself with a fleet of six side boosters and two center cores.