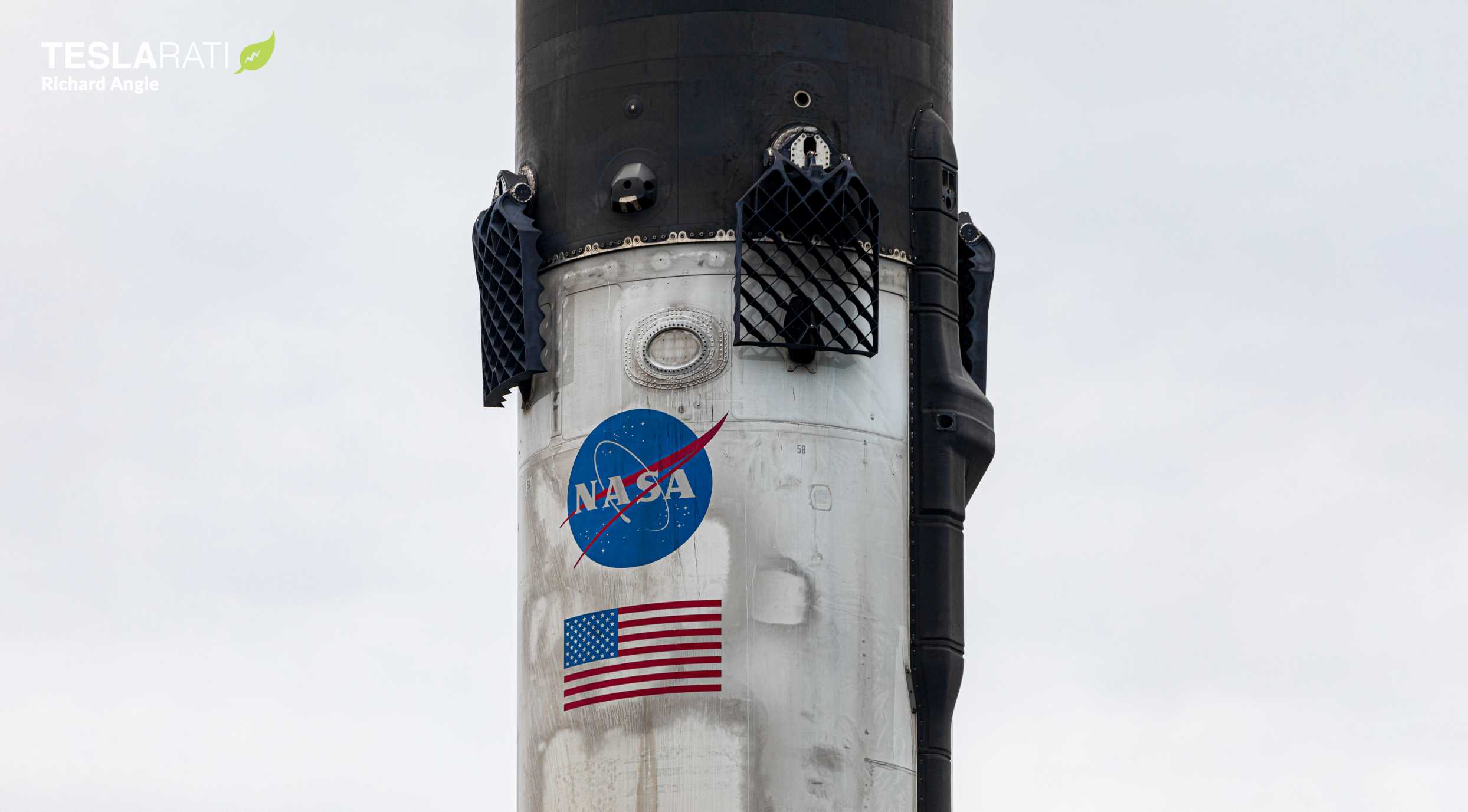 Its Falcon 9 emblem filed off and replaced with a NASA meatball, SpaceX has successfully returned the first 'astronaut-proven' Falcon 9 booster to dry land after the rocket's Crew Dragon launch debut. (Richard Angle)

Although the sheer importance of SpaceX’s flawless astronaut launch debut and space station arrival can’t be exaggerated, the fact remains that the vast majority of the company’s orbital missions are centered around the affordable launch of satellites and other uncrewed payloads. All of those launches need Falcon boosters, too, and Crew Dragon’s Demo-2 mission has come at a time when SpaceX’s fleet of flightworthy rockets is the smallest it’s been in at least 18 months.

Significantly thinned by two failed Falcon Heavy center core recoveries and the loss of four boosters in 2020 alone (two intentional, two less so), SpaceX’s booster fleet has dropped from as many as ten to as few as two in just 13 months. Thankfully, B1058’s successful May 30th landing and June 2nd return adds a third booster to SpaceX’s immediately-available rocket fleet. On the horizon, two additional unflown boosters are in the late stages of preparation for their separate launch debuts – no earlier than (NET) June 30th and August 30th, respectively. With a little luck, SpaceX’s fleet of flight-proven boosters will soon have grown nearly three-fold in about as many months.

At the moment, SpaceX’s own Starlink satellite internet constellation is by far the biggest source of demand for SpaceX rockets – particularly the flight-proven boosters that allow the company to perform those launches at an unprecedented cost. Over the last 12 or so months, thanks to the spectacular success of Falcon 9 Block 5 reusability, SpaceX has substantially cut booster production at its Hawthorne, California headquarters, thus far dedicating the last six boosters produced to strict, high-profile missions for NASA and the US military.

In other words, while SpaceX has technically had three unflown Falcon 9 boosters – B1058, B1060, and B1061 – more or less ready for flight for months, their first launches have to be reserved for a select few customers that still have reservations about the company’s flight-proven rockets. With its first reserved mission – Crew Dragon’s orbital astronaut launch debut – now out of the way, gently-used Falcon 9 booster B1058 can thankfully enter the greater SpaceX fleet and begin preparing for its next launch.

Thanks to the fact that booster B1058’s first flight incurred a relatively gentle atmospheric reentry and landing, it could potentially be turned around for its next launch extremely quickly. With three Starlink launches scheduled in June alone and the first expected to launch as early as 9:25 pm EDT (01:25 UTC), June 3rd, SpaceX may actually have to refurbish B1058 far more quickly than any booster before it. SpaceX currently has two Falcon 9 boosters (B1049 and B1051) available for Starlink launches. B1049 is set to launch this week, while B1051 flew its fourth mission just six weeks ago. Based on SpaceX’s current record of 62 days between launches of the same booster, B1051 could be ready for its fifth mission by late June.

In other words, unless SpaceX brings flight-proven Falcon Heavy side booster B1052 or B1053 out of retirement later this month, the company is going to have to break its booster turnaround record by a huge margin with B1049 or B1058. SpaceX certainly has a funny way of resting on its laurels.