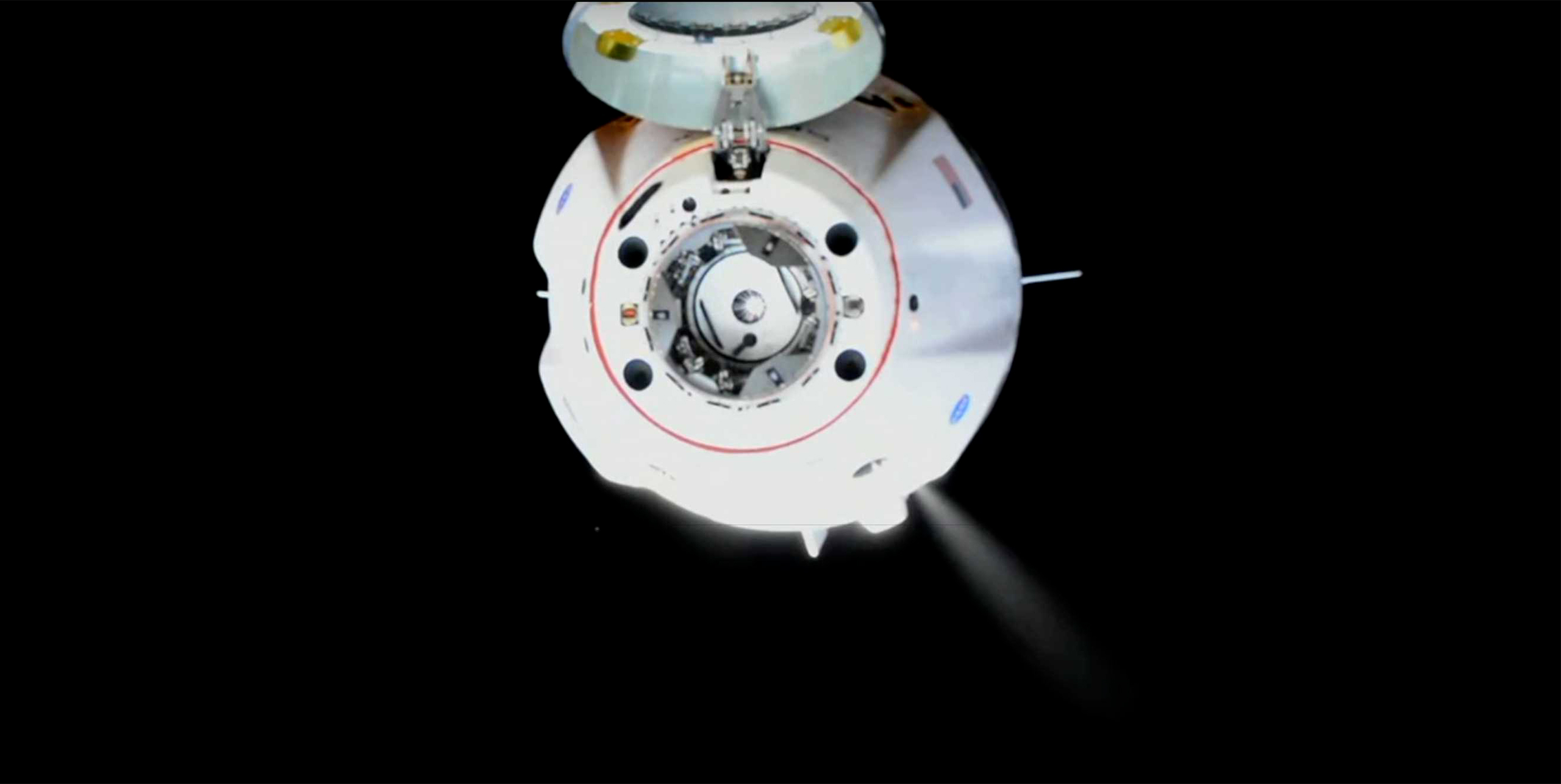 SpaceX's Crew Dragon spacecraft has officially docked with the International Space Station for the first time with NASA astronauts in tow. (SpaceX/NASA)

Less than 19 hours after liftoff and almost 10 minutes ahead of schedule, SpaceX has successfully docked NASA astronauts to the International Space Station (ISS) for the first time in history, officially returning that capability to the space agency after nearly nine years without it.

Demo-2’s docking marks the first time a privately-developed orbital-class spacecraft has launched, reached orbit, and docked with the space station with astronauts onboard, completing a major foundation and taking the biggest step yet towards SpaceX’s founding goal of sustainably expanding humanity into space. Perhaps even more importantly, the milestone marks the first time US astronauts have traveled to or from the ISS on a domestic vehicle since the Space Shuttle’s last launch and landing in July 2011.

Due to a combination of Congressional ineptitude, systematic underfunding, NASA mismanagement, and delays to Commercial Crew partners Boeing and SpaceX, that domestic access gap has lasted the better part of a decade. Now, if Crew Dragon continues to perform nominally in orbit and SpaceX’s Dragon and Falcon production and qualification continues apace, the company could proceed to its second astronaut launch and first operational NASA crew transport mission just a few months from now.

Impressively, Crew Dragon’s inaugural astronaut launch has gone off with no notable issues with the spacecraft or rocket. Aside from a lone Draco maneuvering thruster showing an out-of-family temperature sensor reading shortly after reaching orbit, no other glitches have been noted on NASA and SpaceX’s uninterrupted webcast.

In the last hour or two, however, SpaceX did call up to astronaut Bob Behnken to determine the cause of a spacesuit pressure reading slightly below nominal, although the ground controller made sure to clarify that the suit would have still done its job in the event of Crew Dragon cabin depressurization. By the sound of it, Bob observed a zipper tooth out of place on several seams, pointing to a fairly mundane source of the issue. More recently, NASA has been working to establish wired (“hard-line”) communications between the docked Crew Dragon spacecraft and the ISS without much luck, while “interference issues” were raised as a possible explanation. It’s unclear if the problem is deriving from Dragon or the ISS.

On the scale of human spaceflight, wired communications issues – while radio communications links remain strong and functional – are about as mild as they come. Bob and Doug remained in regular contact with NASA and SpaceX ground controllers and did their best to help troubleshoot the wired communication bugs while eating dinner and waiting patiently for NASA’s lone ISS crew member to complete the final steps before hatch opening.

During the webcast, SpaceX predicted that Crew Dragon’s hatch would be opened around 12:15 pm EDT (16:15 UTC), allowing Bob and Doug to board the International Space Station (ISS) and marking the full completion of the arrival half of the historic spacecraft’s astronaut launch debut. Tune in below to watch as NASA’s first Commercial Crew Program (CCP) astronauts prepare to open Crew Dragon’s hatch and complete their ISS arrival.