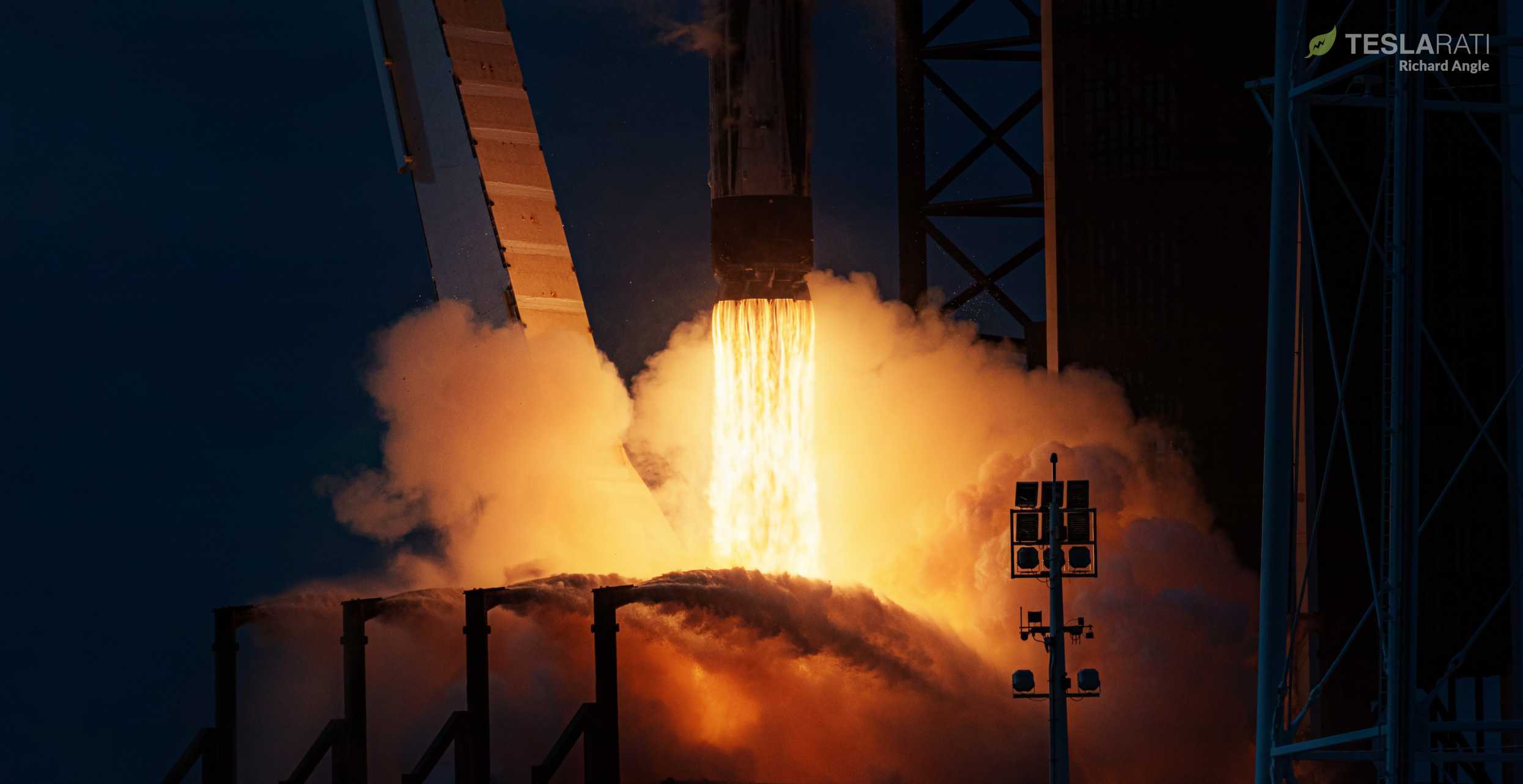 Argentinian space agency CONAE says that both its SAOCOM 1B satellite and SpaceX are on track for a type of launch that the United States’ East Coast hasn’t supported in more than half a century.

CONAE has revealed that SpaceX aims to launch the ~2800 kg (6200 lb) radar Earth observation satellite into orbit on a Falcon 9 rocket as early as March 30th, 2020 – late next month. With such a light payload, the Falcon 9 booster – presumably reused – will be able to perform a Return to Launch Site (RTLS) recovery, touching down at one of SpaceX’s two Landing Zone (LZ) pads located at Cape Canaveral Air Force Station (CCAFS). While Landing Zone rocket recoveries have become increasingly rare for SpaceX, that’s not actually why the SAOCOM 1B mission is so unique.

Instead, it’s exceptional because it will be the United States’ first East Coast polar launch in nearly six decades. The mission’s “polar” launch profile refers to the fact that the Argentinian radar satellite will ultimately orbit Earth’s poles, effectively perpendicular to more common equatorial orbits. If successful and repeatable, the mission could ultimately spark a new era for CCAFS and Kennedy Space Center (KSC) and raises big questions about the future of California’s Vandenberg Air Force Base (VAFB) — or at least SpaceX’s presence there.

Previously discussed on Teslarati late last year, the story behind why Cape Canaveral stopped polar launches is quite a weird one. A 2008 article in the Naval History Magazine sums up the events nicely.

“In what somewhat inaccurately became known as “the herd shot around the world,” some..falling rocket debris apparently splattered on a Cuban farm and killed a cow. “This is a Yankee provocation,” accused Revolucion, an official Cuban publication, insisting that the rocket was deliberately exploded over the country. Government radio stations cited the incident as further proof that the United States was trying to destroy the regime of Cuban President Fidel Castro. One cow was even paraded in front of the U.S. Embassy in Havana wearing a placard reading “Eisenhower, you murdered one of my sisters.”

Castro filed a complaint at the United Nations, and Washington sheepishly conceded the possibility that “fragments from the rocket booster” could have landed in Cuba. CIA Director George Tenet later quipped somewhat tastelessly that it was “the first, and last, time that a satellite had been used in the production of ground beef.” Further launches overflying Cuba were postponed, and improvements were made to the Cape Canaveral range-safety system. In any case, it was a dejected NRL group that returned to Washington.”

That November 1960 launch thus shut down East Coast polar launches to avoid overflying Cuba and raising the country’s ire near the height of Cold War tensions. It’s believed that the Cape actually launched two more semi-polar missions in the mid-1960s, some five years later, but the fact remains that SpaceX’s prospective March 30th, 2020 launch will mark the United States’ first East Coast launch in more than half a century.

Back in October 2019, while SpaceX had effectively confirmed that it would try to move SAOCOM 1B’s launch from California to Cape Canaveral, CCAFS hadn’t fully approved the change or literally reopened the East Coast’s polar launch corridor. Now, given that CONAE has officially announced a specific launch date (March 30th), it seems safe to say that CCAFS has fully given SpaceX the go-ahead for the launch.

While Falcon 9’s upper stage will still technically overfly Cuba over the course of the launch, the combination of a rare ‘dogleg’ maneuver shortly after launch and the fact that said upper stage will be far above the Earth’s surface have effectively mitigated any technical or legal showstoppers. Around eight minutes after liftoff, the mission’s Falcon 9 booster will also attempt to return to Florida and land at SpaceX’s LZ-1 or 2 landing pad. SpaceX’s October 2018 Vandenberg Air Force Base (VAFB) SAOCOM 1A launch coincidentally marked the first-ever use of Landing Zone-4 (LZ-4), a dedicated landing pad built for SpaceX’s West Coast launch site.

If successful, a polar Falcon 9 launch from Cape Canaveral also raises the question: if SpaceX can potentially perform all conceivable launch profiles from its two Florida pads, why go the effort and expense of maintaining a third pad – entirely dedicated to polar launches – in California? Aside from one lone launch six months later, SpaceX’s last California launch occurred in January 2019 and the next one is expected no earlier than November 2020 – and could very well never happen at all. The only plausible reasons to continue launching from SpaceX’s Vandenberg pad would be if Florida’s polar capabilities were somehow limited or if conservative, bureaucratic customers like NASA and the US military were dead-set on their polar missions only launching from semi-arbitrarily selected launch pads.

Without any modifications whatsoever, Falcon Heavy could also immediately begin performing polar launches from Cape Canaveral, whereas SpaceX would likely need tens of millions of dollars and 6-12 months to modify its California pad to support the massive rocket. Perhaps keeping that pad quietly mothballed and flying launch staff in from Florida and Texas for occasional missions is a much smaller ordeal than it seems. Still, the allure (and efficiency) of a one-stop-launch-shop at Cape Canaveral is almost certainly hard to ignore for a company like SpaceX.

For the SAOCOM 1B launch, the next milestone will be the Argentinian satellite’s arrival at SpaceX’s Florida payload processing facilities, likely to occur within the next week. Already, March is lining up to be an exceptionally busy month for SpaceX, with two separate Falcon 9 launches currently scheduled on March 2nd and March 4th and another Starlink mission likely later in the month. With a little luck, SpaceX might be able to end Q1 2020 with its first four-launch month ever.