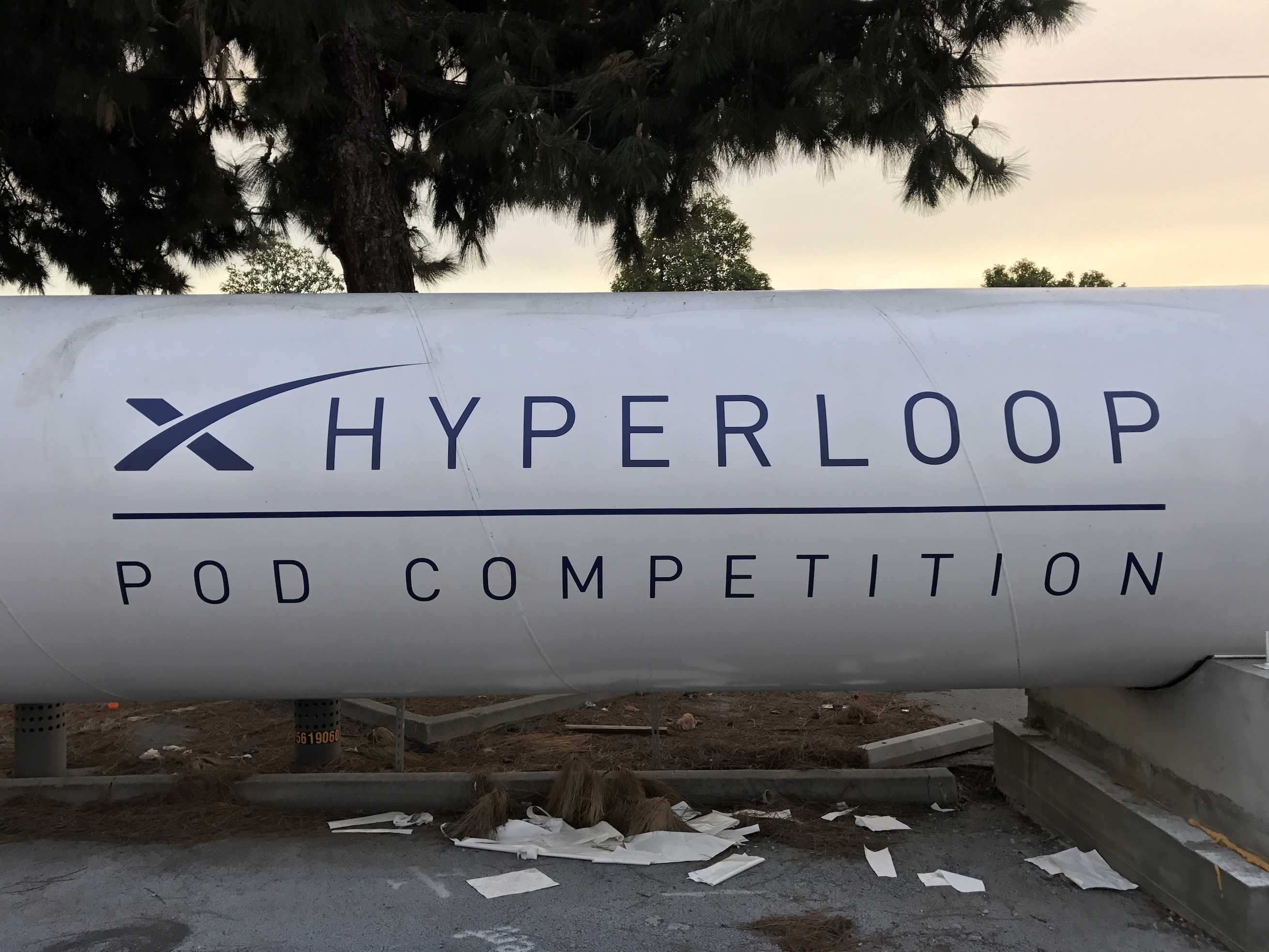 Get ready to see Hyperloop concept pods fire through the 1-mile test track located outside of SpaceX and Tesla’s Design Studio in Hawthorne, California, next week between January 27-29. Elon Musk and SpaceX first unveiled the idea for a new high-speed ground transport system called the Hyperloop on August 12, 2013 with the publication of a white paper, the Hyperloop Alpha Preliminary Design Study. SpaceX’s sponsored Hyperloop Pod Competition is an incentive prize competition created to inspire university students and independent engineering teams to design and build a subscale prototype transport vehicle (a “Hyperloop pod”) that will demonstrate technical feasibility of various aspects of the high speed transportation concept. To support this competition, SpaceX has constructed a test track outside of its headquarters which we had the opportunity to see during early construction last year.

The Design weekend was held in January 2016 at Texas A&M University. Awards were given in three categories:

MIT Hyperloop Team’s design was awarded the “Best Overall Design Award”, among the 23 designs selected to move to the prototype stage. The design proposes a 250 kg (551 lb) pod with a carbon fiber and polycarbonate sheet exterior. It is elevated by a passive magnetic levitation system comprising 20 neodymium magnets that will maintain a 15 mm (0.6 in) distance above the track. The team says with air pressure at 140 Pascals, the pod could accelerate at 2.4 G and have 2 Newton aerodynamic drag when traveling at 110 m/s. The design includes a fail-safe braking system that automatically halts the pod should the actuators or computers fail, and low speed emergency drive wheels that can move the pod 1 m/s. Delft Hyperloop received a “Pod Innovation Award”, while Badgerloop at University of Wisconsin, Madison, Hyperloop at Virginia Tech, and HyperXite at UC Irvine each received a “Pod Technical Excellence Award.” The full list of Awards and news clips from the Design Weekend can be found at the Texas A&M University Engineering web site. Besides the winning teams, several other teams were invited to compete in the upcoming Competition Weekend I from the Design and Build category:

In February 3, 2016 eight more teams advanced to Competition Weekend I.

In the end, 30 of the 115 teams that submitted designs in January 2016 were selected to build hardware to compete in Competition Weekend I. There were more than 1,000 applicants at earlier stages of the competition.

The Judging Criteria are listed in the document, and involve scoring in 4 different categories, for a maximum overall total of 2500 points. AECOM, a company that has designed and built some of the world’s most impressive transportation systems, was selected to design and build the world’s first Hyperloop test track as part of the pod competition hosted by SpaceX The track is a straight one-mile run on Jack Northrop Avenue, between Crenshaw Blvd. and Prairie Ave. The SpaceX Hyperloop test track — or Hypertube — was designed in 2015 and was constructed in the fall 2016, reaching its full length of one mile by October 2016. The test track’s six-foot diameter steel tube includes a non-magnetic sub-track and said to be capable of achieving 99.8 percent vacuum. The test track itself is also a prototype, where SpaceX anticipates learning from the design, build process and evaluates how to apply automated construction techniques to future Hyperloop tracks.

The Hypertube test track is designed to enable competitors who implement a wide array of designs and build pods that will test a variety of subsystem technologies that are important to new vehicle transport systems. This will include Hyperloop-specific pods—with air-bearing suspension and low-pressure compressor designs—as well as wheeled vehicle and magnetic levitation rail designs that will support a wide array of vehicle technologies to be tested. While the Design Weekend held at Texas A&M University was open to the public, it is unclear if the Competition Weekend I will be as well, or if it will be an invitation only event like many of the SpaceX and Tesla events. Several inquiries for tickets posted to the Twitter account of the Hyperloop Pod Competition went unanswered. The Official SpaceX Hyperloop Pod Competition page does not shed any light on who will be able to attend either.