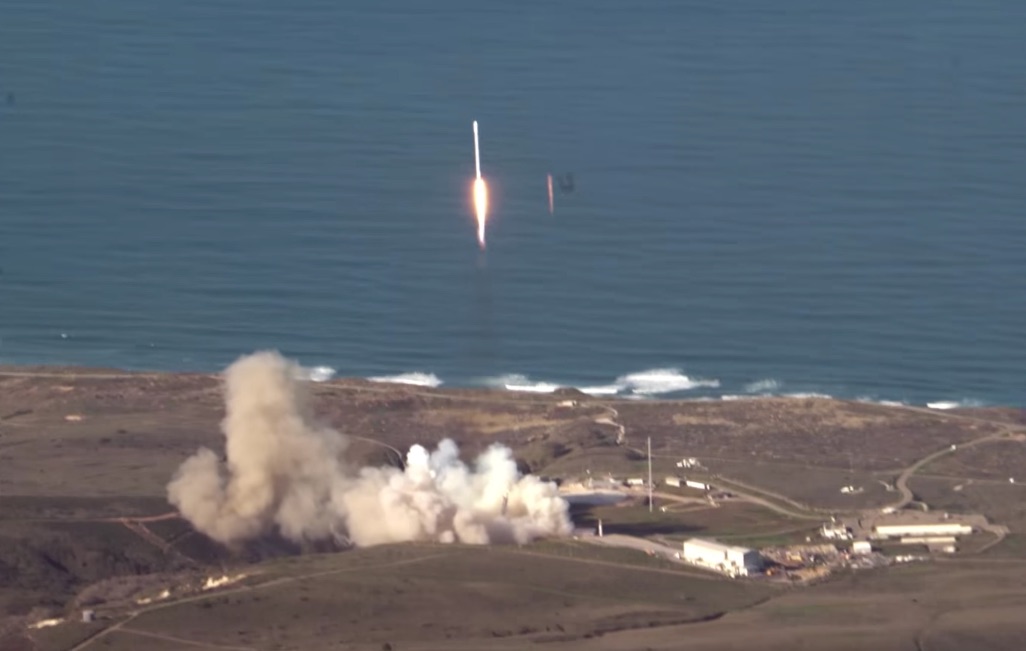 A new video making its rounds over the internet provides a rare aerial look, from an overhead vantage point, of SpaceX’s Falcon 9 lifting off from its launchpad at the Vandenberg Air Force Base. The video, posted to YouTube by Amir Blachman, shows him and two of his buddies departing Santa Monica airport in a small four passenger plane to celebrate SpaceX’s return to flight from Lompoc, California.

“We’re going to fly up to Vandenberg and watch the launch from the air” says Blachman in his video. The trio would ultimately fly 150 miles north before reaching the nearby site of SpaceX’s launch pad. The pilot of the small airplane was flying at a low altitude of 8,500 feet and outside of the air force base’s no-fly-zone, says Mashable.

We were there to witness SpaceX’s much anticipated return to flight this past Saturday. Amid dozens of SpaceX employees and fans lining a public street not too far from the launch site, silence fell on the crowd as all eyes gazed at Falcon 9 lifting off from the air base. Blachman’s video provides another angle of view for this flight, which we think looks absolutely stunning.