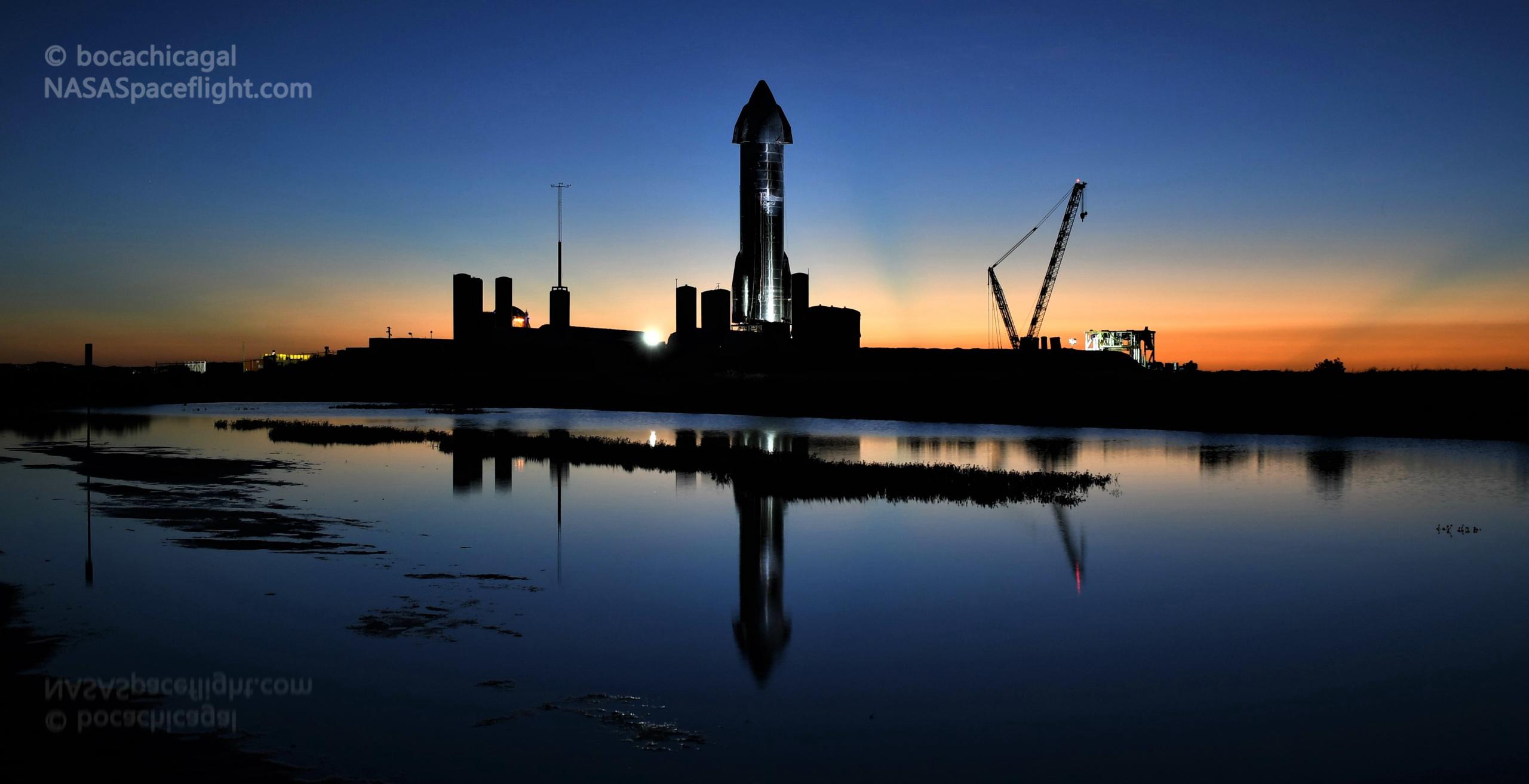 Prior to Musk’s tweet, all signs pointed to a second static fire test as early as 5am to 11am CDT on Friday, October 30th – made official by a paper safety notice SpaceX distributes to remaining Boca Chica Village residents around 12-24 hours prior. Unfortunately, however, Musk says that SpaceX ran into “some challenges with high winds” – seemingly canceling today’s static fire attempt.

On the other hand, there’s a chance that SpaceX’s October 30th safety warning and 5am-11am window could be for Starship SN8’s first wet dress rehearsal (WDR) with a nosecone (and thus a liquid oxygen header tank) installed. A wet dress rehearsal refers to the process of putting a rocket through a flow identical to what is done on launch day – albeit short of actually igniting or launching the rocket. In that sense, it’s essentially one step shorter than a static fire.

Road closure filings prior to November 1st are ambiguous, however, with no specific purpose disclosed. Technically, as long as SpaceX doesn’t perform a static fire or flight test without giving residents significant prior notice and necessary FAA/FCC approvals, road closures can more or less be used to whatever end the company deems necessary.

As far as triple-Raptor static fire testing goes, it’s unclear how anything less than mechanically dangerous wind conditions could interfere with Starship. Given that winds of 20-30 mph (and gusts even higher) are far from uncommon on the South Texas coast, Starship will need to be able to tolerate – and launch in – even worse weather.

Prototype testing is substantially different than operational flight procedures, though, and well-characterized test conditions and repeatability are essential for a company like SpaceX where the ‘build-test-fly-fail’ philosophy is the foundation of R&D. The process of functionally and permanently mating Starship SN8’s tank/engine and nose sections – a first for the Starship program – began less than ten days ago, so Musk is most likely referring to wind disrupting SN8’s on-pad integration.

SpaceX’s extensive reliance upon wheeled boom lifts to ferry workers around and inside Starship SN8 and the sheer scale and surface area of the rocket likely translate to an unsteady and relatively unsafe work environment in high winds.

Regardless of whether SpaceX actually puts Starship SN8 through any kind of tests on October 30th, the company has four more road closures (i.e. test windows) scheduled from Sunday to Wednesday. Aside from a 7pm to 1am CST (UTC-6) window on November 1st, SpaceX’s Mon-Wed testing will occur between 9am and 11pm. In Cameron County, Texas regulatory documents, SpaceX says it will use those windows for “SN8 Nose Cone Cryoproof” testing, referring to the process of filling the rocket’s tanks with supercool liquid nitrogen to verify their behavior at extreme temperatures.