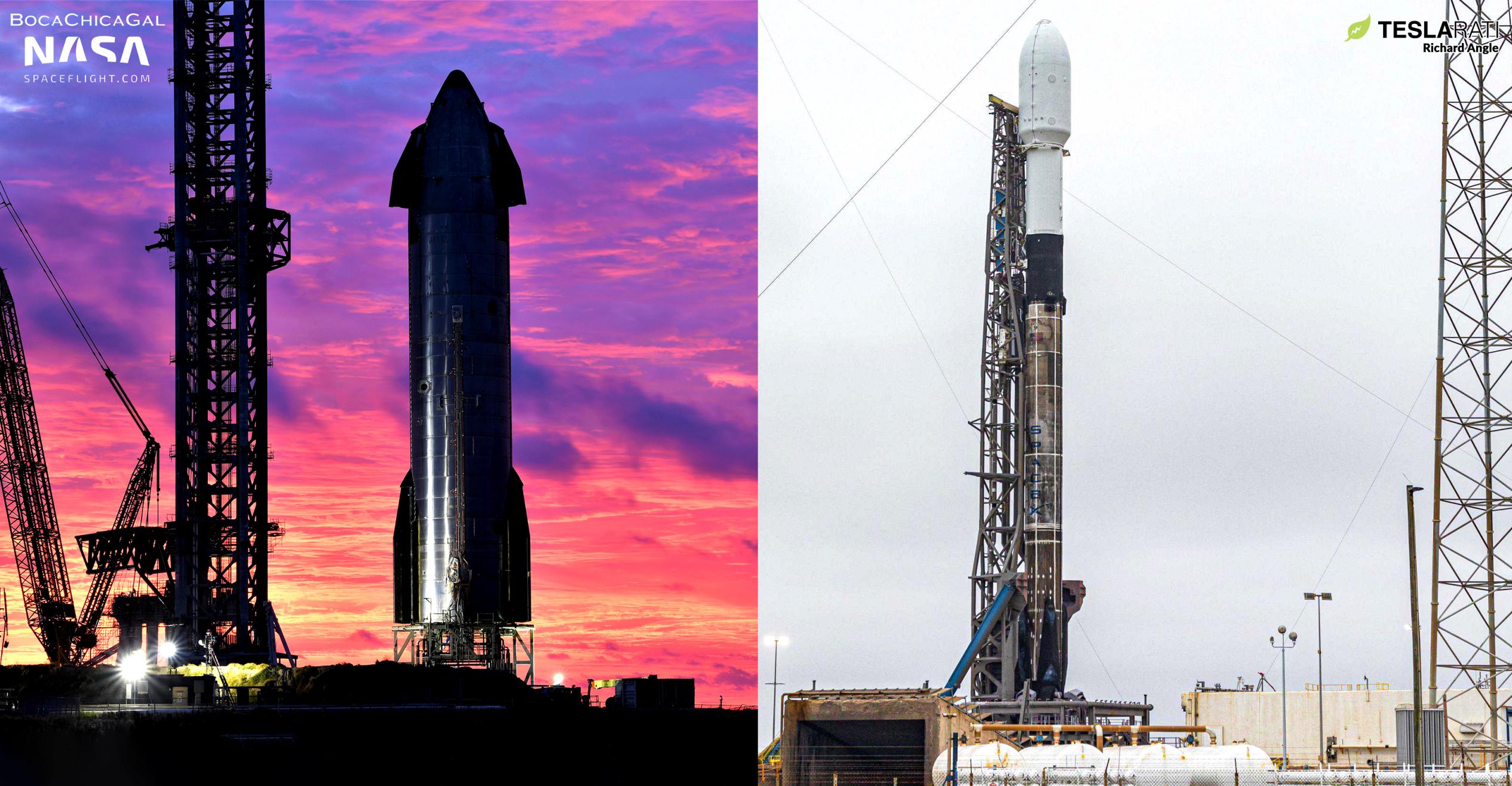 SpaceX says it has revised plans for its next-generation Starlink Gen2 constellation to allow the upgraded satellites to launch on its workhorse Falcon 9 rocket in addition to Starship, a new and unproven vehicle.

Set to be the largest and most powerful rocket ever flown when it eventually debuts, SpaceX’s two-stage Starship launch vehicle is also intended to be fully reusable, theoretically slashing the cost of launching payloads into and beyond Earth orbit. Most importantly, SpaceX says that even in its fully-reusable configuration, Starship should be capable of launching up to 150 tons (~330,000 lb) to low Earth orbit (LEO) – nearly a magnitude more than Falcon 9. However, once said to be on track to debut as early as mid-2021 to early 2022, it’s no longer clear if Starship will be ready for regular Starlink launches anytime soon.

In August 2021, SpaceX failed a major Starlink Gen2 revision with the FCC that started the company along the path that led to now. That revision revealed plans to dramatically increase the size and capabilities of each Gen2 satellite, boosting their maximum throughput from about 50 gigabits per second (Gbps) to ~150 Gbps. Just as importantly, SpaceX’s August 2021 modification made it clear that the company would prefer to launch the entire constellation with Starship, although it included an alternative constellation design that would lend itself better to Falcon 9 launches.

In January 2022, SpaceX chose to solely pursue the constellation optimized for Starship, strongly indicating that the company believed the rocket would be ready to support Starlink launches in the near future – or at least around the same time the constellation receives its Gen2 FCC license. With the benefit of technical Starlink Gen2 satellite details and renders provided by SpaceX and CEO Elon Musk in Q2 2022, a single Starship Gen2 launch using the current satellite and rocket designs and carrying 54 satellites could potentially deploy around 7-8 times more usable bandwidth than a Falcon 9 with Starlink V1.5, meaning that Starship could achieve similar deployment results with just a few launches per year.

In theory, that makes it at least somewhat easier for Starship to make a major impact even as SpaceX works to ramp up the brand-new rocket’s launch cadence, a task that has almost always taken several years.

However, additional changes made to its Starlink Gen2 FCC license application in August 2022 suggest that SpaceX has at least partially tempered that all-in bet on Starship. The most important modification: developing a different Starlink Gen2 satellite variant that will be optimized to fit inside Falcon 9’s much smaller payload fairing. According to SpaceX, despite the seemingly major form-factor changes required to make Gen2 fit, Starship and Falcon 9-optimized satellites will still be “technically identical.”

The implication is that the satellites launched on Falcon 9 will still offer the same performance as those launched on Starship, albeit in a different form factor. Nonetheless, the only thing SpaceX guarantees in the document is that the Falcon 9-launched Gen2 satellites won’t be more powerful than those launched on Starship, presumably preserving the applicability of existing analysis in the current Starlink Gen2 application. It’s thus possible that Falcon 9-optimized Starlink Gen2 satellites will have to sacrifice some of their performance relative to the unconstrained Starship-optimized variant.

With a usable diameter of 4.6 meters (~15 ft), Falcon 9’s payload fairing is about 50% narrower than the payload bay present on early Starship prototypes. Without a major redesign, Starlink Gen2 satellites optimized for Falcon 9 will likely need to sit vertically inside the fairing, the standard version of which stands 6.7 meters (~22 ft) tall before its conical tip begins curving inwards. Weighing about 1.25 tons (~2750 lb) and measuring 7 meters (~23 ft) long, Starlink Gen2’s design may only need a few moderate tweaks to fit on Falcon 9, but they’ll have to be stacked vertically instead of horizontally. Falcon 9’s established performance of roughly 16.5 tons (payload adapter included) to LEO means that the rocket will be limited to around 12 or 13 Gen2 satellites per launch, however, making the task somewhat easier.

If SpaceX can squeeze that many Starlink Gen2 satellites inside of Falcon 9’s existing reusable fairing, it could still boost the efficiency (total bandwidth per launch) of each Starlink mission by ~50% relative to the same rocket carrying 50-60 Starlink V1.5 satellites. It’s no surprise, then, that SpaceX appears to be doing everything it can to begin launching Starlink Gen2 as quickly as possible, whether or not Starship is ready to help.