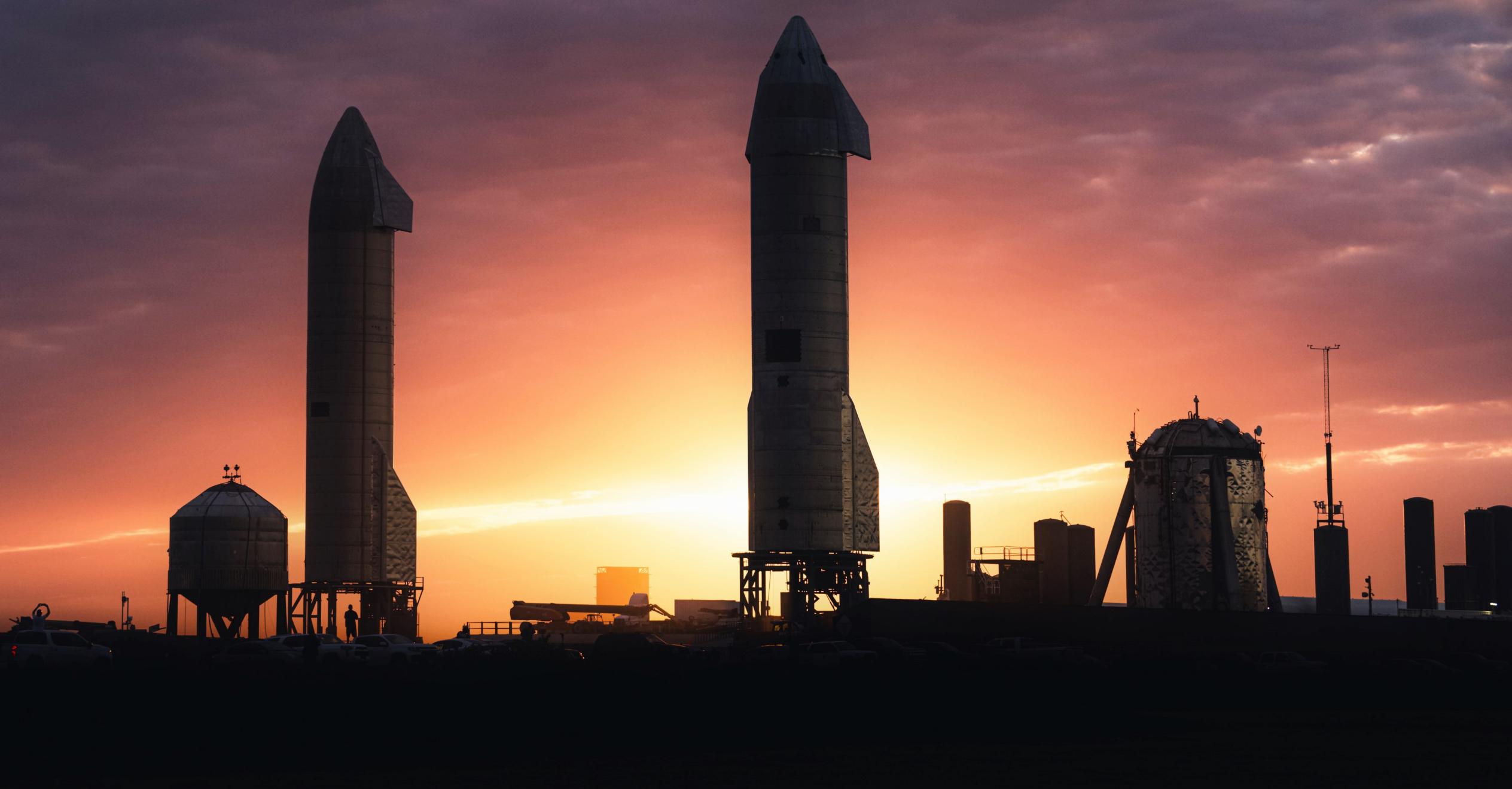 SpaceX wants to launch its next Starship ASAP

Starship SN10 is ironically front and center in this SN9 prelaunch photo published by SpaceX.

Contrary to recent comments from CEO Elon Musk, SpaceX appears to be forging ahead at full speed in a bid to launch its next Starship ASAP.

Known as Starship serial number 10 (SN10), the prototype is the latest in a series of four ships SpaceX has ultimately set aside from low(er)-altitude development testing. Starship SN8 – the first functional prototype to reach its full height – debuted on December 8th, 2020, blowing expectations out of the water with a failure mere seconds before the end of a more than six-minute flight test. According to Musk, had a fuel tank remained properly pressurized from start to finish, SN8 could have very well stuck the landing on the first try.

Two months later, after the better part of two weeks of licensing and static fire test delays, Starship SN9 attempted to carry the torch forward but suffered an unrelated failure slightly earlier than SN8’s. One of two Raptor engines failed to ignite for a high-risk flip and landing burn, causing the Starship to impact the ground even more violently than its predecessor. It’s unclear why the ill-fated Raptor failed to ignite or why the engine that did ignite appeared to experience a major failure shortly thereafter but rocket propulsion is extraordinarily difficult – and Raptor is near – or at – the end of that scale.

While SpaceX obviously hasn’t spun around and fixed a complex Starship propulsion issue in a matter of days, Musk eventually revealed his opinion that he, his engineers, or some combination of both “were too dumb” to exploit one obvious way to mitigate the risk of engine failure during flip and landing. That ‘obvious’ tweak: reignite all three of Starship’s available landing engines, not just two.

In theory, with a fast-enough response time, Starship could ignite all three Raptors, perform a supercharged flip from a belly- to tail-down orientation, and selectively shut off one of the engines based on the data from what is essentially a midair static fire. In the event that all three engines are performing nominally, Starship would shut down the least useful engine (i.e. the Raptor with the least leverage) for a gentle two-engine landing burn.

That said, the ship landing burn has a clear solution. My greatest concern is achieving good payload to orbit with rapid & full reusability, without which we shall forever be confined to Earth.

Impressively, Musk said that SpaceX would implement those changes immediately, attempting the first three-engine reignition as early as Starship SN10’s launch debut. Already at the launch pad when Starship SN9 lifted off, SpaceX revealed plans to launch SN10 as early as February 2021 at the end of SN9’s test flight webcast.

A few days prior to SN9’s ill-fated test flight, Musk had also stated that Starship SN10 would perform a “cryoproof” test and only then have its three Raptor engines installed. Instead, in an apparent change of plans, SpaceX installed Starship SN10’s Raptors – SN39, SN50, and an unknown third engine – from February 5th to 7th.

On Sunday, local longtime resident Mary (aka BocaChicaGal) received an official safety alert from SpaceX, signaling plans for an explosive Starship test of some kind as early as Monday, February 8th. Historically, those overpressure safety warnings have only been distributed when SpaceX is preparing for a Starship static fire attempt. In other words, it’s possible that Starship SN10’s very first test could be a live wet dress rehearsal (WDR) with flammable liquid oxygen and methane propellant. If that WDR goes well, SpaceX could move directly into a one, two, or three-engine static fire.

Of course, as SN9’s lengthy test period rubbed in, Starship is still in the prototype stage and is far from a mature system, meaning that it’s always safer to expect delays than an on-time performance. To be clear, it’s far more likely that SpaceX will perform a familiar “cryo proof” test with non-flammable liquid nitrogen – perhaps hoping to complete a cryoproof and static fire in the same test window.

Either way, stay tuned for updates and follow along with NASASpaceflight’s excellent live coverage in the event that SpaceX really is prepared to static fire Starship SN10 between 9am and 6pm CST (UTC-6) on Monday.

SpaceX wants to launch its next Starship ASAP