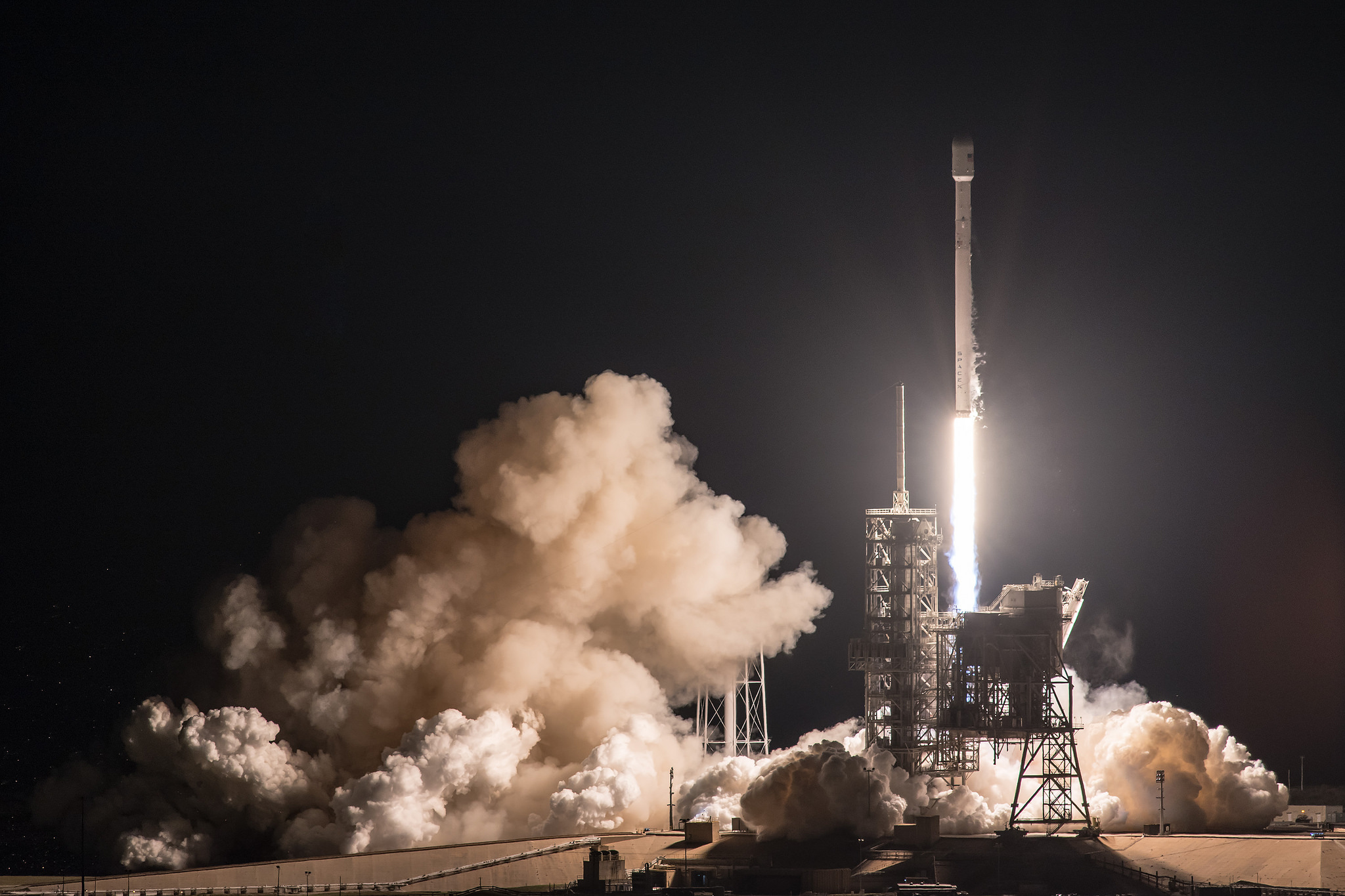 After a scrubbed launch earlier this week due to weather, SpaceX successfully launched and deployed the Echostar XXIII satellite into Geostationary Transfer Orbit (GTO) at 2:34am EST on March 16th.

The launch was SpaceX’s second from Launch Complex 39A at Kennedy Space Center and the company’s first commercial satellite launch from the historic Apollo-era site. The launch pad, also, previously supported NASA’s Space Shuttle program that began in 1972 and ended in 2011.

SpaceX revolutionized space missions with the development of the reusable stage 1 booster, however today’s Echostar XXIII mission did not see Falcon 9 perform a self-landing. This particular satellite is extremely heavy at 5,500 kilograms and was deployed at a very high altitude at 35,000 kilometers. These factors require that the first stage consume all of the onboard fuel in order to achieve a speed of  Mach 30 or 37,000 kilometers per hour. With the expendable nature of the launch, stage 1 was not equipped with fins or retractable legs, further lightening the load.

After being deployed into GTO, Echostar XXIII will deliver internet and satellite television service to Brazil for the duration of its expected 15 year lifespan. The satellite represents the 84th that Echostar has deployed into geostationary orbit over the last 60 years.

SpaceX’s next mission is expected to be in late March or early April and will see the first re-use of a recovered Falcon Stage 1.

If successful, the launch will validate one of the foundational principles of SpaceX which is to lower the cost of space travel by building reusable rockets.