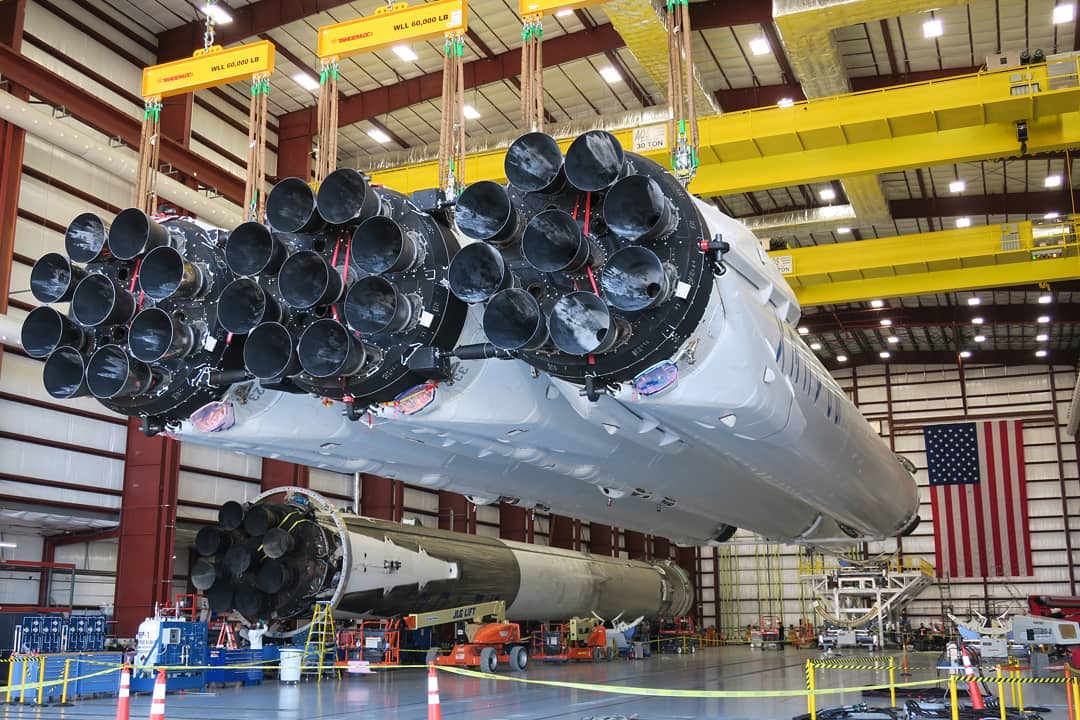 In an unexpected bode of confidence in the nascent vehicle, SpaceX has competed for and won a $130 million US Air Force launch contract for the massive Falcon Heavy rocket. While not planned to occur until September 2020 at the earliest, the most critical aspect of this development is the fact that the USAF has apparently already certified Falcon Heavy for high-value military launches.

The almost knee-jerk certification of Falcon Heavy for USAF launches makes for an extraordinary contrast when compared with the certification of SpaceX’s Falcon 9 workhorse rocket, a tedious political minefield that took more than two years, led SpaceX to (successfully) sue the federal government, and forced the Air Force to critically reexamine its internal processes after they delayed SpaceX’s certification by six or more months. For that particular endeavor, the USAF required SpaceX to complete three successful Falcon 9 launches, while also preventing SpaceX from engaging in launch contract competitions until their launch vehicle was certified in May 2015.

#SpaceX has won a competitively-awarded #AirForce launch contract for the AFSPC-52 flight. The mission will utilize a #FalconHeavy rocket. Mission will launch by Sept. 2020 from LC-39A at Kennedy Space Center. Statement from Gwynne Shotwell below… pic.twitter.com/a5ka2ov20L

Jump ahead to 2018 and SpaceX appears to have been allowed to compete for this particular mission – known cryptically as AFSPC-52 – before Falcon Heavy had so much as completed an integrated static fire test. The awe-inspiring rocket did, however, complete a nearly-flawless debut launch in February 2018, a mission that required the company’s Falcon upper stage to survive a lengthy (6+ hour) coast in orbit before igniting its Merlin vacuum engine for one final burn. Regardless of the specifics, many of which have likely been kept under wraps, the Air Force must have been quite impressed with the rocket’s debut performance, and Falcon Heavy has now – according to President and COO Gwynne Shotwell – been certified for USAF missions just four months later. 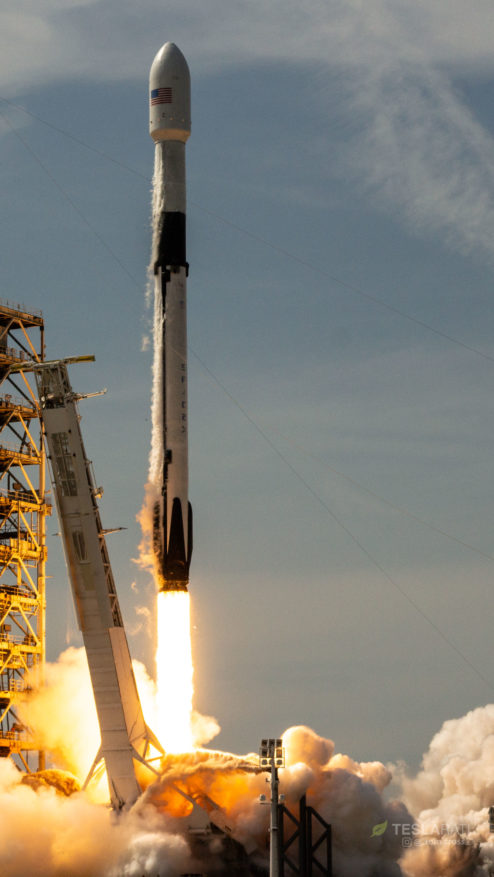 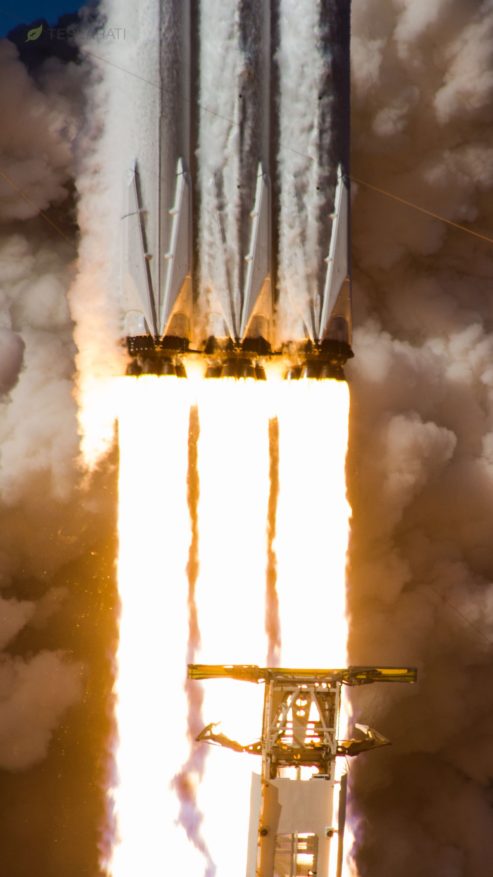 It’s somewhere between difficult and impossible to accurately compare the different payloads and launches of the Air Force Space Command (AFSPC), but SpaceX’s only competitor ULA was awarded a contract for the launch of two relatively different AFSPC payloads at an average (fixed) cost of $175 million per mission. Those satellites were likely much smaller than AFSPC-52 but they require direct insertion into geostationary orbit (GEO), whereas AFSPC-52 may instead be sent to a geostationary transfer orbit (GTO) before circularizing the orbit under its own power.

Still, SpaceX’s triple-booster Falcon Heavy launch contract will cost the USAF a slim $130m. It’s worth noting that the 2018 AFSPC-8 and -12 contracts awarded to ULA were for the company’s single-booster Atlas 5 rocket, with most of the draw coming from its admittedly advanced, efficient, and extraordinarily reliable Centaur upper stage, tasked with reigniting repeatedly to circularize the orbit of its valuable satellite payloads once in space.

While it requires far less rigor than the Air Force’s more secretive, national security-sensitive satellite launches, SpaceX’s second Falcon Heavy launch – this time with three highly-reusable Block 5 boosters – will also be conducted with the military branch as the primary customer. Known as Space Test Mission-2 (STP-2), Falcon Heavy will be tasked with carrying a stack of dozens of different smallsats to a variety of orbits. Of note, the vast majority of that mission’s payload comes in the form of a 5000-kilogram ballast mass, included because the mission was manifested on Falcon Heavy (instead of the operational Falcon 9) for the sole purpose of facilitating the rocket’s rapid certification for critical Air Force missions. 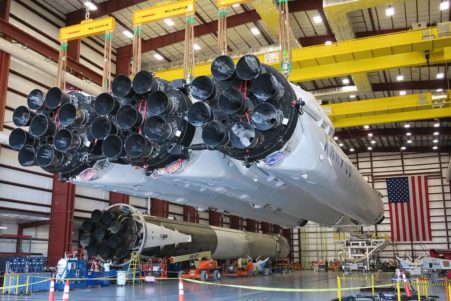 Falcon Heavy may look for more condensed than Delta Heavy, but its performance dramatically outclasses the ULA rocket in all but the highest-energy mission profiles. (SpaceX) 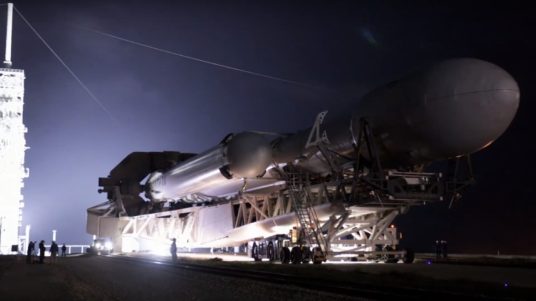 The fully-integrated Falcon Heavy rolls out to Pad 39A. For vertical integration, think of this… but vertical. (SpaceX)

STP-2 is currently scheduled for no earlier than (NET) November 2018, while the third launch of Falcon Heavy – the commercial Arabsat 6A communications satellite – is tentatively targeted for December, although it’s almost guaranteed to slip into Q1 2019.