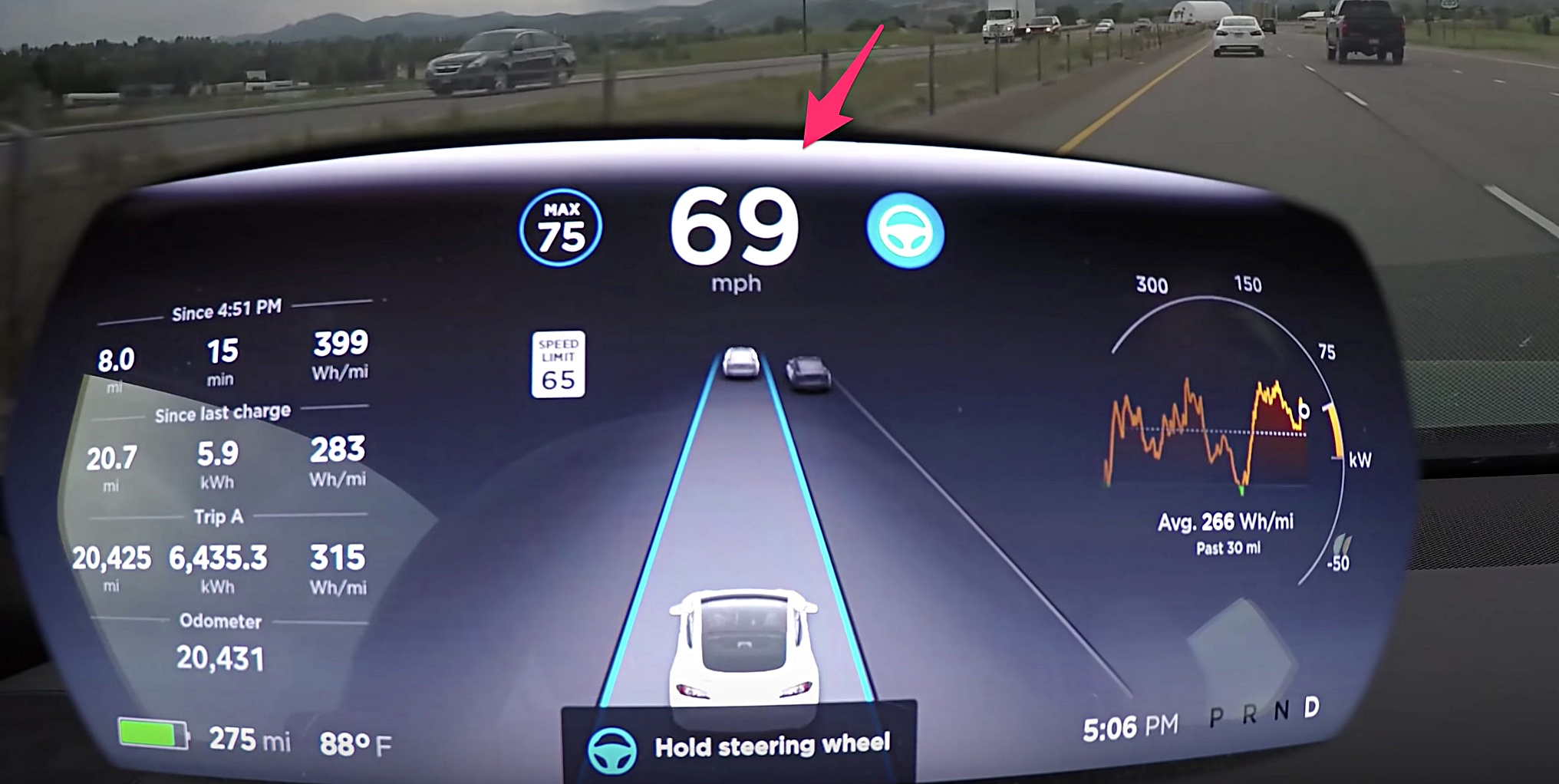 In a recent update on Twitter, Elon Musk stated that Tesla would introduce a feature that would allow Model S and Model X drivers to lower the Autopilot alerts displayed in the electric cars’ instrument cluster.

Musk’s update came as a response to complaints from several Tesla owners on Twitter about the placement of the white flashing alert in the luxury sedan and SUV’s driver’s console. The warning lights, which appear when the car detects that drivers have not placed their hands on the steering wheel for a period of time, are positioned at the top of the instrument cluster in the current iteration of the company’s software.

As noted by Model X owner David Kilzer, however, his tall height, together with his preferred steering wheel and driving position, makes it very difficult to see the white flashing lights on the instrument cluster. Since his steering wheel blocks a portion of the driver’s console, he ends up missing the alerts until the vehicles audible alerts start, giving him little time to react. Musk, who is quite tall as well at 6’2, responded, stating that Tesla would add a configuration that would allow drivers to lower the placement of the Autosteer alert.

We will add a config to lower the alert

The current settings of Autopilot’s warnings have become a particularly sensitive topic for many Tesla owners, many of whom have been using the smart driver-assist system for years. With the rollout of v8.1 (2018.21.9), Tesla opted to increase the frequency of Autopilot “nags,” which are reminders for drivers to hold the steering wheel. The increased frequency of the alerts, which reportedly come in as short as 15-20-second increments, has managed to aggravate a number of longtime Tesla drivers. Complaints were also aired about Autosteer’s warnings prompting drivers to “Hold (the) Steering Wheel,” since the alert does not disappear even if their hands are resting on the wheel.

As could be seen in the owner’s manual of Tesla’s vehicles, however, Autosteer actually detects the resistance from a driver’s hands. Thus, if a driver does not apply a slight force on the steering wheel while the driver-assistance feature is engaged, the “Hold Steering Wheel” warning will not disappear. Following a recent software update, the reminder displayed in the vehicles now advises drivers to “Apply light force to steering wheel.” Tesla’s release notes on the updated reminder could be read below.

Apart from the option to lower the alerts in the instrument panel of the Model S and Model X, Tesla is also set to roll out several new features to its fleet. Just recently, Elon Musk announced on Twitter that Tesla is working on a feature that would allow Autopilot to detect the turn signals of other vehicles on the road. The feature, which Musk stated is already “mostly working” with the developer software he is currently using, would likely be one of the capabilities that would set the stage for Tesla’s Full Self-Driving suite, the first features of which is expected to roll out this coming August with the release of Software Version 9.

Check out the following video from DÆrik that shows the difference in Autopilot alert positioning and frequency between Tesla’s recent software updates.