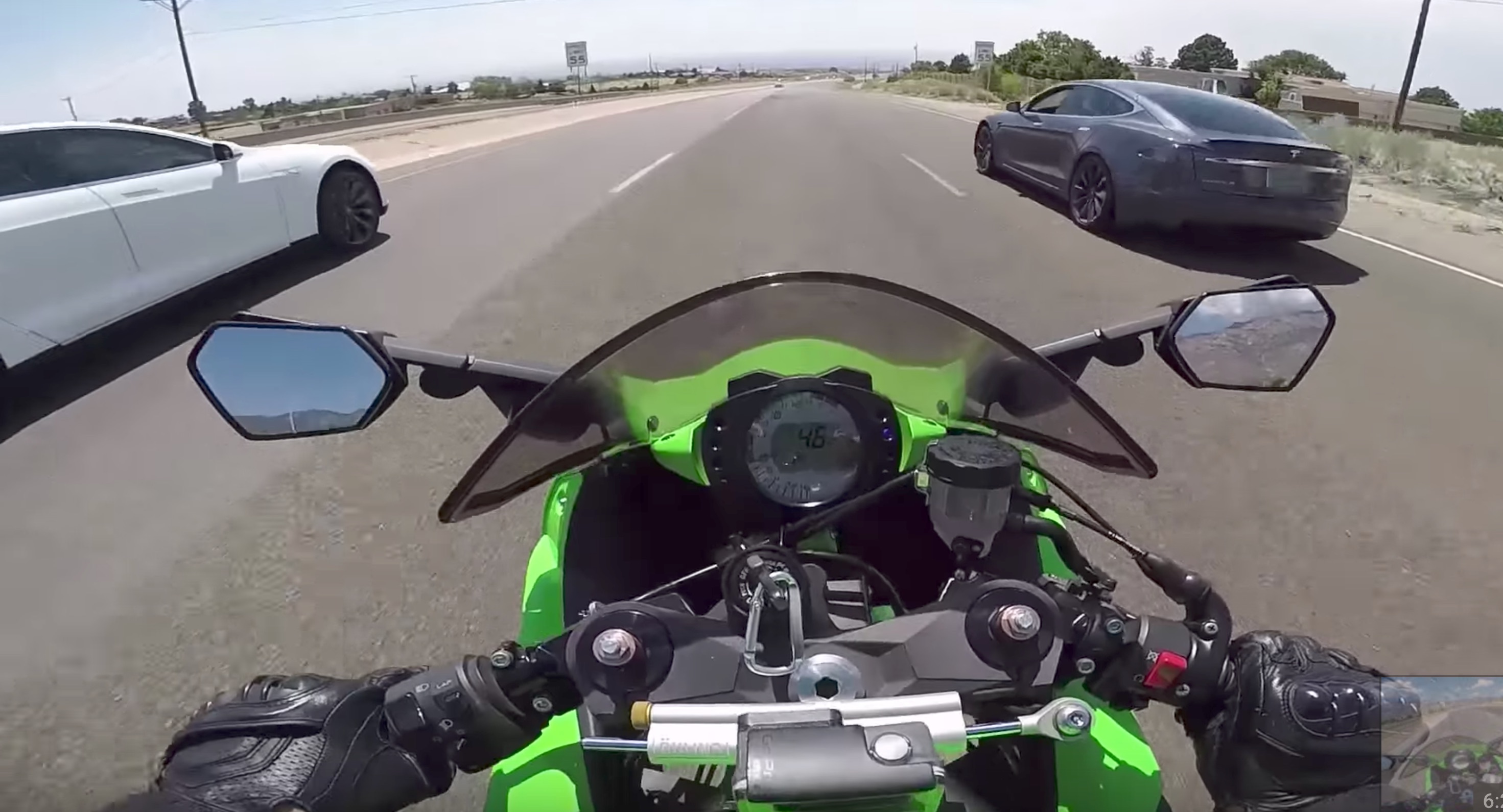 A new video posted by a Kawazaki Ninja sport bike owner under the YouTube channel BreakingMoto reveals yet another run-in with a Tesla Model S. Having learned the hard way just 1-year prior that Tesla always wins, the sport bike owner engages in a seemingly random street battle against another Tesla for a second chance at victory.

This time, the biker is back with a larger and tuned 1000cc 2010 ZX10R, upgraded from a race-ready 2008 ZX6R that proved useless when it came to out drag racing a previous generation “Classic” Model S with nose cone. However, there’s just one problem. Their choice encounter with the Tesla this time around proved to be with a Ludicrous-enabled Tesla. And, not just with one, but two: a P100D and P90DL.

Watch as the Kawazaki Ninja attempts to race a pair of Ludicrous Tesla Model S from a rolling start.

Hint: The race ends up to be a battle between Model S P100D vs Model S P90DL.