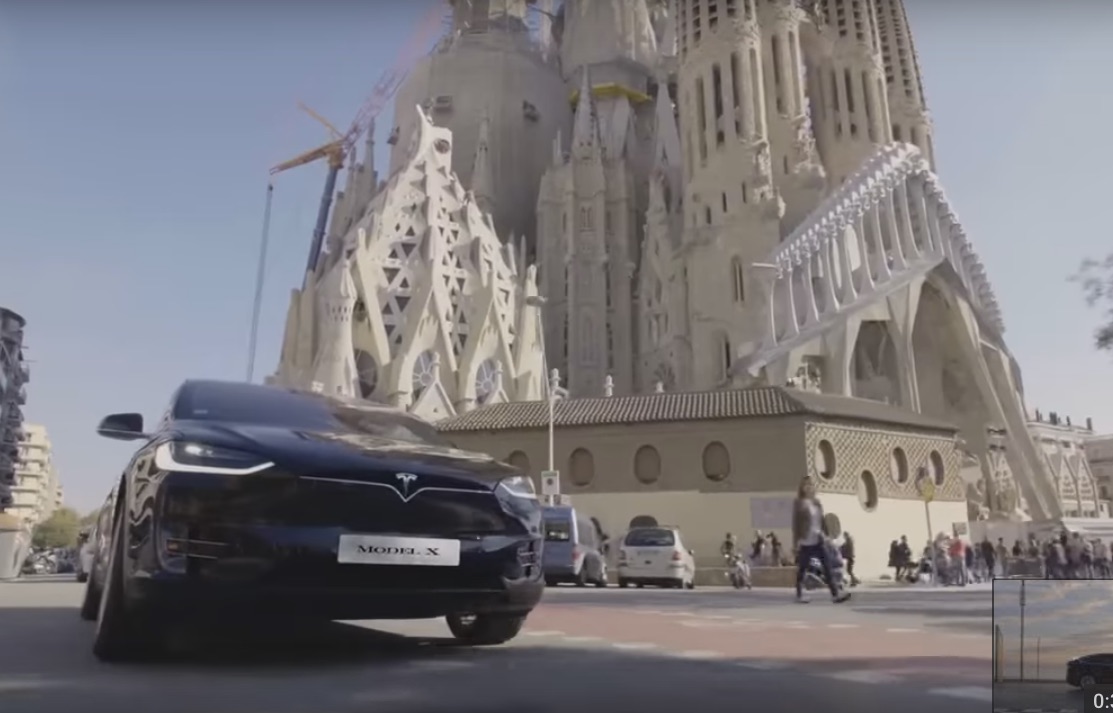 Spain has become the newest market for Tesla as the company officially opened its online Design Studio to customers within the country. New orders of Model S and Model X vehicles are expected to arrive as early as the end of the first quarter 2017.

The formal announcement, which also confirmed both Barcelona and Madrid as locations for future Tesla stores and service centers slated for the end of 2017, was supported by a 45-second promotional video circulating in Barcelona.

The video begins with the morning sun rising over the ocean through a partly cloudy sky. Spain. For ages, the caption reads, Spain has followed the sun, using nothing more than the wind. Slow Spanish guitar notes punctuate the scene, which switches to the famous 198 ft. tall statue of Christopher Columbus, who points over the Barcelona city center. And discovered a new world.

The new world that is here. With the metaphor of old and new coalescing, the imagery focuses on several views of wind turbines, which serve as a reminder of the corruption and moratorium on wind power that the Spanish national wind association AEE had declared in January, 2016 following scandal-filled elections. And now. We are on street level, walking along with pedestrians through their typical days that include cell phones, cafes, and city buses. Clean. Calm. We glimpse a Tesla Model X partially in each scene: shiny, natural, alluring. Powerful and potent. A full shot of the Model X is next, set against the famous W hotel, which resembles a giant sail. 613 kilometers range.

The Tesla logo appears in a diffused background. 100% electric. The Model X cruises down a gray brick city street next to the nationally ranked Quadra Panis. 0-100 km. in only 2.7 seconds. The Model X flashes among various Barcelona city spaces. A growing network caption is superimposed beside the Model X and a Tesla Supercharger station. As the promotional video reaches its crescendo, the Model X becomes part of a wide array of city spaces, including the cathedral La Sagrada Família with its magnificent flying buttresses, ancient arches, private side streets, tropical palms, empty beaches, parking garages, and town squares.

Order now at Tesla.com glides across the screen as the Spanish guitar’s final notes dissipate. We are left with a black background and the white Tesla logo.

In October, Tesla advertised for openings in its upcoming store and service locations in Spain as precursor to accepting orders for Model S and Model X in the Spanish territory. The Model S is being offered at a price range of €80,100-154,500 ($85,300-165,500), which includes value-added tax and documentation costs. The base price of the Model X is €103,100; Spanish customers may end up paying €158,400 for its fully accessorized options.

Spanish customers can also reserve the Model 3 for €1,000, with deliveries anticipated by mid-2018.