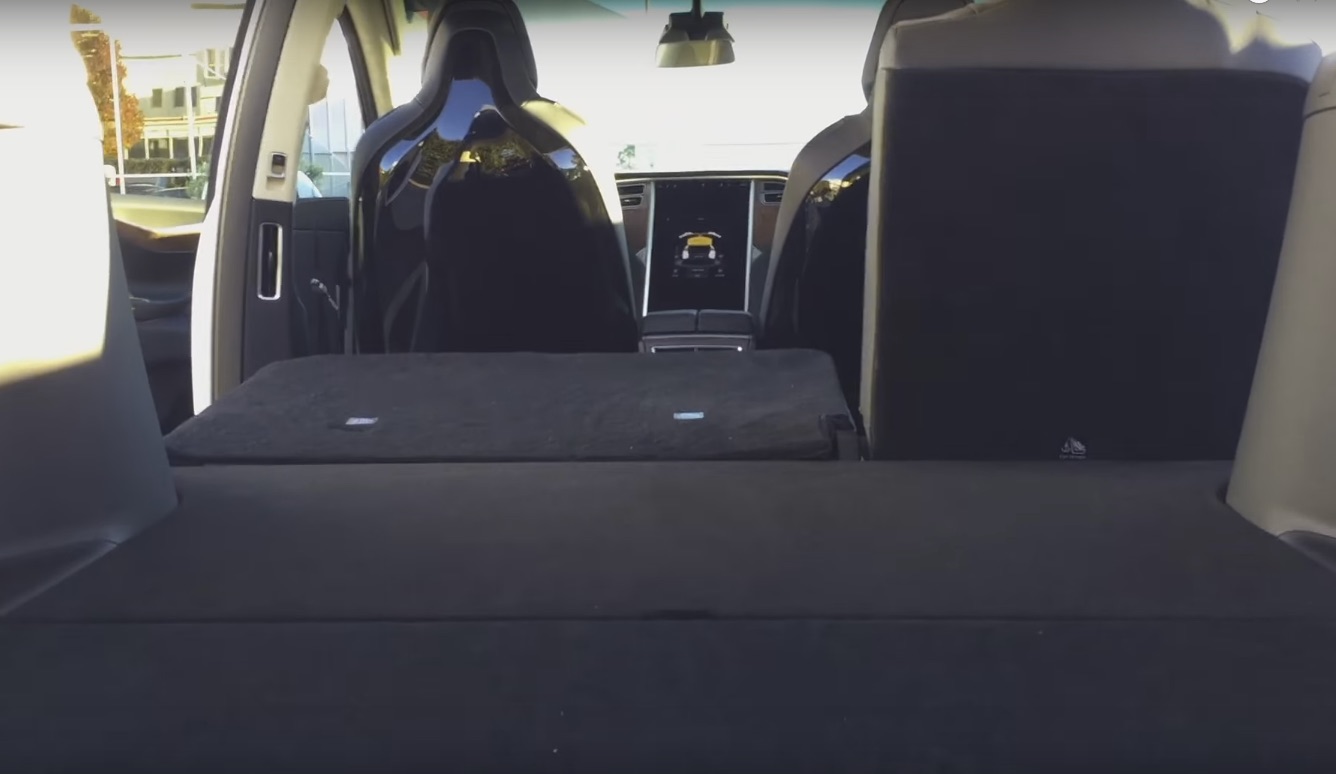 Following Tesla’s recent announcement that a folding second row seat design will be made available on the Model X with 5-seat configuration, a new video has surfaced showing how the new fold-flat 60/40 split seats operate.

The video taken at Tesla’s Fremont, Calif. factory highlights the enormity of Model X’s massive best in class 88 cubic feet of cargo space, but also provides a never-before-seen look at the new seat base. The elegant monopost seat design found on the 6 and 7-seat configuration has been replaced with an arguably basic looking seat brace on the 5-seat set up. Having only two rows of seats, Tesla didn’t need to facilitate passenger ingress and egress to a third row thereby eliminating the need for the complex motorized monopost seat that’s capable of sliding and tilting.

A traditional pull lever found on the outer side of the second row seat releases the seat back from its locked position and allows it to fold completely flat. Two removable panels – one covering the section where the third row seat would normally be, and the other covering the trunk cargo space – form a completely flat cargo bed nearly the size of a full size mattress. 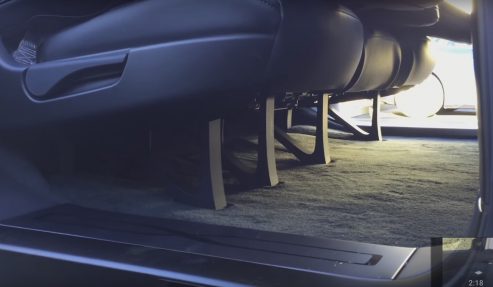 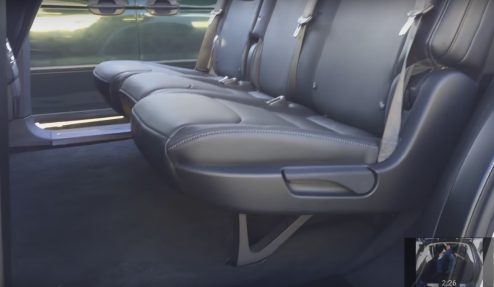 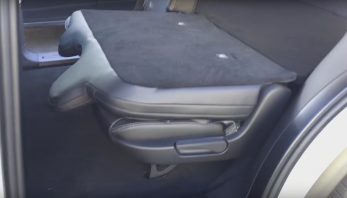 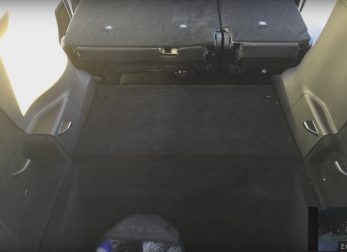 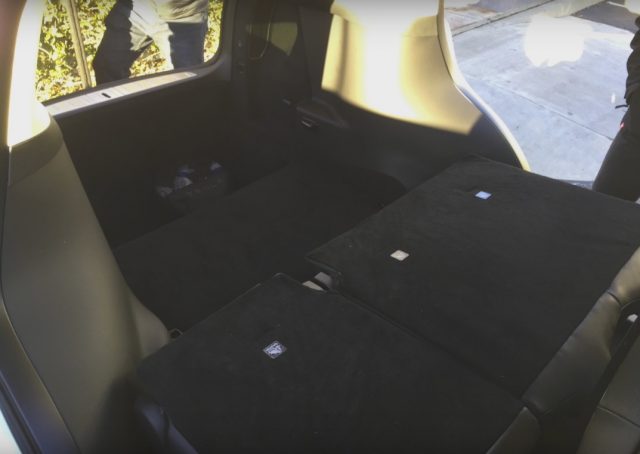 Here’s how cargo space on the Model X with 5-seat configuration compares to other crossover SUVs within its class. We’ve also included a video below that provides a detailed look at the various storage configurations that can be had using the 60/40 split folding seats.