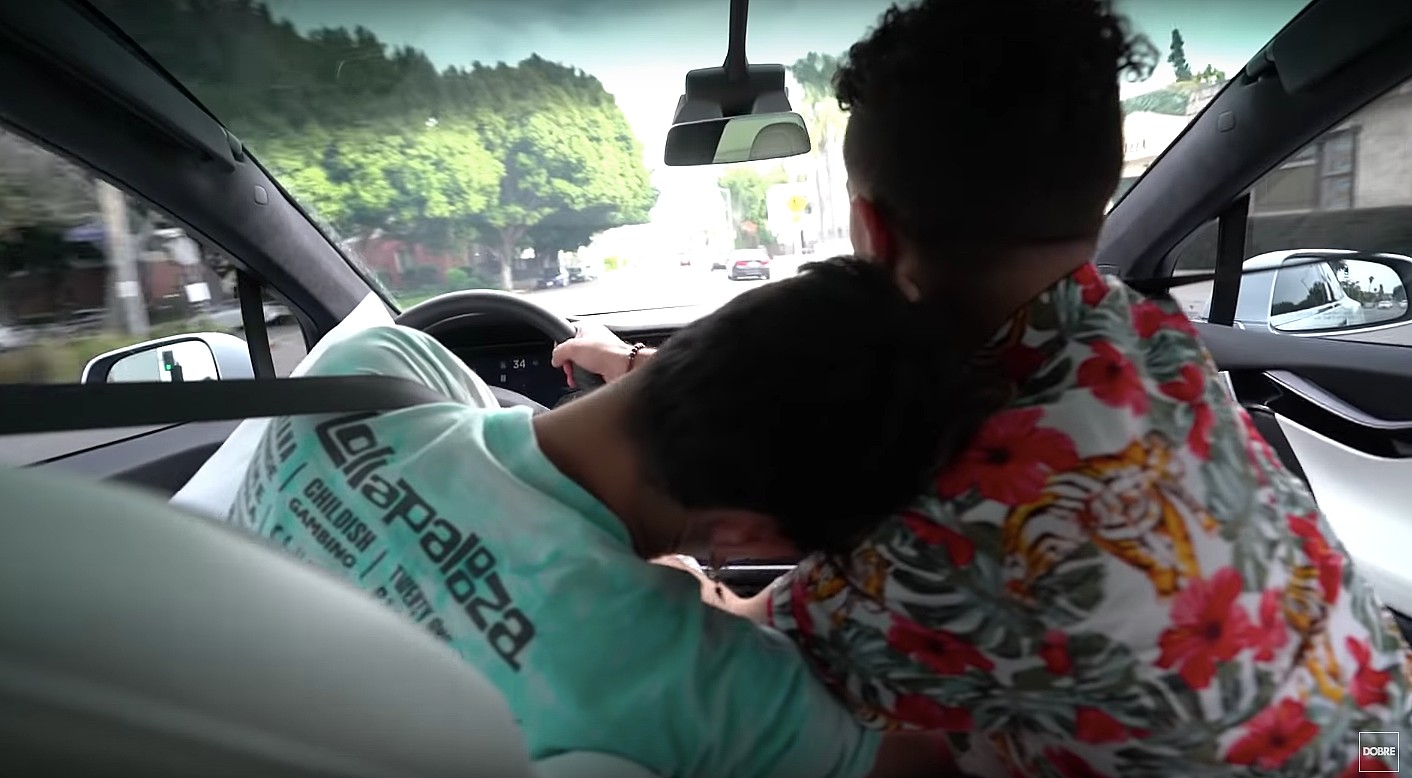 Tesla Autopilot “prank” by YouTuber is a big face palm

Teslas are unique vehicles with their own unique capabilities. It is then no surprise to see YouTube and social media platforms be riddled with their own fair share of Tesla-themed prank videos. While most of these pranks tend to be harmless, silly fun (unexpected Ludicrous launches come to mind), some end up being more on the annoying and dangerous side. A recent prank from noted entertainment YouTubers Lucas and Marcus Dobre falls on the latter.

The twin YouTubers, whose channel boasts an impressive following of 19.2 million subscribers and over 4.8 billion views, recently opted to conduct one of their trademark pranks on their friends and family. This time around, the twins opted to conduct a Tesla Autopilot-themed prank, engaging the driver-assist system and then pretending to fall asleep at the wheel. The Dobre twins pulled the joke on several individuals, from their older brother to a member of their production team.

A look at the Autopilot prank video shows that the entire episode was on-brand for Lucas and Marcus Dobre, whose online fame was built on relatively wholesome fun that includes dance routines, pranks, and gymnastics exhibitions. Yet, behind the humor of the recent video lies something far more serious: inasmuch as the reactions of the unwitting victims were amusing, the fact remains that Autopilot was not appropriately used during the entire segment at all.

At the beginning of the video, for example, the Dobre twins proved quite liberal in dubbing the Tesla Model X with Autopilot as a self-driving car. This is not the case, as Tesla’s actual autonomous driving solutions, which allow drivers to take their hands off the wheel entirely while the vehicle is in motion, is not yet rolled out to consumers. Basic Autopilot, which was used by the twins, is also a hands-on system, but this was ignored for the most part during the entire video.

Teslas are arguably the most fun vehicles on the market today, but the company has also been working incredibly hard to ensure that its cars are among the safest on the road. Autopilot is among the company’s key safety features as it provides owners with an additional set of eyes on the road, but it also requires responsible usage. Pretending to be sleeping while Autopilot maneuvers around city streets is not an example of responsible behavior.

YouTubers with massive followings such as at the Dobre twins are best advised to be more careful and aware of the risks involved in misusing Autopilot. The twins’ older brother, Darius, who was a victim of the prank, even remarked that they have invested in TSLA stock. As such, one can only assume that Lucas and Marcus opted to perform the prank despite knowing full well what Autopilot’s capabilities really are, and what the system is really intended for in its current iteration. Hopefully, the Dobre twins’ next Tesla-themed pranks will be a lot more responsible. Those unexpected Ludicrous launch pranks never get old, after all.

Watch the Dobre twins’ Autopilot prank in the video below.

Tesla Autopilot “prank” by YouTuber is a big face palm