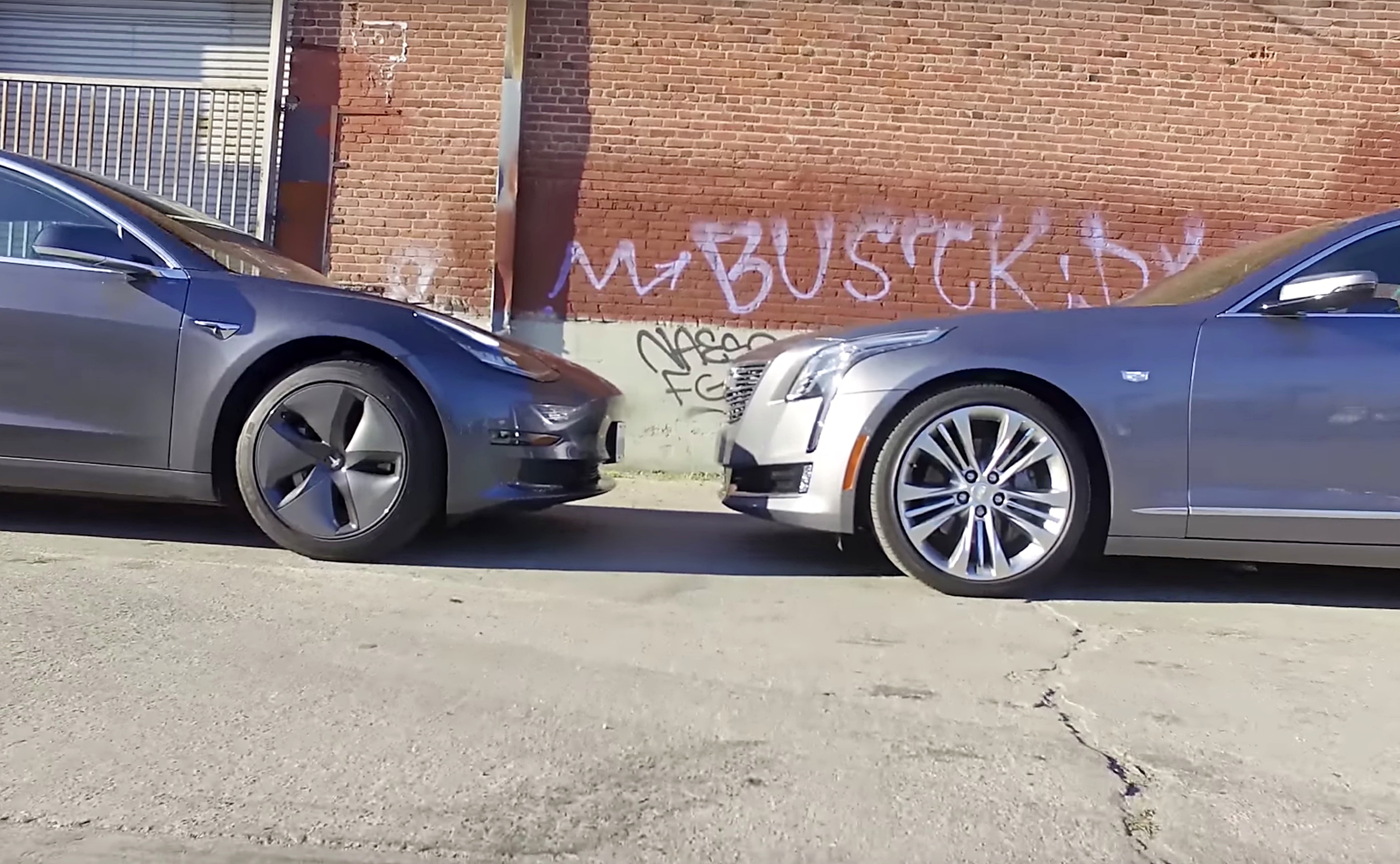 Tesla is famous (or in some circles, infamous) for its Autopilot driver assistance system, but it isn’t the only game in town. Other automakers are developing their own autonomy features, and Cadillac has a system on the market: Super Cruise, which debuted this year on the CT6 luxury sedan.

Dan Edmunds and Jason Kavanagh, of the automotive consultancy Edmunds, tested an Autopilot-equipped Tesla Model 3 and a Super Cruise-equipped Cadillac CT6 to compare the two systems, and presented their road test in a new video.

Autopilot and Super Cruise both combine adaptive cruise control with autosteering (Level 2 automation, according to SAE’s definition). Neither claims to be a completely autonomous driving system.

Heavy stop-and-go freeway traffic is where driver assistance systems shine, so Dan and Jay take the two cars out on the infamous Santa Monica freeway during the morning rush hour. Both systems handle the horrendous traffic fine, but there are important differences between them.

As Jason notes, Autopilot wants you to keep your hands on the wheel, but if you grip the wheel too tightly, it will return the car to manual control. Tesla drivers learn how to apply just the right amount of pressure to the wheel. Unlike Autopilot, Super Cruise doesn’t require the driver to lay hands on the wheel at all – it uses a set of sensors on the steering column to verify that you’re keeping your eyes straight ahead.

Super Cruise works only on limited-access highways that have been mapped by the system (this seems to include pretty much every Interstate highway in the US). Autopilot will theoretically work on any road that has clearly defined lane markings, but Jason finds (as other drivers have) that once you get off the highway and onto smaller two-lane roads, its lane-keeping performance can be pretty poor.

This video was produced in February, and Tesla has updated the Autopilot system since then. Edmunds has a new video in the works that test the latest update, so stay tuned.