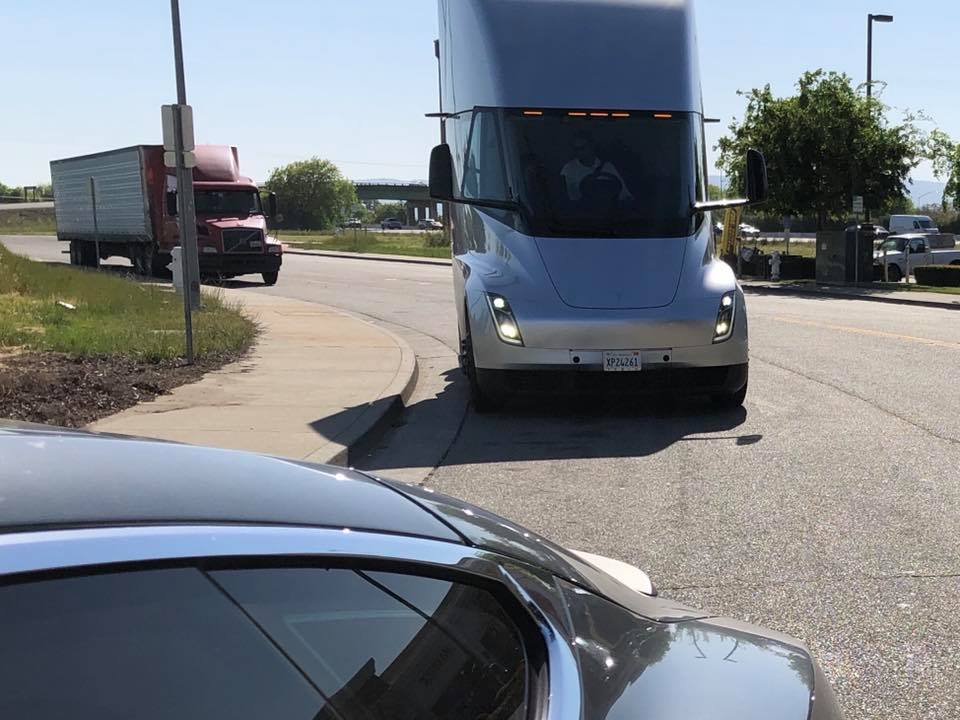 Tesla Semi sighted on cargo route between Fremont and Gigafactory

The silver, long-range Tesla Semi electric truck was recently sighted on a cargo route in Dixon, CA, seemingly taking a brief pitstop between the Fremont factory and the Nevada Gigafactory.

The recent Tesla Semi sighting was shared on social media by Model S owner Gytahnna Loffgren, who noted that the electric truck looked great in person. As could be seen in the images provided by Gytahnna, the silver Tesla Semi was spotted on 2715 Plaza Ct, a location close to Rt 80, roughly 83 miles from the Fremont factory. Based on the direction that the truck was facing, the long-hauler appears to have just come off the Rt 80 exit heading north, 177 miles away from the battery factory through I-80 E. 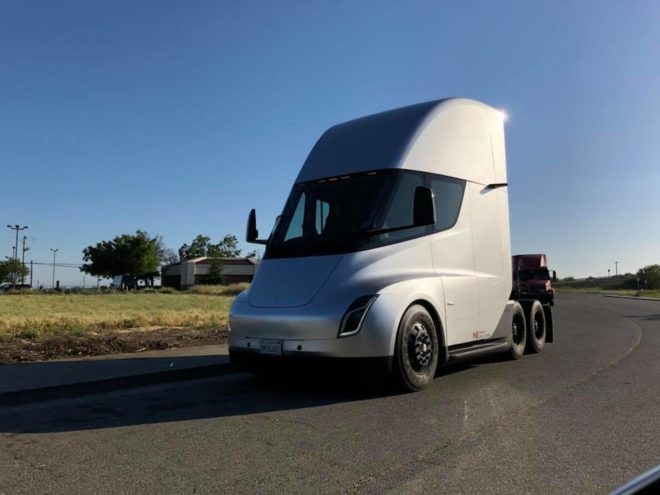 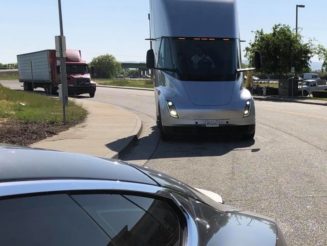 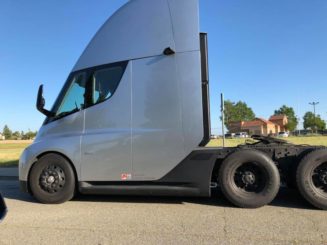 Unlike previous sightings of the electric truck, the Tesla Semi was not pulling any cargo this time around. Considering that it appears to be on its way to Gigafactory 1, there is a good chance that the electric truck, which is equipped with four Model 3-derived electric motors and up to 500 miles of range for the long-range variant, just finished a cargo run to the company’s car factory.

Last March, Tesla CEO Elon Musk revealed on social media that the two prototype Semis would be delivering battery packs from Gigafactory 1 to the Fremont, CA facility. Since then, sightings of the two electric trucks traveling together have increased in frequency, with a recent one even suggesting that the Semis were driving in “Convoy Mode.”

Tesla’s strategy to use the Semi prototypes as part of its delivery fleet for its Nevada and California facilities was explained by VP of Truck programs Jerome Guillen during a talk at the Netherlands.

“Tesla will be the first customer for its own truck. So we will use our own trucks to carry cargo in the US between our different facilities. We have (an) assembly factory in California; we have a battery factory in Nevada, so we’ll use our truck to carry things in between,” he said.

The two Semis’ deployment into the company’s fleet of delivery trucks comes at a time when Tesla is attempting to reach another milestone for its most ambitious vehicle to date — the mass production of the Model 3. Considering that the compact electric sedan’s battery packs are manufactured in Gigafactory 1, the two Tesla Semis are playing a valuable role in helping the company achieve its goal of producing 5,000 Model 3 per week by the end of the second quarter.

Apart from being utilized as delivery vehicles for the Model 3’s batteries, the two Tesla Semi trucks have also been spotted at locations across the United States where some of the vehicles’ customers are based. Over the past few months alone, the Tesla Semi has been sighted in St. Louis, MO at the Anheuser-Busch brewery; in Dallas, TX at a PepsiCo demo event; and at a highway in Des Moines, IA close to the headquarters of Ruan Transportation Management Systems.

Tesla Semi sighted on cargo route between Fremont and Gigafactory