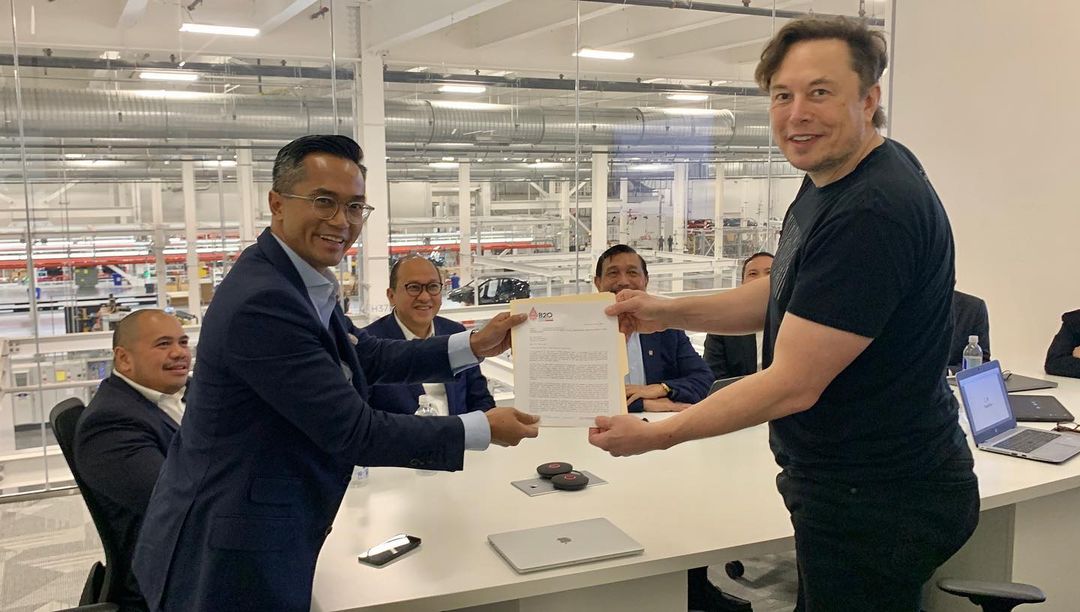 Tesla CEO Elon Musk recently accommodated a delegation from Indonesia in Gigafactory Texas. Images and insights from the meeting were shared by some of the Indonesian officials following their conversation with Musk.

The group reportedly discussed a number of topics, among them being Indonesia’s nickel deposits, which would be valuable for Tesla and its battery production efforts. Nickel is a crucial component of electric vehicle batteries, such as the 4680 cells that Tesla would be using for projects like the Cybertruck, Tesla Semi, and the next-generation Roadster.

Several officials were part of the delegation. These included Indonesia’s Coordinating Minister for Maritime Affairs and Investment Luhut Binsar Pandjaitan, Indonesian Ambassador to the United States Rosan Roeslani, and Anindya Bakrie, the general chair of the Advisory Council of Chamber of Commerce and Industry.

In a post on Instagram, Bakrie noted that the goal of the meeting was to persuade Tesla to explore the idea of cooperating with Indonesia for its battery supply chain. “Our goal is to convince Tesla to explore cooperation with Indonesia regarding the supply and processing of Nickel as a raw material for making Battery Cells based on good and sustainable ESG (Environment, Social and Governance),” Bakrie wrote.

The official noted that Musk was in high spirits during the meeting, seemingly in part due to the CEO’s successful bid for Twitter. The Coordinating Minister for Maritime Affairs and Investment noted that the meeting with Musk was pleasant. Pandjaitan even noted that Musk agreed to meet with Indonesia President Joko Widodo during his upcoming visit to the United States.

“I did not expect to be greeted so cordially and cordially by the CEO of Tesla, Inc. Elon Musk, at the Tesla Giga Factory in Austin, Texas. This is indeed the first time for Elon and I to meet, but actually, our communication has been established for the past two years. For about an hour, I conveyed the potential raw material for electric vehicle batteries, which we are currently exploring through the mineral downstream program,” Luhut wrote.

The delegation from Indonesia was not just received warmly by the CEO. They were also given a tour of Gigafactory Texas, arguably Tesla’s most advanced electric vehicle production facility to date. Before parting, the delegation presented Musk with an invitation to the B-20 forum, one of a series of G-20 events that are set to be held in Bali, Indonesia in November.