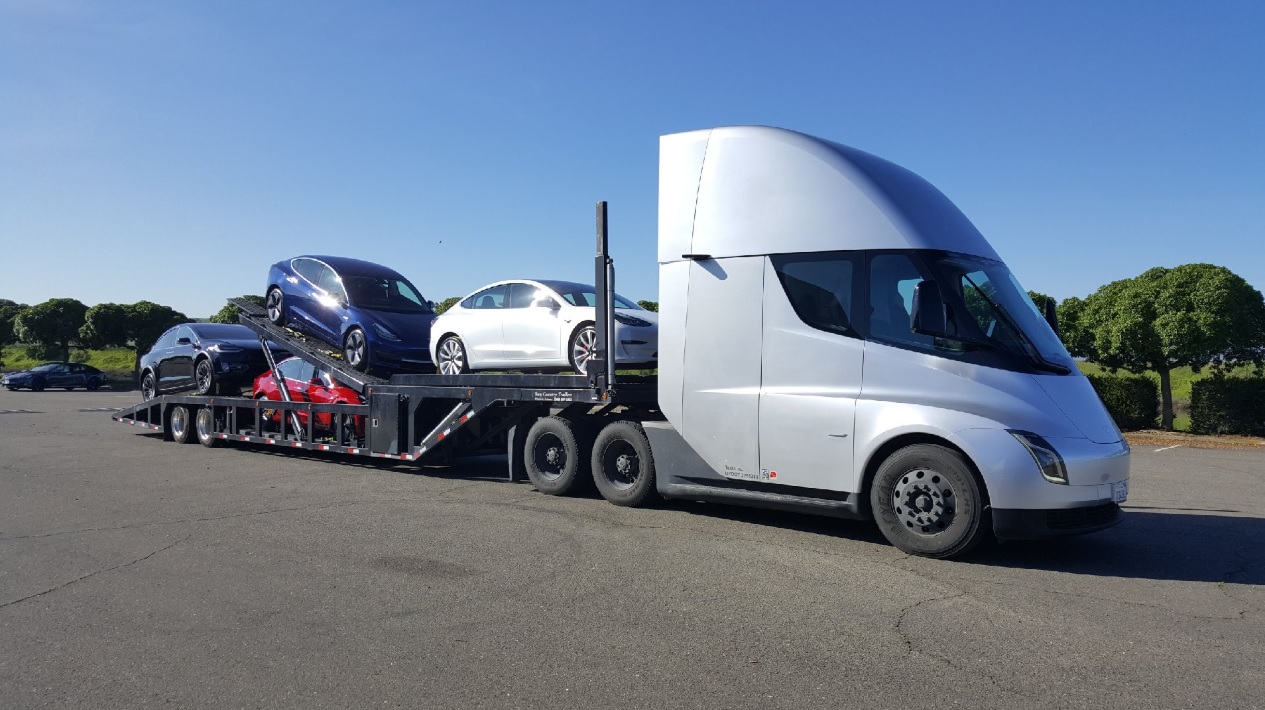 With the transition to electric vehicles now inevitable, car carrier companies are urging politicians and the Biden administration to raise the truck weight limitations on the United States’ highways. By doing so, car carrier companies could transport more electric vehicles. But inasmuch as the proposal seems sound, the rail sector and safety activists strongly oppose the idea, with critics arguing that heavier trucks mean more dangerous roads.

It should be noted that even before electric vehicles like the Tesla Model 3 and Model Y became mainstream, American vehicles were already getting heavier. According to the Environmental Protection Agency (EPA), the average weight of automobiles and trucks on US highways has grown from 3,200 pounds to 4,200 pounds during the last 40 years. That was far before vehicles like the Tesla Model S surged in popularity.

For now, electric vehicles comprise less than 1% of the cars on US roads, but US President Joe Biden and his administration have pushed for half of vehicle sales by 2030 to be comprised of EVs. This is great for the environment, but pushing more EVs has an aftereffect of sorts. Since electric cars are heavier than their combustion-powered counterparts due to their large batteries, car carrier companies simply cannot transport as many of them as quickly under the current weight limits for car carrier trucks on the road, according to an Autoblog report.

Sarah Amico, executive chairman of Jack Cooper, one of the largest car carrier companies in North America, outlined some risks that come if the US government’s road weight limits maintain the status quo. “The truth is we will not be able move as many electric vehicles under the current weight limit. That could mean more trucks on the road, delays in orders, and increased costs,” Amico said.

Trailers in the United States today are restricted by federal highway safety standards to 80,000 pounds gross vehicle weight. And with the growing prevalence of EVs, the car hauling industry has pushed its lobbying efforts in an attempt to update the restrictions. The effort has some supporters, such as Illinois Republican lawmaker Rodney Davis, who serves on the House Transportation Committee. Davis noted that the auto transporter industry is looking to raise the weight limit on roads by about 5-10%.

“The auto transporter industry needs a modest 5% to 10% weight variance. Otherwise, an already-challenged supply chain will require more tractor-trailer rigs on the nation’s highways to deliver the same number of finished vehicles. That means more miles driven, more wear and tear on our roads, more fuel used, and more emissions,” he said.

While an extra 8,000 pounds may not sound like much, it could be the difference maker that could allow transporters to carry the same number of EVs as their ICE-powered counterparts. The Ford F-150 Lightning is about 1,600 pounds heavier than its gas-powered sibling, for example, and the Volvo XC40 Recharge SUV weighs about 1,000 pounds more than the combustion-powered Volvo XC40.

The efforts of car carrier companies, however, have met strong opposition from critics. Among these critics are the companies’ rivals in the freight rail industry, as well as safety experts who argue that heavier trucks are more difficult to stop, easier to roll, and cause more wear and tear on roads. Cathy Chase, President of Advocates for Highway and Auto Safety, mentioned some of these reservations. “With any incremental change comes incremental danger, and that results in more fatalities,” Chase said.

But while the concerns of skeptics are reasonable, the use of all-electric trucks like the Tesla Semi should address a number of safety concerns about heavier vehicles on the road. Electric trucks, after all, utilize systems such as regenerative braking to help the vehicles stop safely. The rollout of systems like Autopilot and FSD could also be a difference-maker in the safety of trucks, as they could ensure that pedestrians and other commuters are as safe as possible on the road.