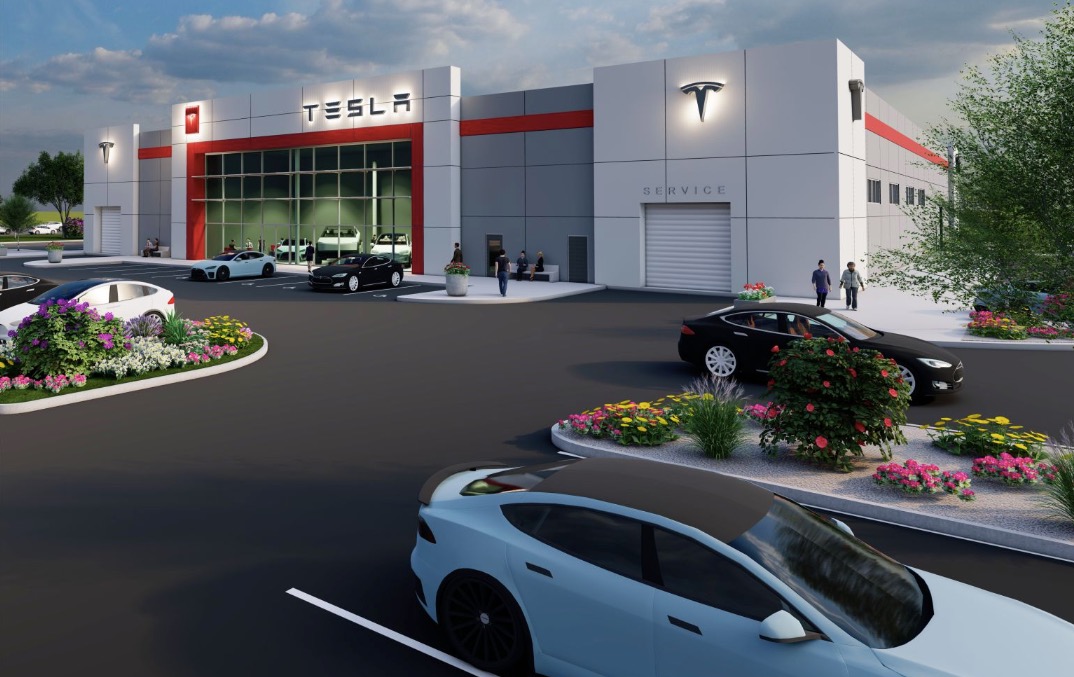 Tesla is building its second sales, service and delivery center on tribal land. The Pueblo of Santa Ana announced a new Tesla Center on the Tamaya Indian Reservation last Friday.

Tamaya Ventures owns the Pueblo of Santa Ana wholly and partnered with Tesla on a 35,000-square-foot multi-purpose center. The new Tesla Center will occupy four acres of land in the Pueblo’s Master Business Lease/Business Development District. Tesla plans to open the center by May 2023.

“This is an exciting start to the next frontier of tribal economic creation, diversification, and competitiveness,” commented Governor Joey Sanchez. “Tamaya Ventures has executed extremely well on behalf of the Pueblo of Santa Ana to bring a global partner like Tesla to our region.”

This partnership brings opportunities for economic impact and diversification, and opportunities to create careers not just jobs. The investment that Tesla is making in workforce development and training as part of this project will be extremely valuable in helping our strategic efforts to create an economy that is powered by STEAM [Science, Technology, Engineering, Arts and Manufacturing].”

Tesla plans to invest in workforce development at Santa Ana Pueblo. It offers full scholarships to Tribal members so they gain the necessary skills to work at Tesla’s new sales, service, and delivery center.

In September 2021, Tesla opened its first center on Native American tribal land in New Mexico. By building on tribal land, Tesla effectively sidestepped a New Mexico law prohibiting the company from directly selling EVs and operating a service center in the state. The state law does not apply to tribal lands since they are considered sovereign nations.

U.S. Senator Martin Heinrich (D-N.M.) noted that New Mexico’s presence in the EV space would significantly improve soon, thanks to the Infrastructure Law and Inflation Reduction Act. Tesla may benefit from its presence in the area.

“New Mexico received $38 million from the Infrastructure Law to build out an EV charging network. The Inflation Reduction Act will supercharge [the] manufacturing of EVs and a broad range of clean energy and electric technologies. It also establishes tax credits to help more families afford to purchase new and used EVs,” said Senator Heinrich.

“Scaling our production and adoption of EVs is critical to meeting our climate goals, reducing unhealthy air pollution, and creating big savings for families on maintenance and fuel costs. Places like this new center will be at the heart of this transition. Congratulations to everyone whose hard work made this announcement possible,” he added.