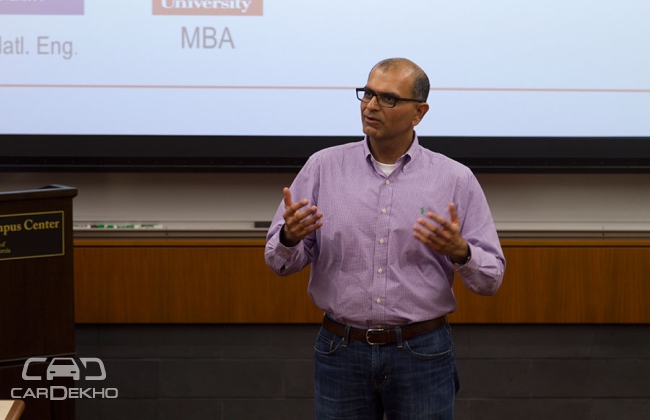 Tesla CFO and Google’s former VP of Finance Jason Wheeler announced during today’s Q4 earnings call that he will be leaving Tesla effective in April to pursue interests in the public sector. In his place, former Tesla CFO Deepak Ahuja will be returning in March to fill the position, once again, but in a permanent capacity.

CEO Elon Musk expressed support for Wheeler’s plans to move into the public sector during today’s Q&A call. Musk confirmed in the call that Deepak would be joining the company as a long term replacement, rather than an interim replacement.

“Jason has been a key member of Tesla’s leadership team, and he has played an important role in further improving the company’s financial position,” said Tesla co-founder and CEO, Elon Musk in a blog post this afternoon.

Wheeler welcomed the return of Ahuja during the call, saying “I wouldn’t feel comfortable leaving if we didn’t have a really good [replacement.] He’s super energized and ready to go, he’s a great leader.”

Deepak Ahuja first joined Tesla in 2008 during the company’s financial troubles as Tesla’s first CFO. He would later lead Tesla through it’s successful IPO. Ahuja left the company aiming for retirement in 2015 and now is returning from retirement to rejoin Tesla. He joined the board of FireEye a cyber security firm in September, 2015 as he prepared to enter retirement.

In a 2011 interview with McCormick Magazine, part of Northwestern University’s engineering department, Deepak says, “Change forces you to push your limits and discover your potential.” Deepak certainly is in for a change as he prepares to rejoin the company as Tesla grows faster than ever.

The transition from Wheeler to Deepak should be very easy, given Deepak’s recent experience at Tesla. Although,  since his departure Tesla acquired SolarCity and is in the process of merging the two complex companies and SolarCity’s complex financial products.