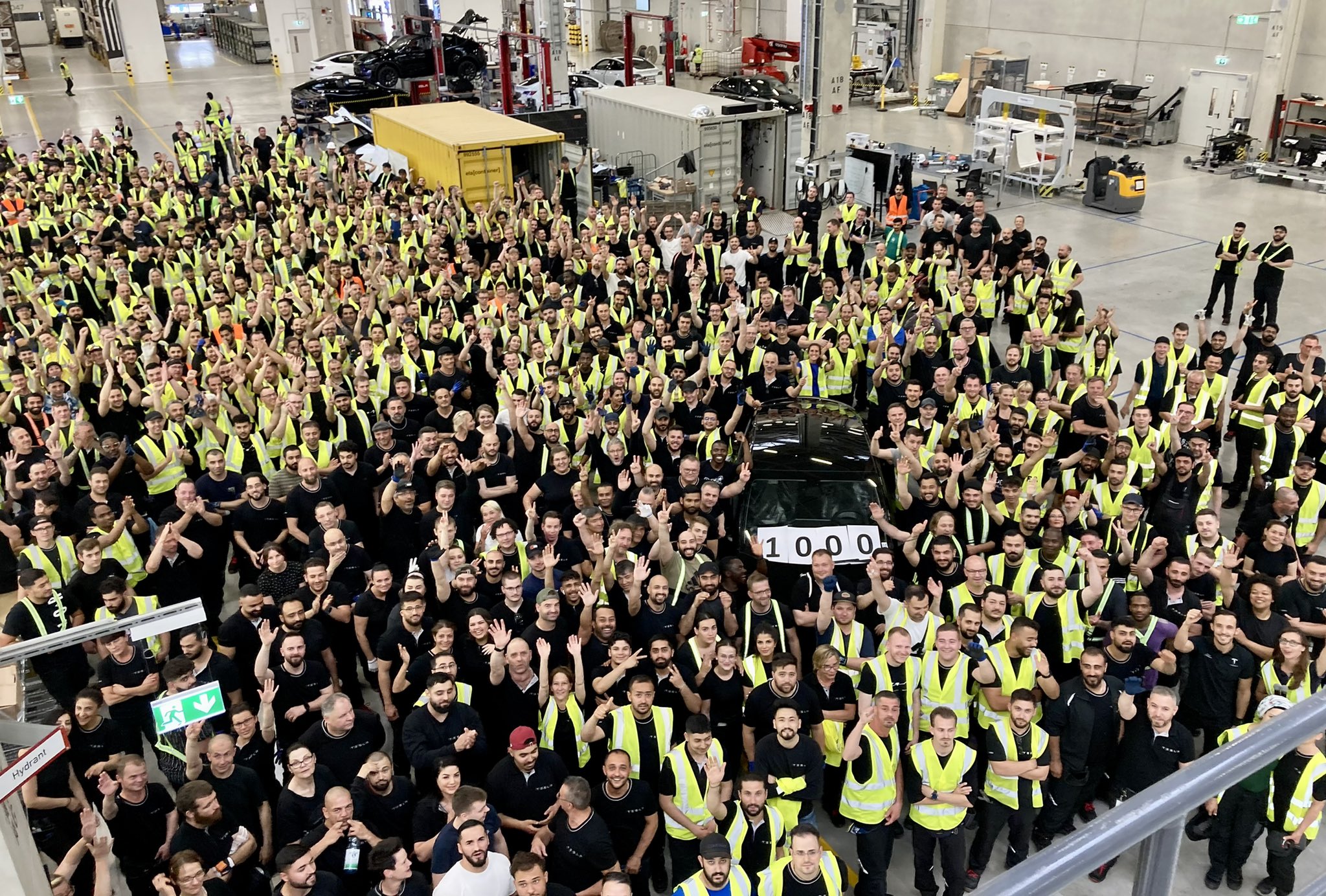 Tesla announced late last week that its new production facility in Germany, Gigafactory Berlin, achieved a production rate of 1,000 cars in a week. The facility was commissioned for production in March, meaning the 1,000 run rate is a huge step in the right direction, especially in terms of the plant’s production ramp.

Tesla CEO Elon Musk shared the exciting news on Twitter, “Congratulations to Giga Berlin team on making over 1000 cars in a week!”

Tesla’s $5.5 billion Gigafactory Berlin is the company’s second manufacturing facility outside of the United States, joining Gigafactory Shanghai. Only the Tesla Model Y is presently manufactured at this Tesla factory.

In March, Elon Musk praised Giga Berlin as a “gemstone” for Germany and also addressed how the factory could help combat climate change. “Every vehicle that we make will be another step in the direction of a sustainable energy future,” Musk said.

The ramp of Tesla’s German factory is one of the most crucial in the electric automaker’s current production outlook. Giga Berlin was subjected to many delays in initial production, which limited Tesla’s ability to compete in the quickly growing and highly competitive European automotive market. While Giga Berlin was working through hoops with the government, Tesla tasked Gigafactory Shanghai to produce and export vehicles to Europe. It worked well, but now that Giga Berlin is producing cars, Tesla is tasking that plant with Model Y deliveries within the continent.

Despite Tesla laying off 10 percent of its paid workforce, the company is hiring between 500 and 600 people a month for Gigafactory Berlin.

Congratulations to Giga Berlin team on making over 1000 cars in a week! https://t.co/TX8S4ozuxJ

Minister Jörg Steinbach stated earlier this month, “The situation of carmakers in other regions realizing that the production of electric cars requires less people than they had in the past is helping us because we are trying to bring them here to Brandenburg.”

The EV company is reportedly working with the country’s national employment agency to recruit staff. So far, they have hired 4,100 to 4,500 workers for its production.