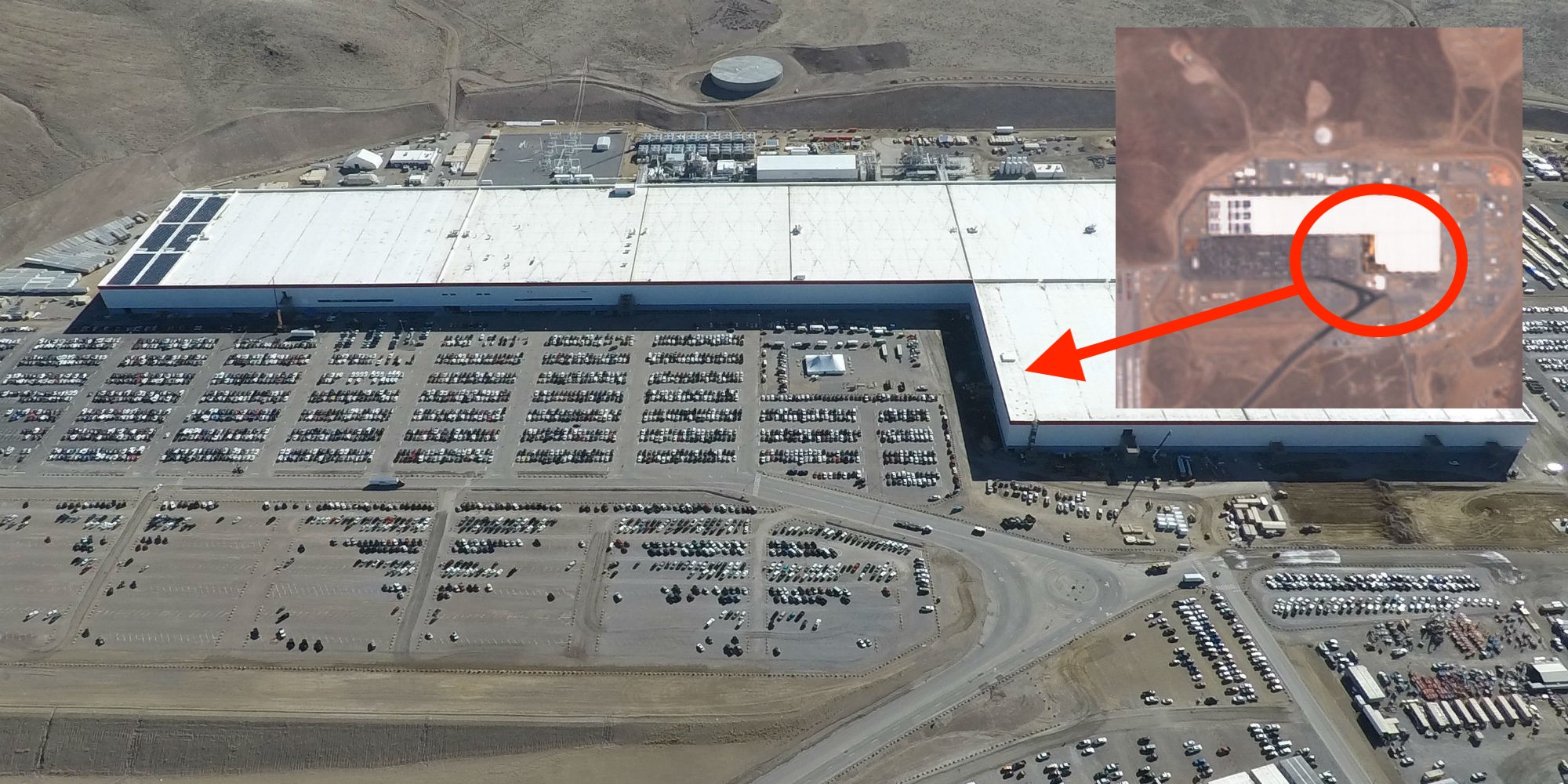 An aerial shot of Gigafactory 1 outside Reno, Nevada, taken during a flyover on March 12, 2018. (Credit: Teslarati, Building Tesla)

For over two years, Tesla Gigafactory Nevada’s exterior has remained practically the same. The machinery inside the facility has been in a constant state of change and upgrades, but when it comes to the Gigafactory’s physical construction, the building has remained 30% complete for a while. That is, at least, until this month.

Images aggregated from Building Tesla reveal that a significant amount of work is currently being done on one area of the battery and drivetrain facility’s roofing. The satellite images do not show much detail about the building itself, but there are two things that are evident: one, the construction area is massive, and two, it appears that the work being done involves tearing down a part of Gigafactory Nevada’s roofing.

This is an incredibly interesting turn of events for Tesla’s first Gigafactory, considering that any physical changes to the facility have been marginal since mid-2017. Since then, a series of solar arrays have been installed on one end of the facility, but that was mostly it. The only question that begs to be answered now is the purpose of the current construction activities.

The Tesla community has provided several inferences about the reasons behind the ongoing construction, from potential re-roofing activities to possible preparations for the construction of additional floors. That being said, the scale of the work being done and the area of roofing that seems to have been removed so far suggests that something pertinent is ongoing.

Ultimately, it is pretty encouraging to see Gigafactory Nevada undergoing physical changes. The facility, after all, is Tesla’s first Gigafactory, and its buildout has been notably slower compared to the company’s other facilities, such as Gigafactory Shanghai in China. Even Gigafactory Berlin, which encountered delays in its permits due to opposition, is now progressing at a rapid pace these days and is due to start operations by next year.

Gigafactory Nevada plays an important part in Tesla’s operations, being the facility that produces battery cells and powertrains for the Tesla Model 3 and Model Y. The facility has undergone numerous upgrades over the years, though they have been focused on optimizing production lines that are already existing in the facility itself. If the ongoing construction today is pointing to a physical expansion of the facility, it would be exciting to see what other operations Gigafactory Nevada could begin in the near future.