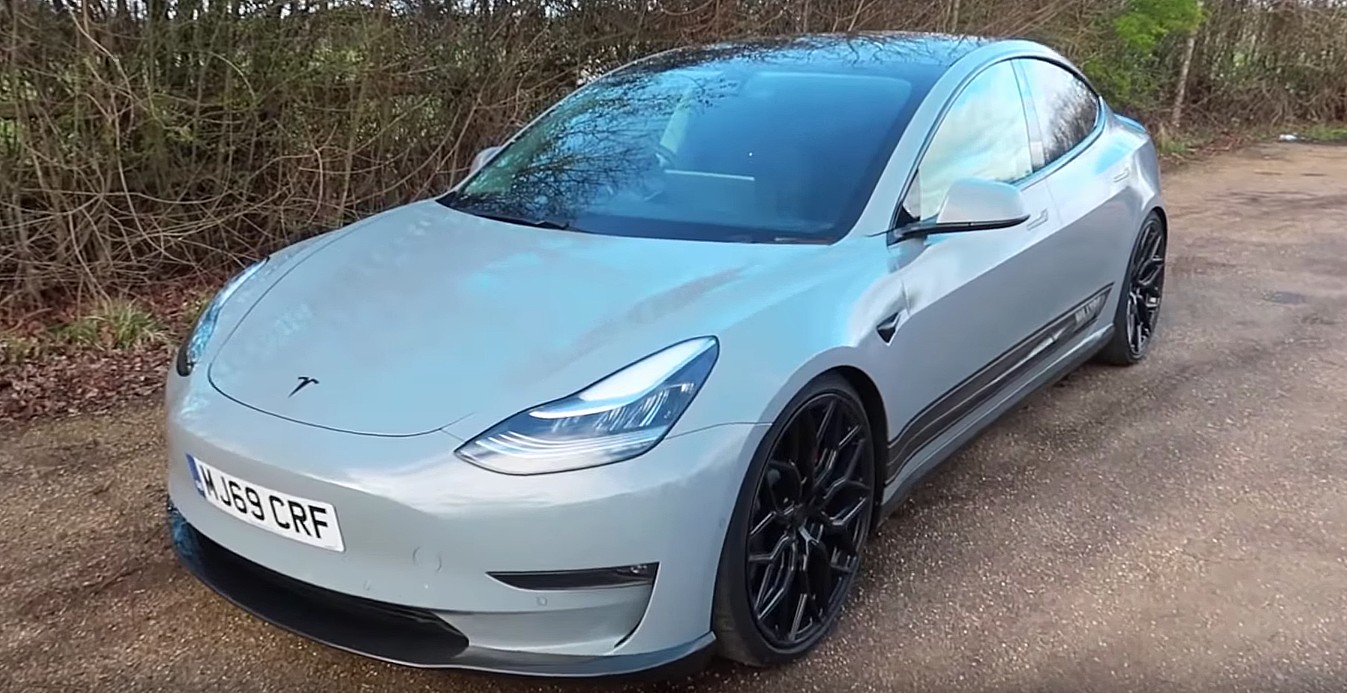 A Tesla Model 3 Performance was recently modified by a UK-based exhaust system manufacturer, giving the electric sedan a range of active sounds to give it a “proper exhaust note and sound.”

“For some, the peace and quiet of a Tesla is the reason they buy the car. For us, it was the way the car drives, and the silence was something we saw as a project to overcome. Why can’t we have the best of both worlds?” Miltek Sport wrote on its blog.

The mobile app allows one to set the kind of sound the system will play and the sound changes as one steps on the accelerator of the Model 3. One can choose from the roar of a V10 or V12 engine, and Miltek Sport will reportedly add more to the list of active sound options in the future.

The host of the Archie Hamilton Racing and the spokesperson for Miltek Sport took the Model 3 Performance with Active Sound for a spin.

“With EVs, our roads aren’t ready for EVs… it’s too loud so when you’re driving along, you get a lot of road noise in the car. Sometimes…it’s just nice to have an engine burbling away rather than just tire and wind noise. It feels more natural to have that. With the EVs, yes, the performance is there on paper but it’s not emotive. There’s no feeling to it. What the sound does is give it some feeling and some heart,” a spokesperson said.

Electric cars are radically quieter than their internal combustion engine counterparts. Tesla owners, for example, may only encounter tire noises and wind resistance noise at higher speeds. An occasional whine of electric motors is present from time to time.

“It’s a very subtle noise and you’re right, it gives it character. I just feel like we’re in a normal life sports car now,” the YouTube host added.

Artificial engine sounds for electric cars is not really a new idea. In fact, authorities in the United States and Europe recommend electric and hybrid car manufacturers to give owners the ability to choose an engine sound they can use while driving at low speeds to alert pedestrians. Tesla competitor Porsche Taycan, for example, offers a $500 package for an Electric Sport Sound package that gives the electric sports car the howl of a high-revving V8 engine.

Tesla owners, on the other hand, commonly deal with cabin noises with additional door seals. The Palo Alto, California-based carmaker even designed acoustic foam-lined tires for a quieter interior cabin.

According to Miltek Sport, Active Sound might soon feature futuristic sounds comparable to Star Wars. For most Tesla owners who enjoy the quiet motors and their potent performance, the force in such modification might not be that strong.

Check out the video of the Tesla Model 3 with Active Sound from Archie Hamilton Racing: