Emil Senkel, hailed by German local publications as one of the most active Tesla fans and enthusiasts in the region, created a 3D Giga Berlin map that shows the factory with a solar roof, areas of the property that has been cleared of trees, employee parking, and railyard. The railroad and nearby roads are also accurately represented on the digital map.

🏞️ Here is a labeled map, it is a combination of my 3D #GigaBerlin and a satellite view 😄 pic.twitter.com/DgE412QrQX

Senkel rendered to life Tesla’s activities in Brandenburg as it prepares to hold a Giga Berlin groundbreaking ceremony later this month where CEO Elon Musk has confirmed his attendance. The maps are consistent with the latest reports showing more heavy machines and activities on the build site. 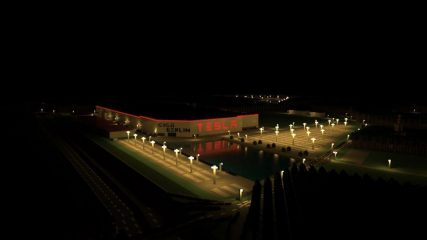 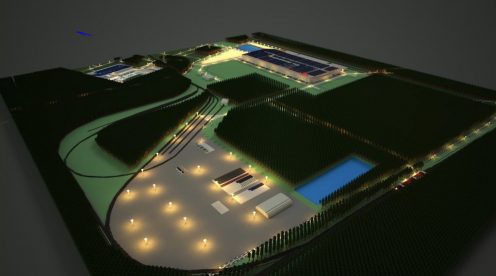 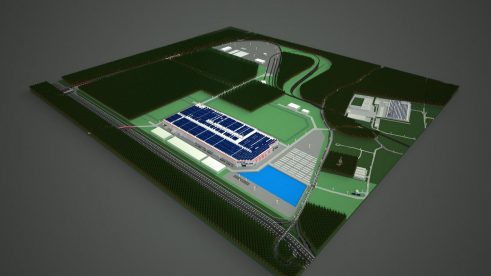 Another Tesla fan @DerCaspar reported via Twitter that there are around 19 excavators, 6 forwarders, 1 crane, several other heavy machines, and trucks in the Grunheide property. The activities are reminiscent of what happened when Tesla built Giga Shanghai, its car factory in China that was completed and operational in just 10 months.

Apologies! My brain froze due to siberian winds.

Tesla completed the clearing of 93 hectares (229 acres), roughly a third of the total 300-hectare (741 acres) site, of land on Feb. 29 and has also ramped the installation of electric cables that will supply power to the construction site and later on to the factory itself.

Tesla is doing the current construction preparations and taking its own risks while waiting for permits from the government. The complaint period for the project recently ended and a public hearing will be conducted on March 18, after which the building permits will be discussed at the Ministry of Economics.

So far, lawmakers have seen how Tesla wants to conduct business in Germany — quick but doing everything within the bounds of the law and respecting nature. The Brandenburg Social Democratic Party chairman Erik Stohn said last week that they want to bring the Tesla Effect across the country.

“We want to take the Turbo Tesla pace across the country,” said Stohn, alluding to the speed seen during the build of Giga Shanghai in China.

Tesla aims to turn the switch of Giga Berlin on by July 2021 and begin the production of the Model Y electric crossover. It plans to produce 10,000 units per week, an aggressive goal that can potentially have the Model Y redefining what “Elon Time” is all about.

Check out this new 4K drone footage by Tesla Kid Grunheide which shows the expanse of the Tesla property and the activities going on to prepare the land for construction.