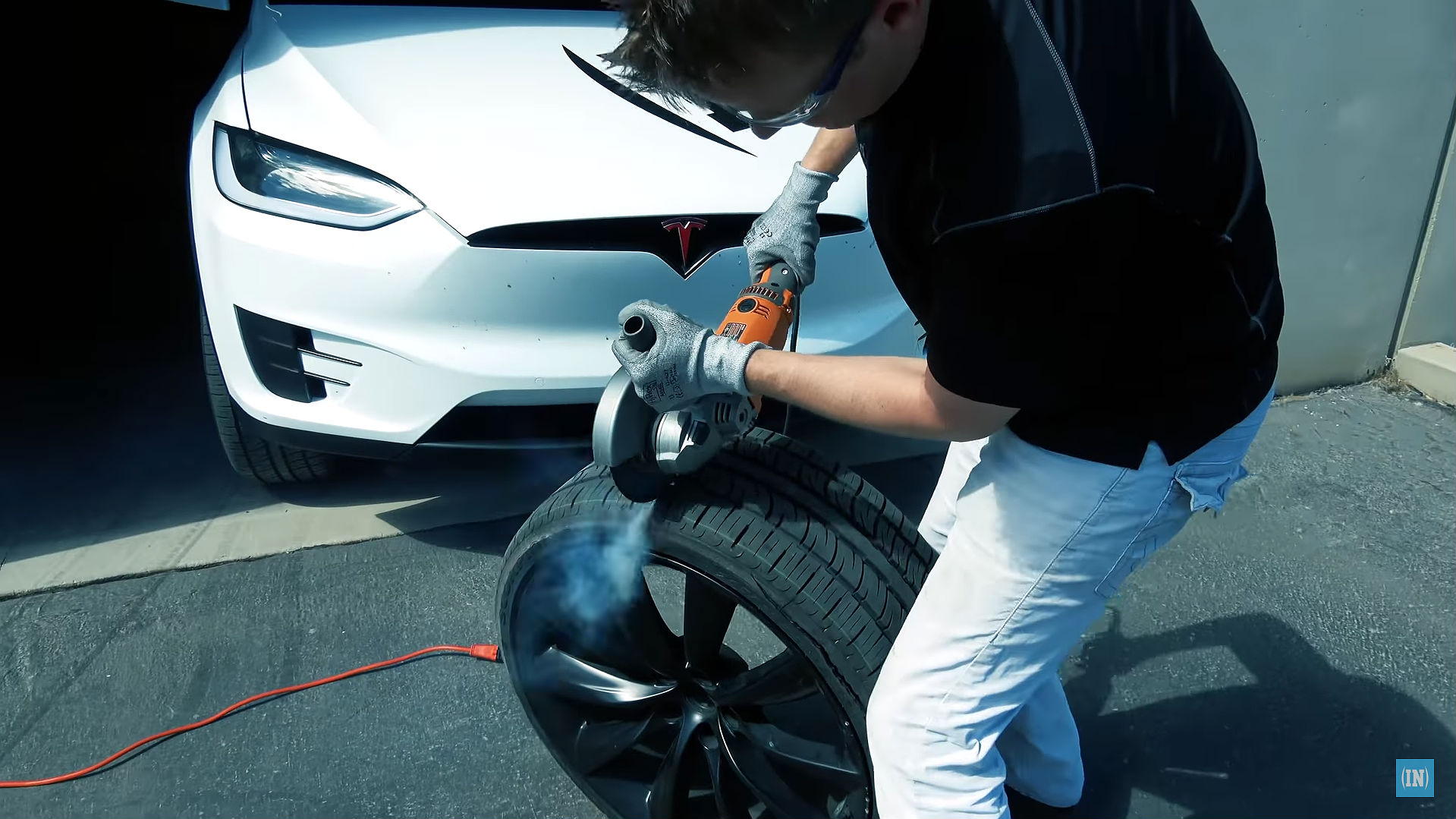 A video uploaded on YouTube showcases Tesla’s use foam-lined tires to ensure that its vehicles are as silent as they can be on the road. As it turns out, however, inexperienced tire centers can find it quite difficult to repair Tesla’s tires of choice due to their noise-reducing components.

Acoustically insulated tires were introduced as a result of vehicles generally getting quieter. With the advent of electric cars thanks to trendsetters like Tesla, something as neglected as the noise produced by non-insulated tires become points for improvement. Thus, sound insulating tires started getting more popular. Continental’s ContiSilent tires, which are used in some of Tesla’s electric cars, for one, features insulation that reduces cabin noise by up to 9 dB(A), depending on the type of vehicle and road surface.

The video, uploaded by popular YouTube channel What’s Inside, featured a collaboration with the streaming service’s tech teardown specialist, JerryRigEverything. Dan, the host of What’s Inside, noted that he recently attempted to have his Tesla Model X’s tire repaired in a Discount Tire Center after it got punctured by a nail. To his surprise, the tire center informed him that they do not fix Model X tires, since Tesla uses proprietary components that could be damaged.

Thus, the collaboration with JerryRigEverything. Zack, the host of the YouTube tech channel has made a name for himself from his teardowns of popular tech products (he also tore down a Tesla Powerbank before). The two YouTubers opted to pierce the sidewall of the Model X at first, before opening it up fully with an angle grinder. As could be seen in the video, the insides of the Model X’s Pirelli tires featured a thick strip of foam running around the tire. This strip of foam, as noted by Elon Musk in a tweet last year, could be described as an “internal acoustic foam,” which is designed to minimize road noise.

Tesla’s vehicles are fully-electric, which means that they are incredibly silent on the road. This also means that every sound in any of the car’s components, including its tires, could be heard audibly inside the cabin. This was recently mentioned by Elon Musk in a conversation with Consumer Reports about the Model 3, with the CEO stating that Tesla opted to change some of the vehicle’s interior materials after they were found to cause extra noise. Tesla’s 2012 Model S initially came equipped with Continental’s ExtremeContact DW tires, which are pretty silent on their own. As noted in anecdotes from the Tesla community, later tires, which included the sound-reducing technology, were far more silent and provided more comfort.

As noted by the What’s Inside host, however, Tesla’s noise-canceling tires could ultimately be viewed as difficulties by some tire repair centers. Nevertheless, patching up a Tesla’s tire is actually quite simple, as all that needs to be done is to peel off the acoustic foam before covering up any punctures or holes. Once the tire’s puncture is fixed, a simple layer of adhesive to the peeled off parts of the foam should set it back in place.

Watch the teardown of the Model X’s tire in the video below.