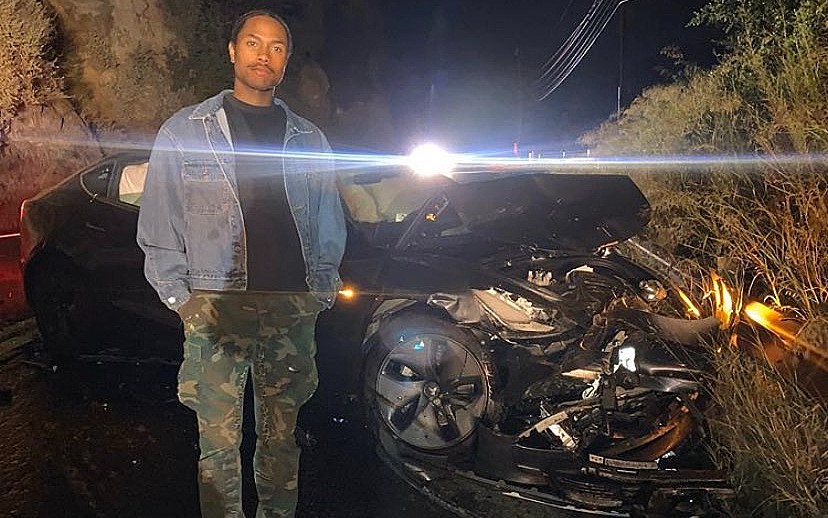 A Tesla Model 3 recently protected Grammy-nominated musician Steve Lacy during a head-on collision with a drunk driver. Based on photographs of the crash’s aftermath, it appears that Lacy was able to walk away from the incident relatively unharmed, despite the severity of the crash.

A look at Lacy’s post on his Instagram page shows that his Model 3 has been totaled due to the head-on collision, with all of the car’s airbags deploying and the entire front of the vehicle being destroyed. But despite this, it appears like the cabin of the vehicle was able to remain intact, protecting Lacy from any severe injuries.

In his post, the Grammy award winning musician urged his followers to not drink and drive. He also mentioned that he had definitely “accepted his fate” at the time of the collision, but fortunately, he is “still here.” Part of this, of course, is due to the Model 3’s 5-star safety rating.

The Tesla Model 3 is arguably one of the safest vehicles on the road today, and this is highlighted by its stellar safety ratings from multiple agencies across the globe. In the United States alone, the Model 3 has received a 5-star safety rating from the National Highway Traffic Safety Administration (NHTSA), and it was able to earn a rare Top Safety Pick+ rating from the Insurance Institute for Highway Safety (IIHS).

A lot of the Model 3’s stellar safety ratings is due to its all-electric design, which is highlighted by its floor-mounted battery and its substantial crumple zones in the front and rear. The absence of an internal combustion engine also helps keep the Model 3’s occupants safe in an accident, since there is no engine block that can breach the cabin during a head-on collision.

What is quite interesting is that Tesla’s vehicles are getting safer over time. As indicated by automotive teardown expert Sandy Munro in his analysis of the Model Y, the all-electric crossover adopts several techniques and design elements that make it very safe, including welding efficiencies and large casts in its rear.