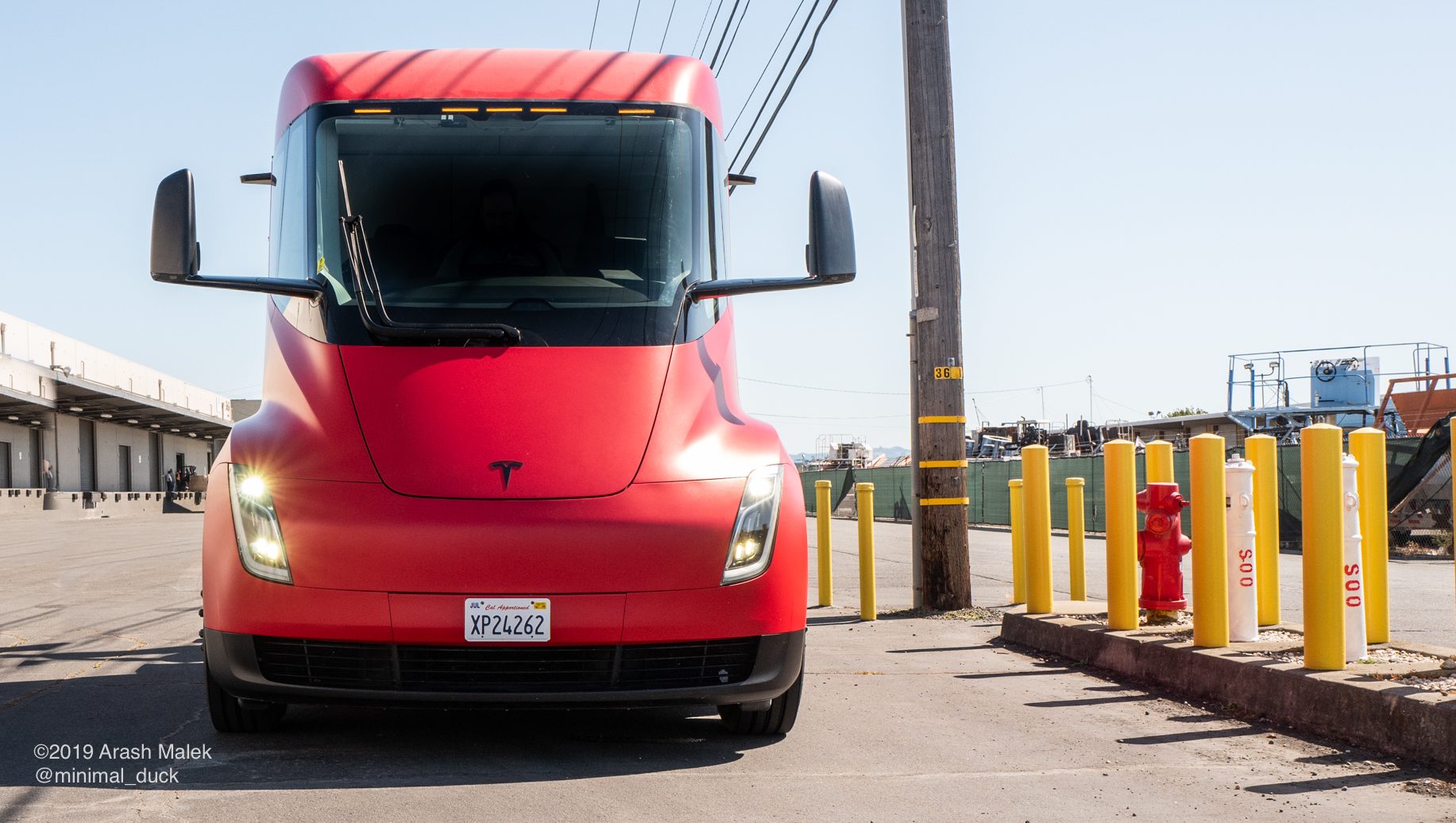 It’s an emotion-filled, intense game. When you’re down the court. In the zone. Elon Musk goes up for the slam and WHAM!

Just when you least expected it.

The script plays out time and time again. Tesla and SpaceX CEO Musk bursts into action. Like a runaway freight train. But with intent. Strategy. Musk charges in with a timely announcement to derail the momentum of his competition, just as they’re about to gain traction. Cheers for the competition become silence.

We were reminded of Musk’s mastery of the game this past week when a timely leaked email would inform the world that Tesla was preparing for volume production of its highly-anticipated Semi truck. Shares of Tesla shot up past $1,000 to raise the bar on its all-time high, while any trace of attention on a competing rival – Nikola – would be lost.

Electric-hydrogen commercial truck maker Nikola had just come off of a momentous week after going public in its Initial Public Offering.

While Musk’s announcement was surely a positive one for Tesla, there may have been some intent behind it. Just as Nikola’s stock began to climb, Musk derailed their momentum by announcing Tesla’s plan to prioritize the Semi truck production. It’s a classic page out of Musk’s successful playbook to leverage a competitor’s momentum, as media centers the conversation around a particular industry, before ripping the ball away from the competition and go in for the slam dunk. It has happened throughout his storied career. And it will continue to do so.

This is a preview from our weekly newsletter. Each week I go ‘Beyond the News’ and handcraft a special edition that includes my thoughts on the biggest stories, why it matters, and how it could impact the future. Please consider subscribing. It’s FREE!

Porsche Taycan. We drove it. We appreciated it and we were on the bandwagon that the Porsche Taycan and its “repeatable performance” was destined for the famed Nürburgring. It was one of the first stories I covered as a writer for Teslarati and I can remember it pretty vividly. The Taycan hit the Green Hell in Germany in August and reportedly set a track record for a four-door production vehicle. However, that story wouldn’t last long.

Not more than a couple of weeks later, on September 5, Musk announced the Model S would be arriving at the Nürburgring to test its performance at the notoriously difficult racetrack. But it surely didn’t stop there. Musk then stated that Tesla had been developing an entirely new version of the Model S behind the scenes and that the wide-body design was a brand new tri-motor setup of the company’s flagship sedan. It was called “the Plaid Powertrain,” and it ripped through the Ring in record time.

Just as Porsche was starting to gain some momentum as an EV competitor to Tesla, Musk ripped their title right out from under them. Within a few weeks, everyone was done talking about the Taycan and wanted to know more about the Plaid Model S. As of right now, it is still a car that has is relatively face-value details available, but we all know it is going to be fast.

Next, Rivian’s momentum was surely derailed by Musk when the company decided to unveil the Cybertruck. Rivian’s R1T was going to be “the next big thing” in the consumer pickup truck segment. Personally, I was pretty impressed with how many people knew about Rivian, because many friends who have little interest in the automotive sector as a whole knew who Rivian was. In California, this wouldn’t be as impressive. But I live in Pennsylvania, and it was pretty cool to hear people talk about Rivian in such a mainstream manner.

In November, Rivian had been holding more reservation events, developing its production facilities, filing patents, and really establishing itself as a real leader in the EV pickup market. Then came along the Cybertruck.

The Cybertruck’s design and its dystopian-like unveiling event were enough to derail Rivian’s momentum. Nobody was talking about Rivian, and even to this day nearly eight months later, the Cybertruck is still the hot topic. While Rivian remains a relevant character in the electric pickup truck community, the casual electric car fan is sharing articles about the Cybertruck, and not the R1T. 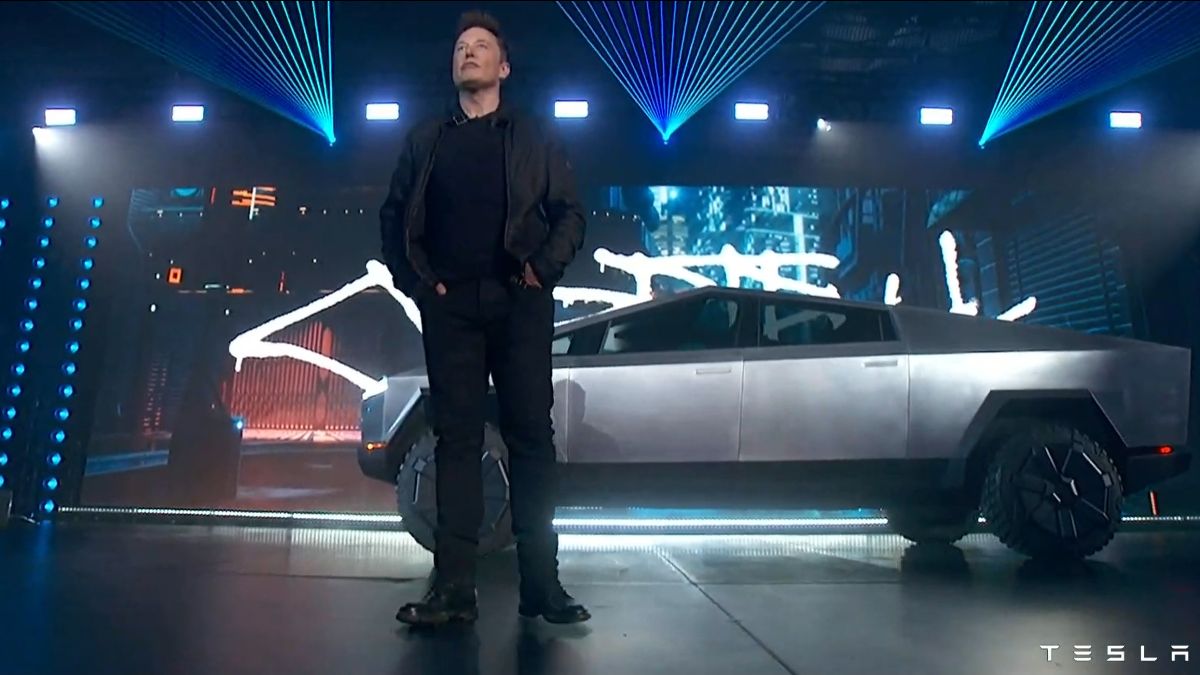 I’ll be honest, the space race rivalry between Musk and Bezos isn’t something I’ve followed as closely as the automotive stuff. But I remember when Bezos was on CNN in 2015 talking about his Blue Origin rockets being the first fully reusable rockets in the world. But SpaceX had successfully landed a reusable rocket in 2012. Not to mention, Musk’s words were often times reused by Bezos, who would pawn them off as his own idea. A video of that is available here.

Anyway, the proof is in the pudding. Musk has used other companies to time his announcements for groundbreaking products. He did it with the Plaid Model S, he did it with the Cybertruck, and he did it with the Semi. Momentum building is especially difficult in automotive manufacturing simply because most companies all share the same features and commonalities. It takes something truly special for people to get excited.

Elon has developed an interesting way to spread the word about his new products, and he’s basically used other companies to do it. Some might call it timely, some might call it rude. I call it smart.