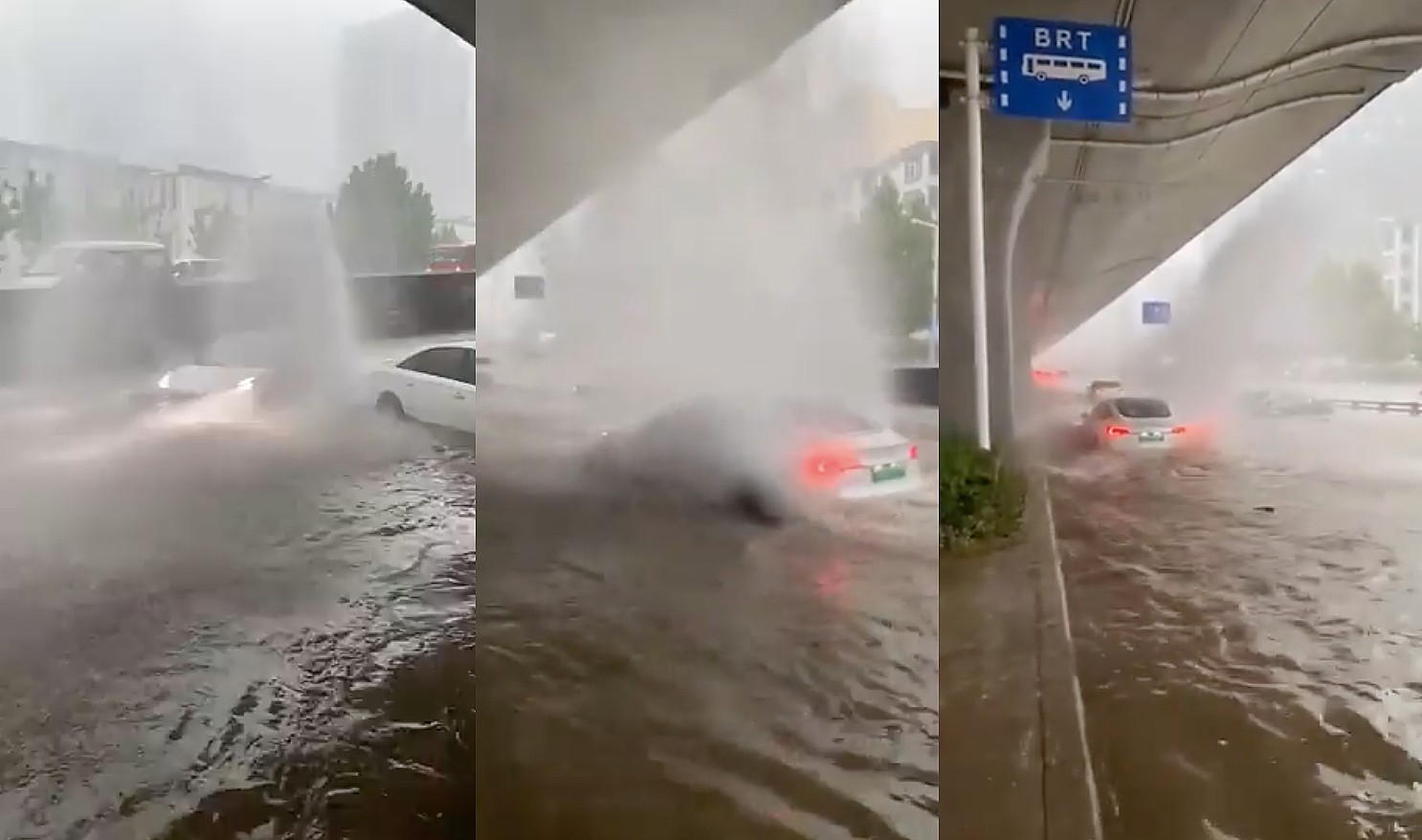 A Tesla owner in China recently provided what could very well be the most extreme video yet of a Model 3 handling floodwaters. The clip was short, as it only depicted the all-electric sedan driving over a flooded area, but it was quite shocking nonetheless, for several reasons.

Immediately noticeable in the video, which was recorded in China’s Henan province earlier today, was just how deep the floodwaters were. The waters seemed to be quite deep, or at least deep enough to cause several other vehicles to be stranded in the middle of the road. Yet despite this, the Tesla seemed to handle the flood just fine.

Also remarkable was the fact that the Tesla in the video appears to be a Model 3 Standard Range due to the vehicle’s rear wheels seemingly producing most of the car’s power. The Tesla driver seemed to be pushing the Model 3 steadily in the clip as well, but not too much as to cause the vehicle to lose control after it reached parts of the road that were not as flooded.

It remains to be seen if the Model 3 in the video was damaged from its encounter with the floodwaters, but the car seemed to be working afterwards. It did not get stranded like the other vehicles on the road, if any.

Interestingly enough, Elon Musk has mentioned in the past that Teslas could serve as boats of sorts since their drive units and battery packs are sealed. More recently, Musk has noted that the Cybertruck would be a vehicle that would definitely be at home in the water. If this recent footage from China is any indication, however, it appears that even the Model 3 could wade through a flood decently just the same.

China experiences typhoons on a regular basis, and to respond to this, Tesla has rolled out some initiatives that would allow its vehicles to weather the occasional flooded road. Among these initiatives is a testing area in Gigafactory Shanghai that simulates flooded streets. Both the Made-in-China Model 3 and MIC Model Y are tested in this facility after they are produced.