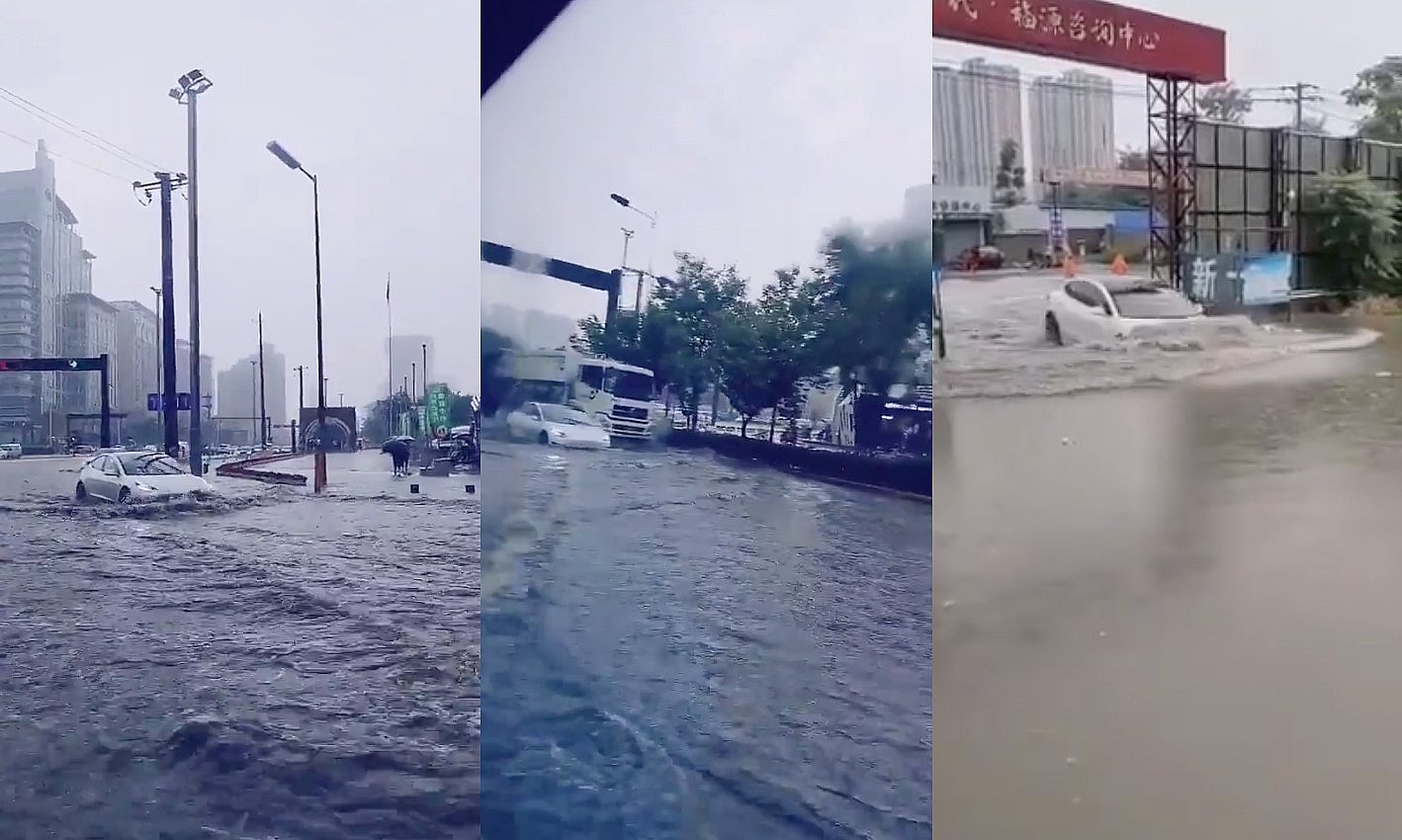 China has been inundated with heavy torrential rains since June, causing numerous cities across the county to be flooded. The rains have been so heavy that even the Three Gorges Dam, the world’s largest hydropower plant, is being put to a grueling test. With the country facing its worst flooding since 1998, some cities could end up flooded with just a few hours of rain.

Such an incident happened at the end of July, with the city of Xian getting its streets submerged after just about an hour of rain. A clip from the recent flooding was recently posted online, and it included a good view of the city’s roads being completely flooded. Quite surprisingly, it also included a Tesla Model 3 bravely taking on the deep floodwaters in stride.

The video was brief, but it does suggest that the all-electric sedan was not having issues with the flood. The vehicle simply waded through until it reached a section of the road with shallower waters. Other vehicles such as motorbikes traveling in similar areas also looked almost like jet skis due to the depth of the flood.

Other posts have emerged from China depicting similar feats from Tesla’s most affordable sedan. One such video showed a white Model 3 that was practically swimming as it was halfway submerged, and sure enough, the vehicle did not seem to have issues navigating through the water. People in the background, some of whom seemed to be surprised at the vehicle, could be heard remarking that the car was a Tesla.

While the videos from China may be a bit stressful for avid EV enthusiasts, it should be noted that Tesla made some notable preparations for the locally-produced Model 3 that may have contributed to the vehicle’s performance in submerged streets. Back in November, sightings of Model 3 around the Gigafactory Shanghai complex were abounding, and it became evident that the vehicles were first production units made in the facility itself.

One of these sightings involved a blue Made-in-China Model 3 seemingly undergoing flood testing. The short video showed a Model 3 driving across a deliberately flooded section of the Gigafactory Shanghai complex. Tesla China did not provide further information about the video, but speculations from the local EV community suggested that the electric car maker was ensuring that its locally-made Model 3 would be resistant to floods.

Based on the recently shared videos from China, it appears that the Model 3 is indeed quite resilient when faced with floodwaters. This bodes well for Tesla’s ramp in China, as floods are quite common in the country and in nearby Southeast Asian regions, thanks to the multiple typhoons that hit the area every year. Amidst China’s push for electric cars, a flood-resistant, reasonably-priced vehicle from Tesla could very well attract a significant consumer base.

The current rainy season and flooding in China have so far affected 55 million people in 27 of the country’s 31 provinces. As of July 28, at least 158 people have been listed as dead or missing by the country’s Ministry of Emergency Management. Direct economic losses have been estimated at about 144 billion yuan (about $20.6 billion), which is 14% higher than the country’s five-year average, as per the Nikkei Asian Review. That being said, Pictet Wealth Management in Hong Kong still expects China’s growth forecast for 2020 to be around 1.8%, thanks to a potentially “strong rebound” in industrial activities.