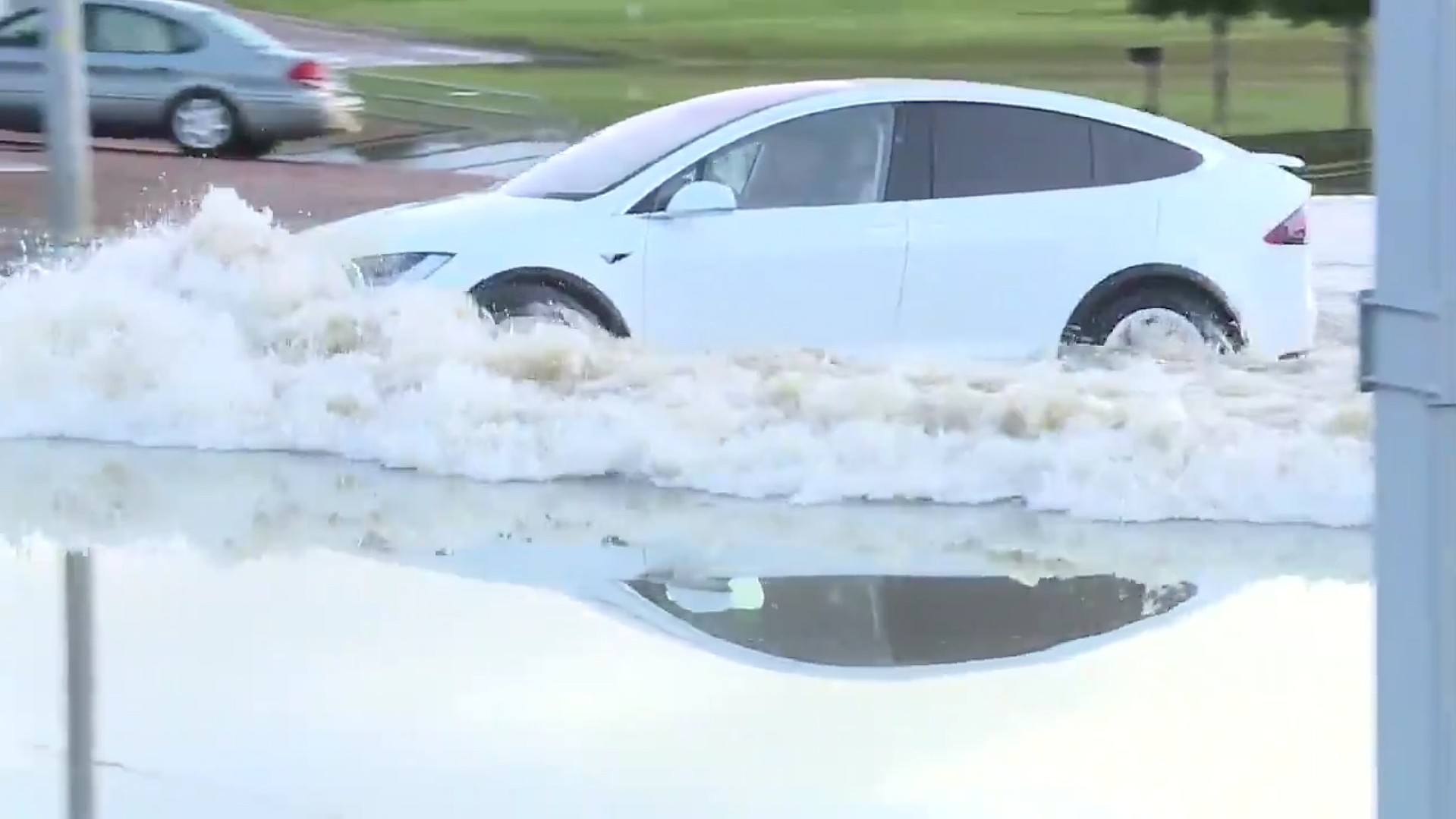 A Tesla Model X recently surprised a reporter after the all-electric SUV waded through a deeply flooded street without any difficulty. While undoubtedly risky, the Model X’s feat showed that premium electric vehicles like Teslas could match, or perhaps even exceed, the wading capability of their gas-powered counterparts.

The remarkable video of the Model X was recently shared on Twitter by KSFY-TV anchor Kamie Roesler. The footage depicted KSFY-TV morning Reporter Coleton Molesky filming a segment in a deeply flooded street just as a white Tesla Model X started passing through the area. Molesky advised viewers not to imitate what the Tesla driver was doing due to its risks, though he soon had to scurry away from the camera due to the moving floodwaters.

It should be noted that the Tesla Model X driver’s actions are very risky. The vehicle’s batteries and electric motors are sealed to be watertight, but wading through such depths, especially for extended periods of time, could compromise any vehicle’s seals, electric or otherwise. That being said, the fact that the Model X had no components such as an exhaust pipe or engine played to the all-electric SUV’s favor when it drove over the flooded area.

While Tesla’s electric cars are primarily designed for city driving, they have exhibited resilience when faced with water-filled roads in the past. In 2016, for example, a Tesla Model S made headlines after it was filmed floating like a boat while it was passing through a tunnel in Almaty, Kazakhstan. Tesla CEO Elon Musk commented on the incident, stating that while such actions are not recommended by the company, the Model S could float well enough to serve as a boat of sorts for short periods of time. In a later tweet, Musk stated that this is due to the Model S’ battery and drive units being sealed.

A more recent example of this happened last May, when Texas-based EV enthusiast Richard Richter shared a video of a Model S passing through a flooded residential area, shocking nearby residents in the process. Similar to the Model X in KSFY-TV‘s video, the vehicle did not appear to have any issues passing through floodwaters.

Tesla CEO Elon Musk has a soft spot for vehicles could double as water transportation. In 2013, Musk actually acquired James Bond’s Lotus Esprit from the film The Spy Who Loved Me, which is famous in cinema for transforming into a submarine, at an auction in London for almost a million dollars. Musk later joked that he was disappointed in his purchase, since the Lotus didn’t work actually work underwater as it did in the movie. As an added joke, Musk stated that he will upgrade the vehicle with a Tesla powertrain to see if he can make it “transform for real.”