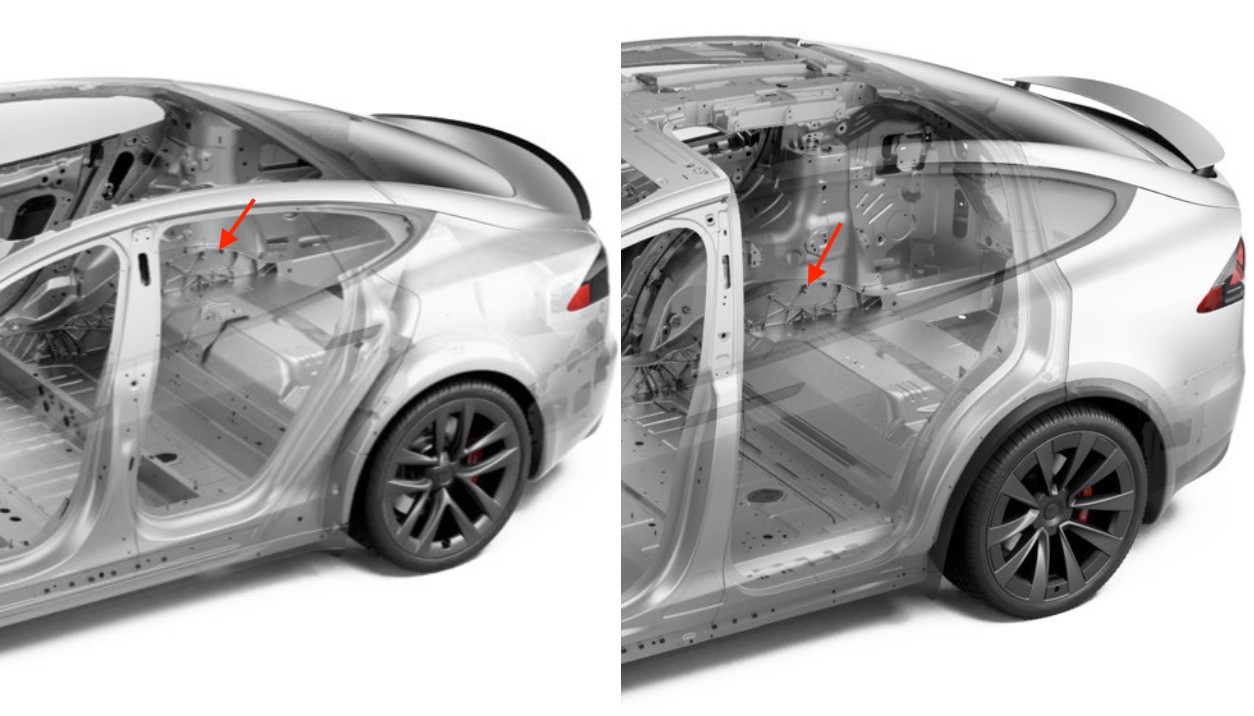 Recent updates to Tesla’s official Model S and Model X pages hint that the electric car maker may be poised to roll out some notable changes to the underbody of its flagship vehicles. Based on images that Tesla has shared online, it appears that the Model S and Model X refresh may very well be receiving the company’s now-iconic “megacast” on their rear underbody.

Observations about the update were shared by the electric vehicle community on Twitter, with Tesla investor-enthusiast Eric Anderson noting that the Model S refresh’s webpage now features what seems like a megacast on the flagship sedan’s rear frame. As could be seen in the image below, the body of the Model S refresh on Tesla’s website today differs significantly compared to the Raven Model S depicted on the site prior to the Q4 FY 2020 Earnings Call.

Interestingly enough, hints of the megacast’s use in Tesla’s flagship vehicles do not seem to end with the Model S refresh. A look at the Model X refresh’s updated webpage also shows the flagship SUV’s rear underbody featuring a megacast-like component. With this in mind, it appears that Tesla has done some serious work on the bodies of its flagship vehicles, making them more cost-effective to produce and possibly even making their quality better.

Much of the information available for the Model S and Model X refresh are focused on the vehicles’ new interior and features, which are undoubtedly industry-leading in their own right. That being said, Tesla’s Q4 FY 2020 Update Letter did not just include references to updated battery modules, packs, and drive units for the two vehicles; the EV maker also hinted at “other improvements” that were done to the Model S and Model X. Perhaps some of these improvements include the use of larger casted parts.

Model S and X are now once again Tesla's tech leaders. All The latest bleeding-edge versions of all of their technology.

Granted, Tesla only has two IDRA Giga Press machines in the Fremont Factory that are capable of producing single-piece megacasts, and those are expected to be used for the Model Y. That being said, even a two-piece megacast setup, such as those used by the EV maker in the Model Y’s early builds, could be a game-changer for the Model S and Model X refresh.

Automotive expert Sandy Munro has noted that the use of megacasts such as those in the Model Y can usher in numerous improvements for Tesla, from production cost to build efficiencies. Munro also noted that megacasts could help Tesla improve its build quality, since lesser parts provide fewer areas where errors in the assembly process could occur. With this in mind, the apparent use of megacasts for the Model S and Model X refresh could herald a breed of flagship Teslas whose build quality matches their tech.