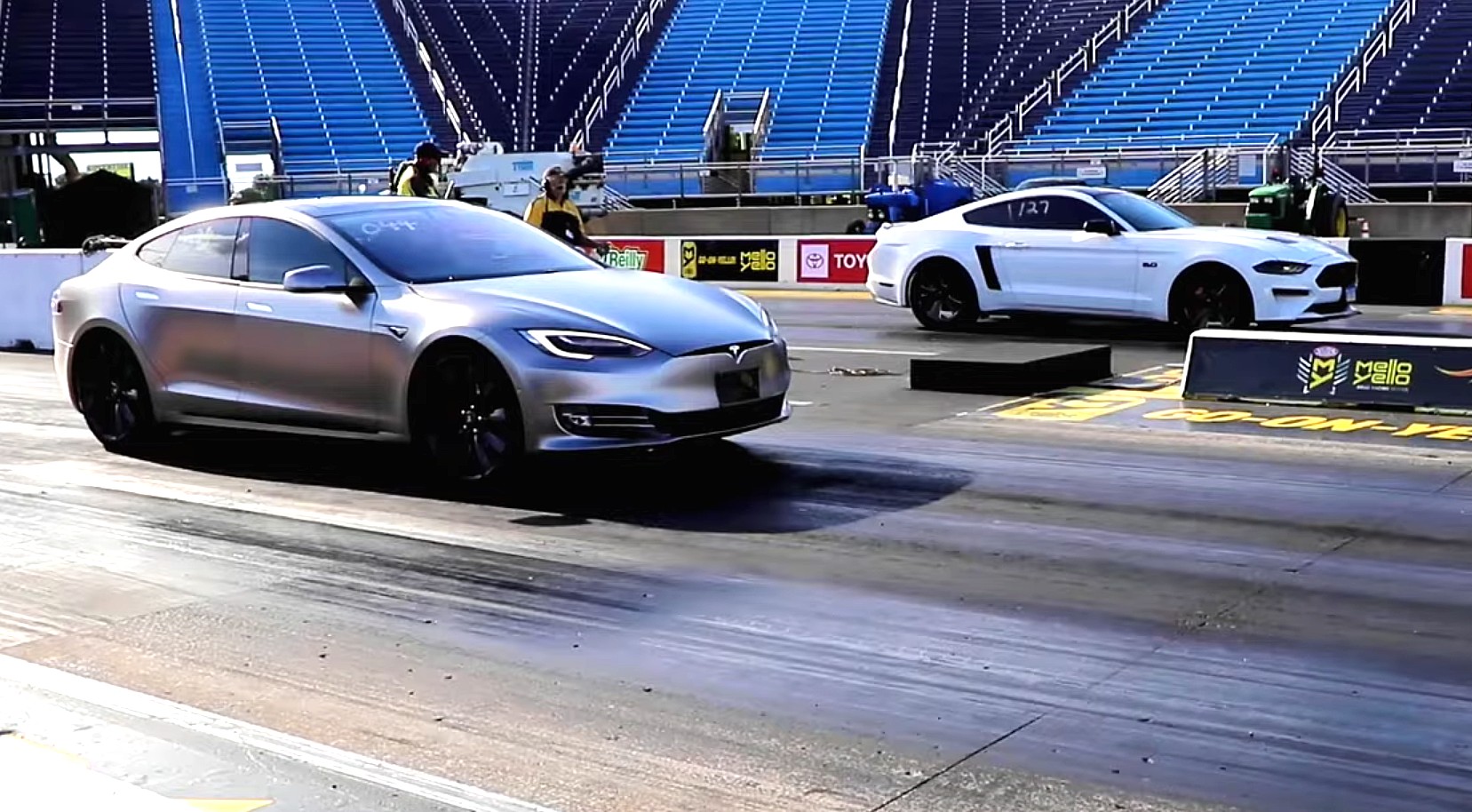 Even before Tesla rolled out the “Raven” update for its flagship sedan and SUV, the Model S P100D already had a reputation for being a monster on the drag strip. One such vehicle provided a reminder of this during a drag racing session, as the car humbled two notable competitors while running the high-10s.

The vehicle in question was a 2017 Tesla Model S P100D that’s strikingly wrapped in matte silver. Initially, the electric car was challenged by a Ford Mustang 5.0, which ended up jumping far too early in what appeared to be an attempt at getting a headstart on the Model S. This proved to be futile as the pre-Raven P100D quickly caught up and overtook its gas-guzzling rival.

Despite being beaten off the line by the seemingly over-enthusiastic Mustang driver, the Model S came away with the win, hitting the quarter-mile mark in 11.11 seconds at 119.65 mph. The Mustang did well for its part, finishing the race in 12.89 seconds at 112.42 mph.

As noted by YouTube’s victoryredcolorado channel, the Tesla Model S P100D owner was “done being the nice guy” after its race with the Mustang 5.0. Ludicrous Mode enabled, the pre-Raven Model S P100D faced another challenger in the form of a B8 Supercharged Audi S4, which was equipped with a V6 engine rated at 333 hp. The S4 had a curb weight of around 3900 lbs, far lighter than the Tesla’s 4,941 pounds.

The Audi S4 finished the quarter-mile in 12.77 seconds at 112.92 mph, which was very respectable but not enough to beat the pre-Raven Model S P100D. In comparison, the flagship Tesla sedan completed the race in 10.91 seconds at 117.9  mph. That’s still notably impressive, and well into the territory of exotic vehicles like the Pagani Huayra (10.9 secs) and the Ferrari F12 Berlinetta (10.8 secs).

The Tesla Model S has only gone better with age. With its recent Raven updates, which introduced a 370-mile range, better charging, an updated drive unit, and new suspension (among others), a Model S Performance was able to clock in a 10.6-second quarter-mile at 127.55 mph straight out of the factory. The Raven Model S was not even equipped with performance-optimized 21” Sonic Carbon Twin Turbine Wheels, utilizing the company’s stock 19” Silver Wheels instead.