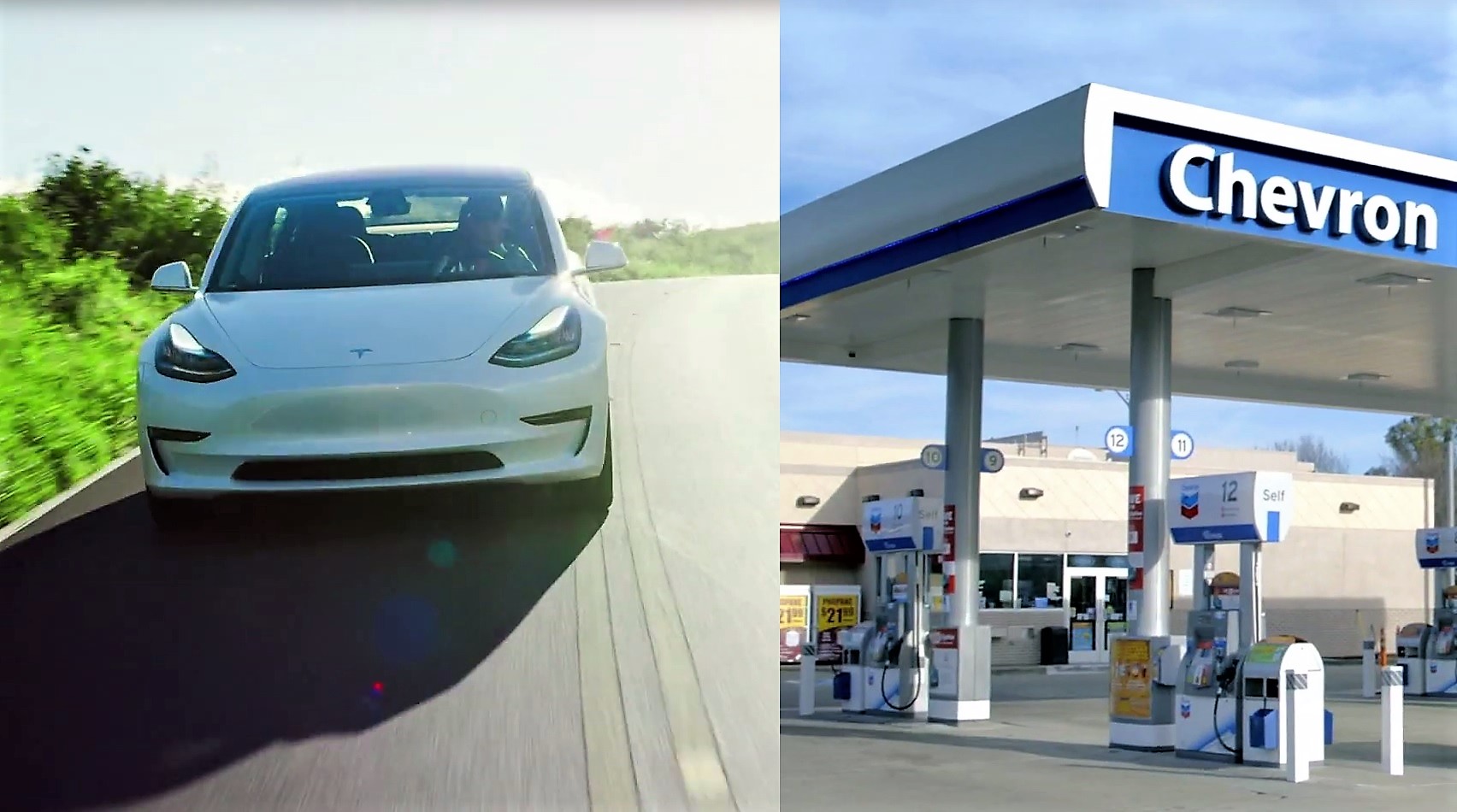 Chevron’s investment into clean energy technologies seems to have a clear inspiration: The success of Tesla. In a marketing video touting the energy giant’s partnerships with Natron Energy and ChargePoint, a white Tesla Model 3 was featured while the future omnipresence of electric vehicles was being discussed.

“We’ve solved some of the most complex energy challenges of the past, and together we will innovate for the future. Learn more about Chevron Technology Ventures’ investments in Natron Energy and @ChargePointnet,” the company’s official account tweeted.

Chevron’s Technology Ventures (CTV) closed a strategic investment into Natron’s battery technology in January this year to support its development of energy storage systems at electric vehicle (EV) charging stations. “Ten years from now, the number of electric vehicles on the road will be so high that charging stations will be everywhere,” Colin Wessells, CEO of Natron, explained in Chevron’s marketing video.

We've solved some of the most complex energy challenges of the past, and together we will innovate for the future. Learn more about Chevron Technology Ventures' investments in Natron Energy and @ChargePointnet. pic.twitter.com/bagJ3etfjd

Natron is using a new cell technology based on Prussian Blue analogue electrodes and a sodium-ion electrolyte which is said to allow tens of thousands of deep discharge cycles and can be fully charged or discharged in just minutes. Due to the abundance of both Prussian Blue dye and sodium, the company hopes to capitalize on the environmental sustainability and lower cost of their technology to support their clean energy mission.

“Partners such as Chevron that truly have a global scale have to be involved. Without them, that new venture will never have the resources to deploy that product at a scale that results in meaningful impact,” Wessells said.

Chevron’s partnership with ChargePoint also began as an investment round last year, but in May, the two companies collaborated as part of the California Energy Commission (CEC) grant program to add DC fast chargers to the Coalinga Chevron station. It’s currently the only universal fast charging site within a 100 mile radius, and it serves to fulfill the CEC mission of democratizing fast charging solutions for EV drivers along key highway locations in the state. The Coalinga Chevron station will provide drivers with access to three ChargePoint DC fast charge stations and two Level 2 AC charging spots.

In Tesla’s Model Y unveiling, CEO Elon Musk touted the changing narrative of traditional automakers towards electric cars. After he and Tesla were called “frauds” during the original Roadster’s early days, most car manufacturers have now acknowledged that electric cars are the inevitable future. Chevron’s (and others’) turn towards renewables and EV-driven technology investments are another nod towards that same future. Whether or not Tesla intended for its products to be used in “goodwill” advertising for companies primarily in the fossil fuel industry is another question altogether, but the acknowledgement of Tesla’s role in their business decisions is a powerful one.

Chevron originally published the video on its YouTube channel at the end of May, but it looks to have received little attention until being featured on Twitter. The video as posted on YouTube is below: