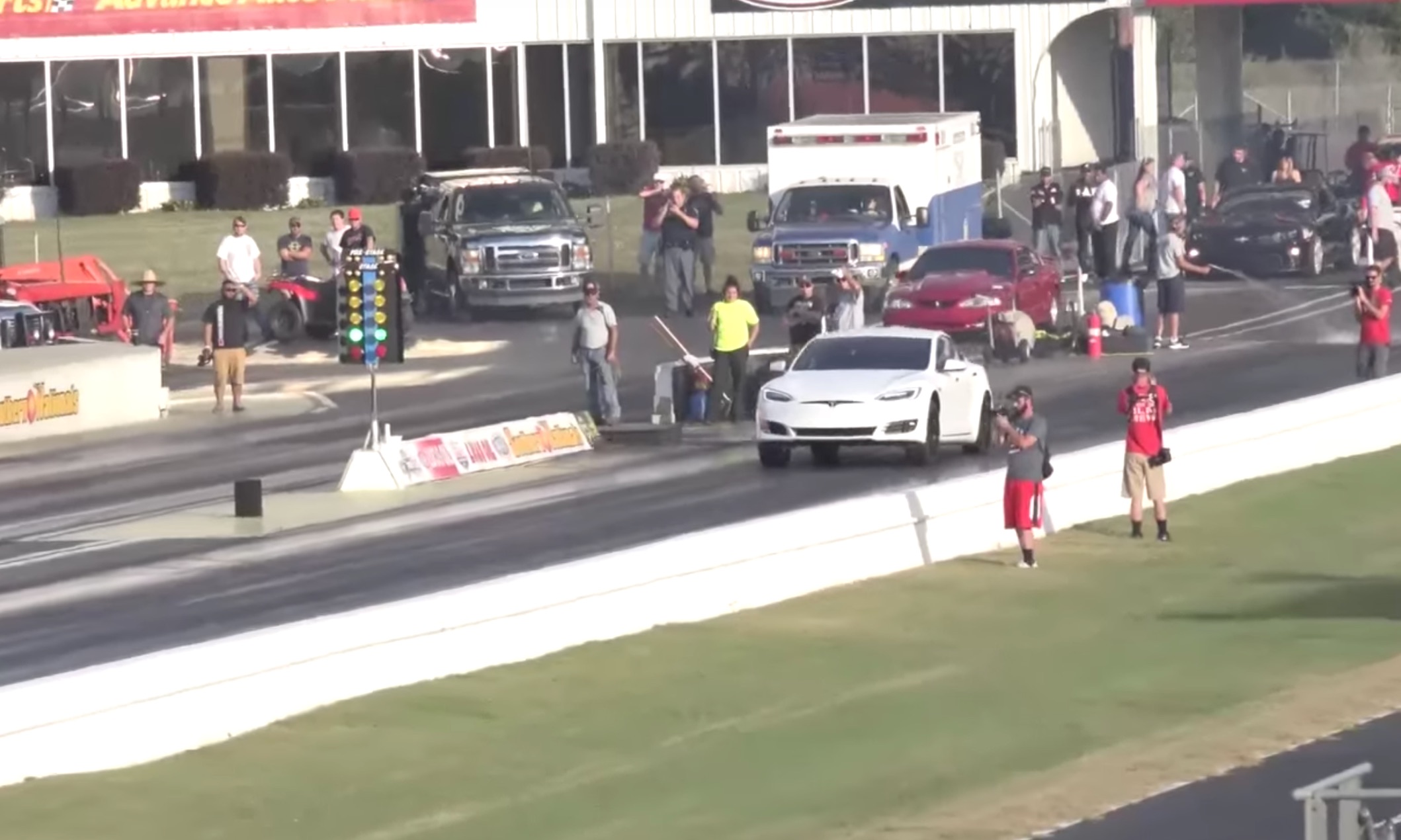 Tesla drag racing fanatic behind the Tesla Racing Channel on YouTube has set a new 1/4 mile record in their stripped-down Model S P100D. The always-Ludicrous crew known to troll the streets for a good ol’ fashioned head-to-head battle of acceleration has spent the past month dropping weight on their Model S. The end result was a weight reduction of nearly 500 lbs (220 kg) from its factory 4,941 lbs weight and a record-setting 1/4 mile blast at 10.41 seconds at 125.12 mph. This beats their previously held record at 10.44 seconds.

Tesla Racing Channels’ Model S tips the scales at 4,460 lbs (2,023 kg) after removing the majority of the vehicle’s interior. “We got all of the speakers out; got all of the door panels out; got the passenger seat out; took out the front sway bar” notes the P100D owner in his video. The crew even went as far as swapping out the factory 12V battery for a lighter 4 pound battery to further trim weight where possible.

In addition to the weight reduction, the crew replaced the smaller diameter aftermarket wheels that were used when setting the previous record with a larger diameter wheel. “Electric cars like the taller diameter in wheel and tire set up” says the P100D owner. However, this might be the case only if one’s expecting top end. Tesla has previously noted in its Model X Design Studio that larger wheels will trade 10-15% in range for better handling.

Take out the floor mats and its 2.27. MT said everything had to be standard production.

Tesla CEO Elon Musk had acknowledged that simple weight reduction techniques is a contributing factor to better acceleration. As to whether there’s even more acceleration and top end to be extracted from Tesla Racing Channels’ Ludicrous+ Model S P100D remains to be seen.

For now, watch this gutted Tesla lay down an incredible 1320′ run.