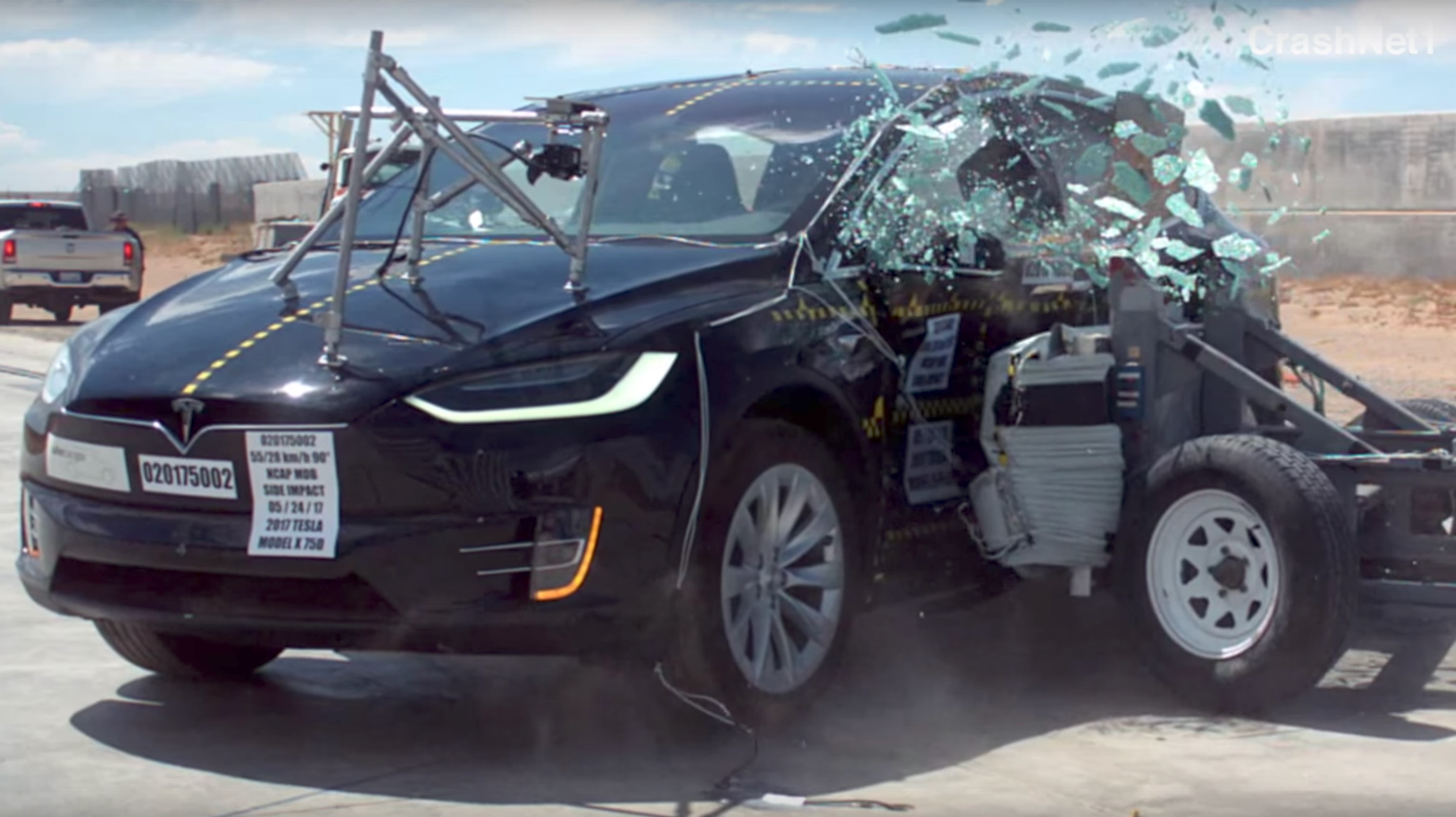 Just a few short hours after we posted the cringeworthy crash test videos of the Tesla Model X, Tesla confirmed through a company blog post that the Model X has officially been awarded a 5-star safety rating by the National Highway Transportation Safety Administration (NHTSA) in every safety category.

The NHTSA updated its website to show the official 2017 Tesla Model X safety rating which reveals a perfect overall safety score, making it the safest SUV possible as ranked by the administration. Tesla notes that the Model X achieved the best safety results achieved by any SUV ever tested, and in fact achieved the second best safety results of any vehicle ever tested, right behind the Tesla Model S. One might recall that the Model S was so revolutionary when tested that it broke the testing machine.

The impressive safety results achieved by the Model X demonstrate another fundamental advantage of electric vehicles over vehicles with front-engine designs. The large crumple zones found in the engine-less Model X provide superb crash protection by absorbing the force of an impact. In the event of a crash, occupants have a 93% probability of walking away from it without facing serious injury. Model X’s 5-star safety rating is a game changer for SUVs which are historically prone to rolling over due to their higher center of gravity.

Much like the Model S, the Model X achieved the best ever rollover results in its class due to the skateboard battery design which puts the 1,200 pound battery as low as possible in the vehicle. The battery serves to hold the vehicle to the ground, mitigating any potential for rollover that might exist in an accident.

We’ve provided the full announcement by Tesla below.

We engineered Model X to be the safest SUV ever, and today, the National Highway Traffic Safety Administration (NHTSA) announced that after conducting independent testing, it has awarded Model X a 5-star safety rating in every category and sub-category, making it the first SUV ever to earn the 5-star rating across the board. More than just resulting in a 5-star rating, the data from NHTSA’s testing shows that Model X has the lowest probability of injury of any SUV it has ever tested. In fact, of all the cars NHTSA has ever tested, Model X’s overall probability of injury was second only to Model S.

Model X performs so much better in a crash than gas-powered SUVs because of its all-electric architecture and powertrain design. The rigid, fortified battery pack that powers Model X is mounted beneath the floor of the vehicle creating a center of gravity so low that Model X has the lowest rollover probability of any SUV on the road. No other SUV has ever come close to meeting and exceeding this rollover requirement.

NHTSA’s tests assess both the structure of the vehicle, which must minimize intrusion into the cabin and absorb as much energy as possible, and also the seatbelt and airbag restraint system, which must maximize injury mitigation in the event of a crash. Among the nine subcategories rated by NHTSA, including frontal impact, side impact, and pole impact tests conducted on both the driver and passenger side as well as the rollover test, Model X achieved 5-stars in every category and sub-category. That means that in the event of a serious crash, Model X occupants have an overall 93% probability of walking away without a serious injury – a testament to our commitment to building the safest cars on today’s roads.