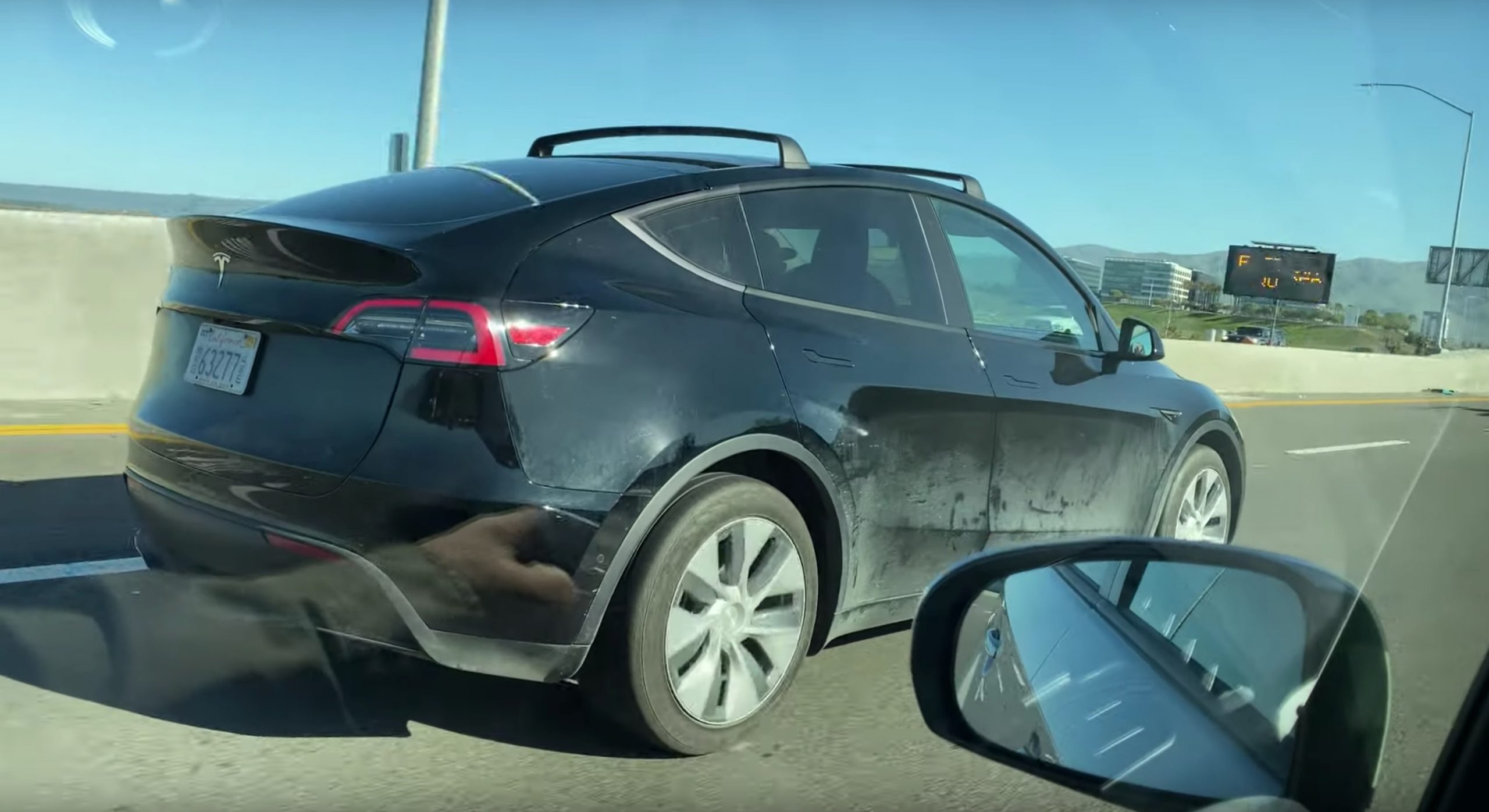 A Tesla Model Y with roof racks has been spotted, giving us a first look at how the roof-mounted rails will appear on the all-electric crossover.

The sighting of the Model Y with a low profile roof rack mounted atop the vehicle’s all-glass roof took place on CA State Route 237 in Sunnyvale, a stone’s throw away from Tesla’s Palo Alto headquarters in the San Francisco Bay Area.

In the video shared by RTK, the Model Y roof rack with crossbars looks very reminiscent of the Model 3 roof rack that Tesla currently offers in its online shop. Considering that the Model Y is largely based on the Model 3 platform and share roughly 75% of its components, one can presume that the roof racks will also be very similar in design and fitment, if not the same.

Tesla’s roof rack is generally constructed of powder-coated aluminum and features a T-slot that runs along the crossbar. With max load rating typically around 150 lbs, the rack can be used to secure a variety of roof-mounted items, including skis, bikes, and cargo boxes when used with proper attachments.

Although Tesla Model Y does not come with a standard roof rack, according to what’s seen on the vehicle’s online configurator, we can expect that it will eventually be sold separately on the company’s online shop like Model 3.