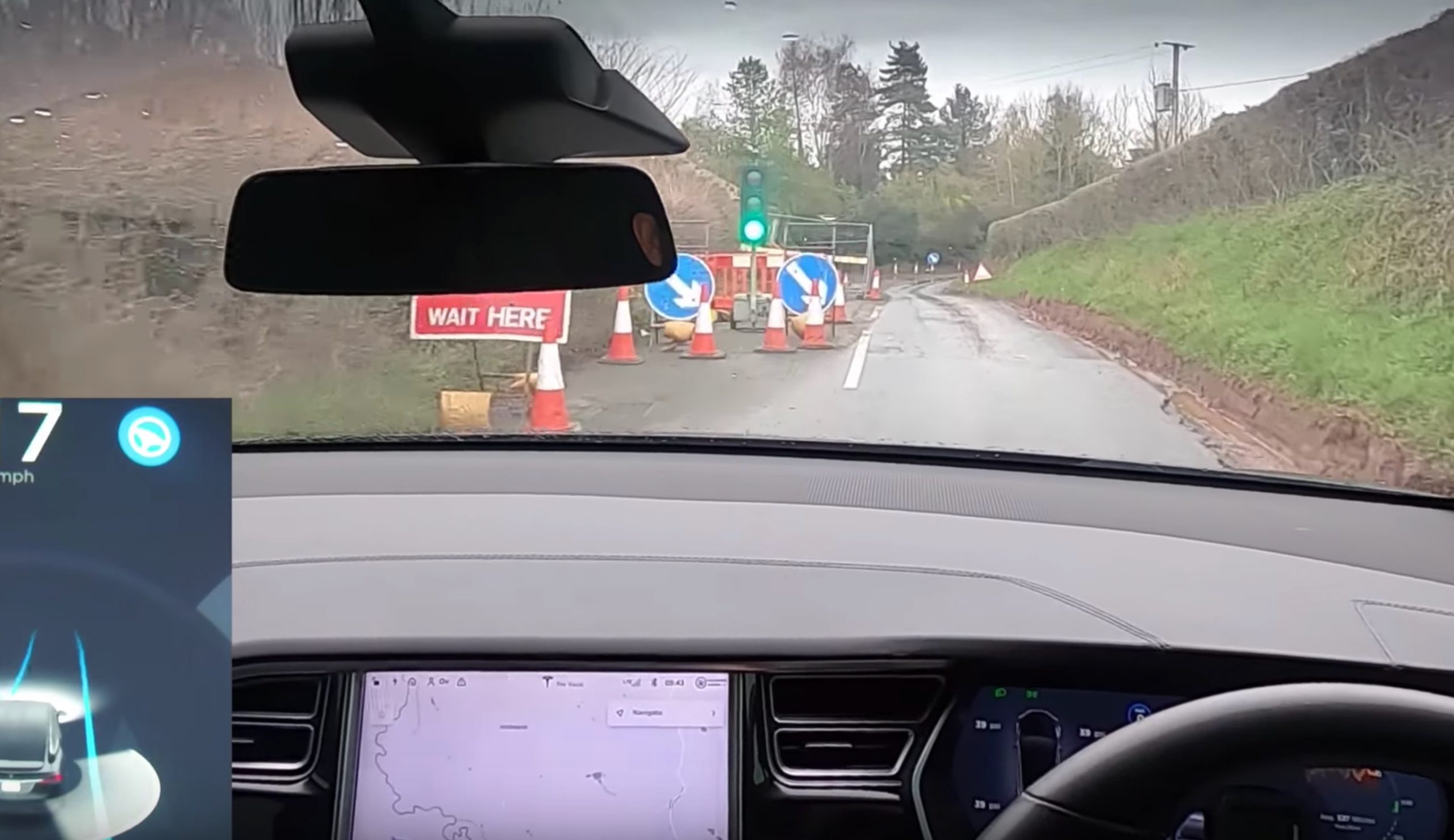 YouTuber Tesla Driver went out for a drive to check out the aftermath of severe flooding around Hereford, a town about three hours away from London, that was recently ravaged by Storm Dennis.

The interesting portion of the video footage shows the Tesla Model X on an earlier-generation of Autopilot hardware from 2017 was able to interpret a muddy portion of the road that was lined with cones and safely navigate through potential hazard areas. The driver set the speed to 10 mph and was amazed when the vehicle followed the cones despite the cones not showing up on the screen. The next challenge was if the Model X will move to the correct lane while negotiating a tight corner despite the unfavorable road conditions, and the Tesla Autopilot did not disappoint.

“Wow! It actually did that,” Tesla Driver can be heard saying after the vehicle did what he wanted it to do.

Despite being on an earlier version of Autopilot hardware dubbed Hardware 2.0, the three-year-old Model X was able to identify the cones along the road, despite not having the same visualizations as displayed in AP Hardware 3.0 vehicles, and seamlessly traverse a make-shift lane while using Navigate on Autopilot.

What’s even more impressive with the Model X owner’s experience is its ability to seemingly leverage Tesla’s increasingly smarter neural network to navigate complex road conditions despite being on three-year-old Autopilot hardware. Tesla Autopilot has logged over 2 billion miles since November 2019 and for the electric carmaker, this means tons of invaluable data that have been fed into its neural network that actively learns how to make its fleet of electric vehicles capable of handling real-world driving scenarios.

Check out the video below showing a Tesla Model X with Enhanced Autopilot 2.0 hardware take on the muddy backroads ravaged by Storm Dennis.