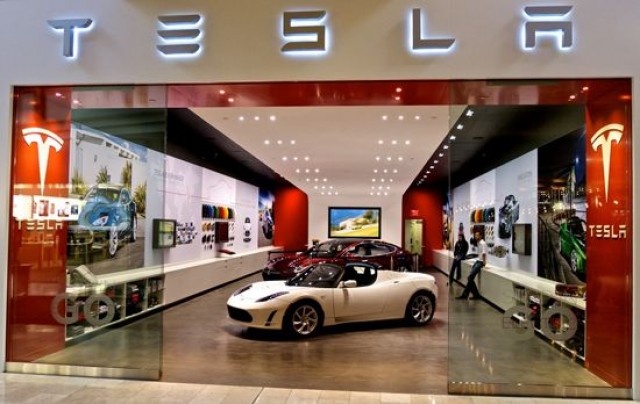 Tesla Motors advertising tactics might be under some heat in California for the way in which the “true cost of ownership” and available financing programs have been promoted.

The California New Car Dealers Association (CNCDA) has filed a 20 page document with the state Department of Motor Vehicles claiming that consumers are being misled by advertised monthly payments that are much lower than what most people would experience.

The CNCDA claims that Tesla Motors has used deceptive “savings packing” tactics by deducting potential gas savings, federal tax credits and time savings from the monthly cost of financing/leasing the car thereby making it much cheaper than it really is. Strict State and federal credit advertising laws were created to allow consumers to have a complete understanding of their obligations when considering a purchase on credit – something they claim Tesla Motors has clearly violated.

The CNCDA goes on to say, “Further evidence of ―savings packing‖ by Tesla is found in the ―true cost of ownership (TCO) financing model it has invented. In addition to misleading payment quotes riddling the entire Tesla website, Tesla also devotes an entire webpage to this deceptive advertising scheme—baiting consumers who scroll to the ―BUY‖ heading, and click the ―Financing‖ tab into a fantasy world of savings that can allegedly reduce the cost to own a Tesla Model S with a base price of $71,070 to $114 per month – a payment significantly less than the current $139 per month advertised lease special for the Nissan Versa—America’s least-expensive new car.”

California accounts for nearly half of all Model S sales with roughly 12,000 vehicles sold through August. Tesla Motors, with a market cap of over $20 billion, has had a monumental run this year and with no end in sight. But any action taken by the California DMV may put a severe damper on sales efforts and derail future projects that are in the pipeline.