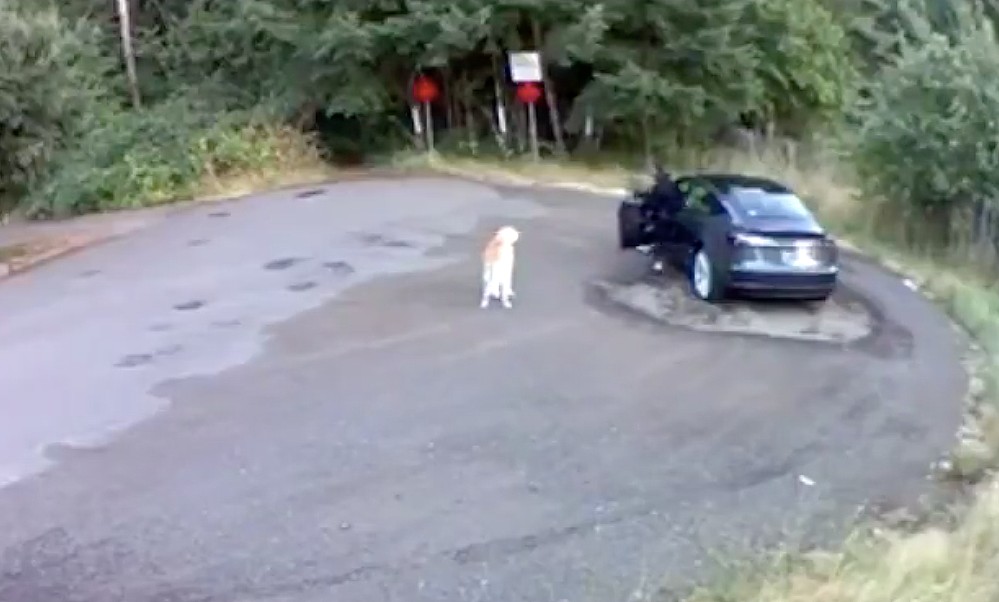 There are lines that must never be crossed. For the Tesla community, one such line was crossed recently, after a video was shared on Twitter showing a fellow Tesla owner abandoning a yellow labrador at Orchards Park in Vancouver, WA. The clip was quite shocking, as it showed the dog’s owner seemingly tricking the pooch before coldly leaving it behind.

The incident spread across the Tesla community over the weekend, and it did not take long before numerous netizens were calling for the dog’s owner to be reprimanded. KATU News reporter Kellee Azar took to Twitter to voice her frustration at the incident as well, stating that “no dog, animal or person should be treated this way.”

Fortunately, the incident was recorded by a neighboring resident’s surveillance camera. Amidst the video’s spread on social media, an investigation was promptly started and handled by the Clark County Animal Protection and Control, and it was not long before the abandoned pooch was found. In a later social media post, animal shelter “I Paw’d it Forward” noted that the yellow lab was safe.

That being said, “I Paw’d it Forward” has explained in an update on its official Facebook page that the yellow labrador involved in the incident, 13-year-old Henry the Dog, won’t be up for adoption until the investigation was completed. The announcement was done after numerous people volunteered to take him in. In this light, at least, Henry seems to be heading to a loving home in the near future.

As of the Tesla owner who abandoned Henry, she has been identified and cited for animal cruelty. The update was related by Clark County Animal Protection and Control on Saturday. In a statement to KOIN 6 News, a program manager from the organization stated that animal control officers were able to identify the woman in the video, and that she was interviewed the same afternoon. While authorities did not reveal the name of Henry’s owner, they opted not to disclose her name to the public.

Part of the Tesla community’s outrage on the incident is partly due to the fact that Teslas themselves are actually one of the most pet-friendly vehicles available today. This is evident in the company’s efforts to make its electric cars as safe for pets as possible. A good example of this is represented by Dog Mode, which allows owners to maintain their vehicles’ cabin temperature even when they are not around.