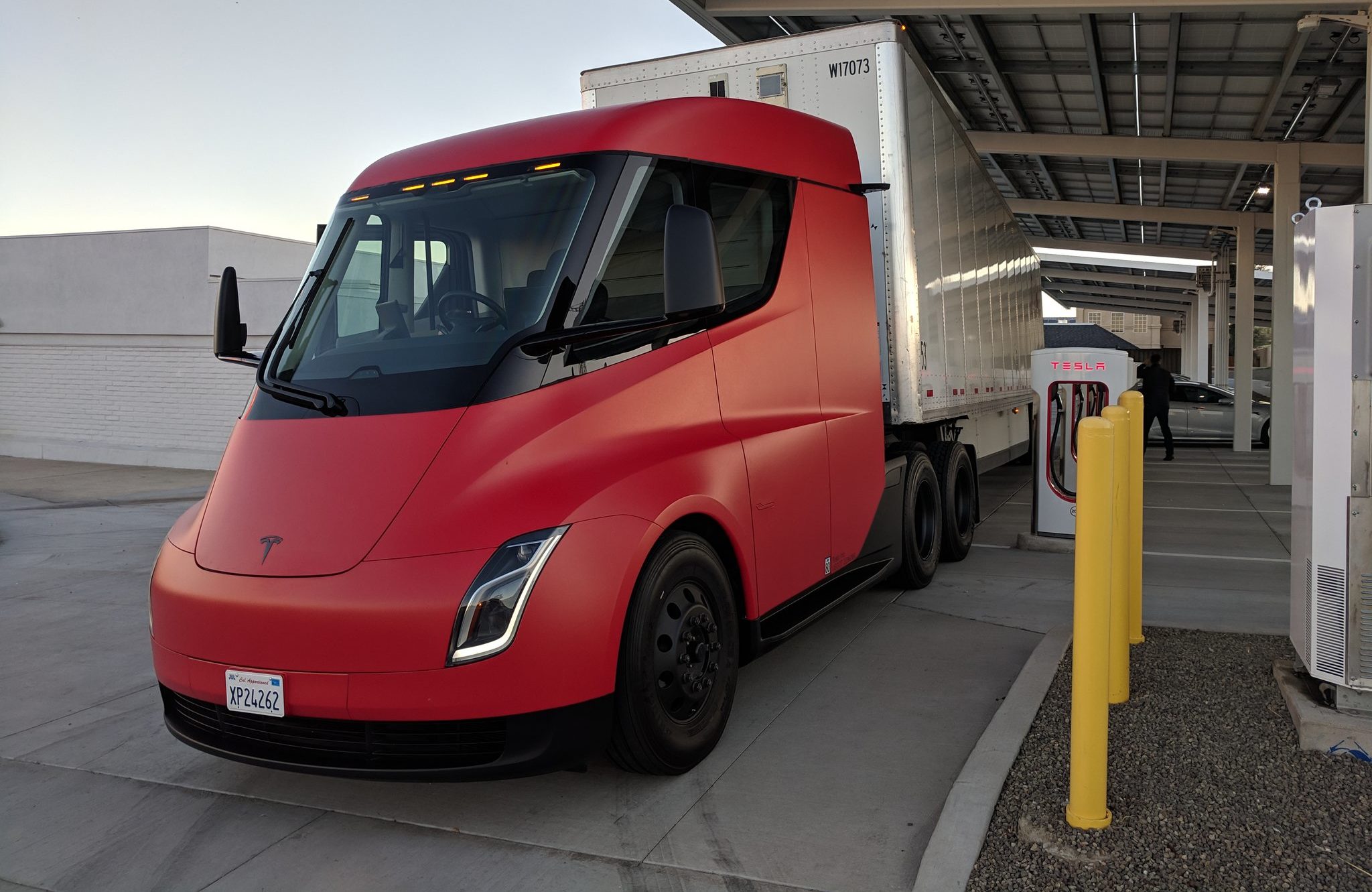 Trucks that look similar to the Tesla Semi will soon be the norm in Europe, with members of the European Parliament voting for a law that will require manufacturers to produce vehicles that are more aerodynamic and energy efficient. It is estimated that by adopting these changes, the region’s long-haul industry will produce less carbon dioxide, consume less fuel, and even save lives.

Under the regulations, truck makers will be allowed to lengthen the design of their vehicles’ cabs by up to 80-90 cm, provided that the extra space is utilized to provide drivers with better vision. Extending the cab will likely result in Europe’s next-generation trucks looking quite similar to the Tesla Semi, which features a large wraparound windshield that gives drivers a commanding view of the road and the vehicle’s surroundings.

These changes are expected to make trucks safer for the public, as the curved cabs could deflect pedestrian and cyclists during collissions in a safer way. Pedestrians that are hit by conventional, brick-shaped trucks run the risk of going under the vehicle’s wheels after the impact. This risk is significantly reduced in trucks that have more rounded edges in front.

The European Federation for Transport and Environment (also known as Transport and Environment or T&E) notes that Europe sees around 4,000 fatalities per year from truck-related incidents. From this number, around 1,000 are comprised of cyclists and pedestrians. James Nix, freight director at T&E, noted that the new law is ultimately a win for both the trucking industry and the public. “The truck of the future will be sleeker, reducing fuel bills and emissions. It will also be safer through better driver vision of cyclists and pedestrians in particular,” he said.

Apart from making long-haulers safer to the public, the shift to more aerodynamic truck designs is expected to reduce the industry’s carbon emissions by 7-10%. The reforms are also estimated to help reduce fuel bills by up to 5% in long-haul trucks and up to 10% in vehicles that are fitted with more advanced engines.

Europe’s aerodynamic trucks are expected to start getting deployed beginning September 2020, a target that has been met by a rather tepid response from the European Automobile Manufacturers Association. Before the proposal was confirmed by members of the European Parliament, the association proved quite skeptical of the initiative, stating that the redesigned vehicles will likely not be ready for the 2020 goal, as noted by The Irish Times.

This recent regulation, as well as the hesitation from the European Automobile Manufacturers Association, all but opens a large market for electric trucks like the Tesla Semi, which already conforms to the design suggested in the new regulations. Add the benefit of the Semi’s low operating cost and its zero-emissions due to its all-electric construction, and the vehicle all but becomes tailor-fit for Europe changing trucking market.

It’s not just Tesla that can take advantage of Europe’s new initiative, either, as companies like hydrogen-electric truck maker Nikola could also deploy its aerodynamic long-haulers like the Nikola One and Nikola Two to the region. Nevertheless, Nikola might need to revisit its plans for Europe, as the vehicle it created for the region, the Nikola Tre, features a conventional brick-like design.