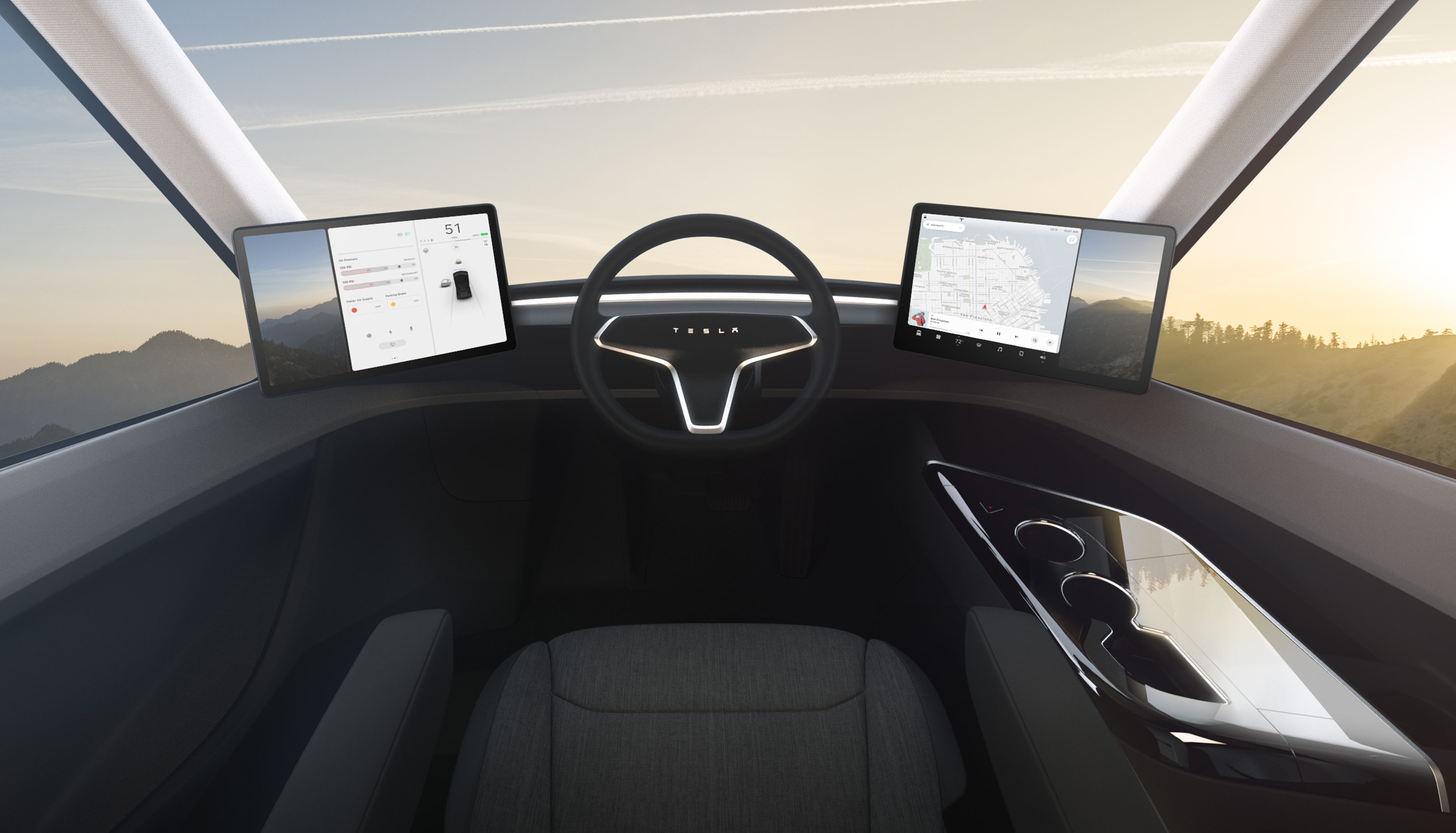 How Tesla’s Semi will dramatically alter the trucking industry

The Tesla Semi offers something to the trucking industry that could drastically alter the entire freight moving sector. The trucking industry has seen major changes since it began roughly a century ago and has, despite the assumptions of many outsiders looking in, been one of the more technologically-advanced industries in our nation. Trucks themselves have seen huge changes in the past few decades while the freight industry as a whole has been reinvented and revamped multiple times over in that same time period.

Nasdaq.com contributor Martin Tillier mentions the impacts that the Tesla Semi and others with similar game-changing technologies will have on the trucking industry long-term. Most notably with autonomous trucks and their electric powertrains.

“The technological change that benefits trucking and delivery businesses has been widely reported, but in my experience most people that I ask about it focus on the potential negatives rather than looking for opportunities,” writes Tillier. “..they ignore the biggest beneficiary of all: trucking companies. They are looking at a future where two of their major costs, fuel and drivers, will be dramatically lower..”

Those salient points are much bigger-picture than most commenting on the Tesla Semi and other related vehicles would note. Just about every major manufacturer of commercial vehicles, including Class 8 trucks, is getting in on the electrification game and many are also building towards automation. The companies most often noted, like Tesla and Nikola, are actually side-players compared to the already-established heavy-duty builders like Paccar (Kenworth, Peterbilt), Daimler, Volvo, and the like. Even manufacturers like Cummins are working with alternatives to petroleum-burning drivetrains. 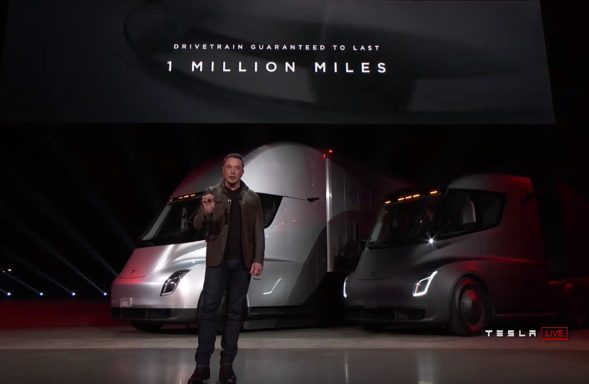 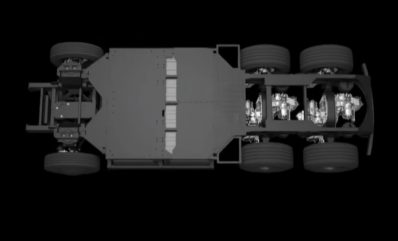 The stakes are huge. According to the American Trucking Associations, over 70 percent of the freight (by tonnage) moved in the United States is moved by truck. There are about ten and a half billion tons of freight moved around the U.S. annually and about 3.6 million Class 8 trucks on the road pulling that freight.

The electrification of trucks is a big step. It won’t happen really quickly, but it will happen eventually. How, exactly, that electrification comes will depend on a lot of things. It could be the battery-powered Tesla Semi or it could be the hydrogen fuel cell-run Toyota-Kenworth collaboration. Or any mixture of things, including the range-extending turbine proposed for the original Nikola design or that of Capstone. Whatever the solution or solutions are, freight-hauling trucks of all sizes are going to become electric. That’s a given.

Why? For the same reason they all went to diesel a few decades ago. It’s more efficient and thus cheaper. Before diesel, most trucks were powered by gasoline and were extremely inefficient, hauling less weight and getting worse fuel economy. Diesel itself saw many changes over time as the engines it powered improved and emissions fell. Currently, trucks use around 38 billion gallons of diesel fuel a year. At four dollars a gallon, that’s about $152 billion in fuel. With electricity, costs could be a fraction of diesel. Roughly a quarter of the cost, in fact, in worst-case assumptions. More optimistic numbers would put it in the 1/16th to 1/8th fractions. 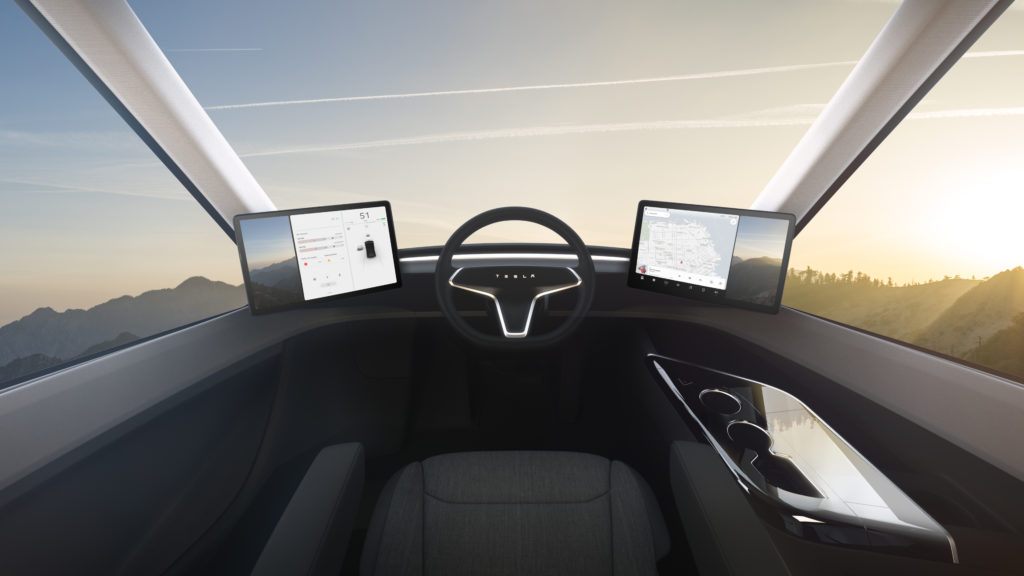 The gains with autonomous self-driving or driving assist technology are even higher. In trucking, the highest cost to the trucking company is the driver behind the wheel, with wages and benefits–not to mention legalities and downtime–having the highest impact on the bottom line. A truck driver can legally drive for 11 hours per day and most drivers average about 600 miles daily. An autonomous truck could drive 24/7, stopping only to load/unload or refuel. Self-driving trucks would also solve a problem that’s long plagued the trucking industry: driver shortages.

Truck drivers will lose jobs, yes. Eventually. Remember, we’re talking decades here, not years. When (not if) automated big trucks take over as the bulk of the industry’s means of moving freight, most drivers will be required to find new careers. We must remember, however, that truck driving is essentially made up of a labor force which has little formal training and mostly on-the-job experience as their primary resume point. These drivers become more skilled with time and hence demand higher wages. The most skilled workers in truck driving tend also be those closest to retirement. Replacements for those skilled drivers are new drivers who’ve completed perhaps three weeks of trucking school and a month of over-the-road training with a slightly more skilled driver as a mentor. This doesn’t make trucking an easy job, but it does mean that those with the most skills are the least likely to lose their jobs when automation becomes the norm. 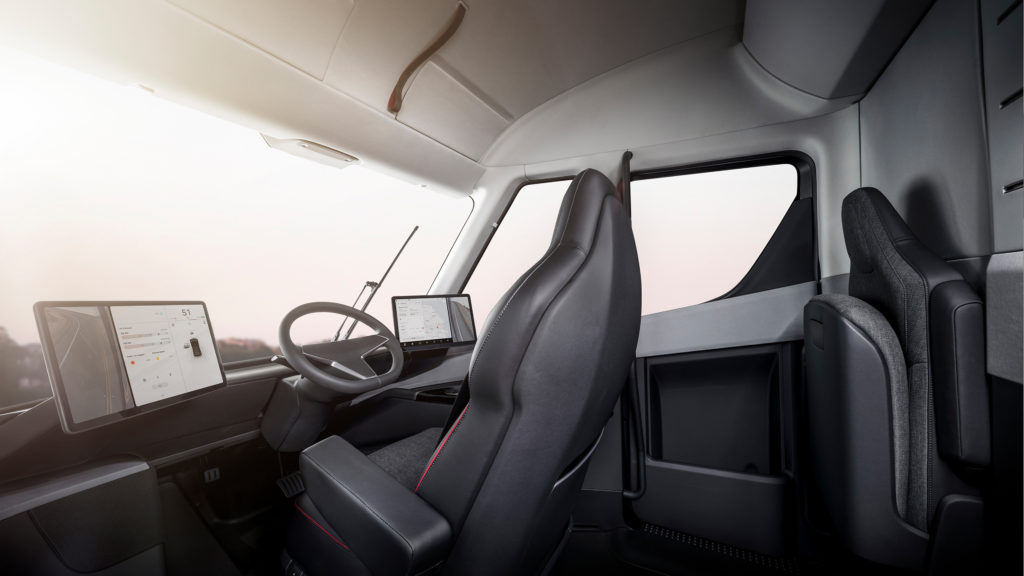 We can argue until our fingers bleed, typing about the feasibility of the Tesla Semi and Elon Musk’s promises for the truck’s capabilities. Whether Tesla delivers on those promises is moot; as we know that someone, somewhere, and sometime very soon will deliver on similar promises regardless. The trucking industry is going through another sea change. Those in technology, used to a new iPhone every year and who hashtag about cryptocurrencies, might consider a decade or two as a long time to wait. Those in manufacturing and transportation, however, see twenty years as a single generation and their version of 2.0 has huge economic impacts on the nation’s and world’s economies.

The trucking industry knows that electrification and automation are coming. Fast. The Tesla Semi may or may not physically bring that revolution, but it certainly does symbolize it.

How Tesla’s Semi will dramatically alter the trucking industry